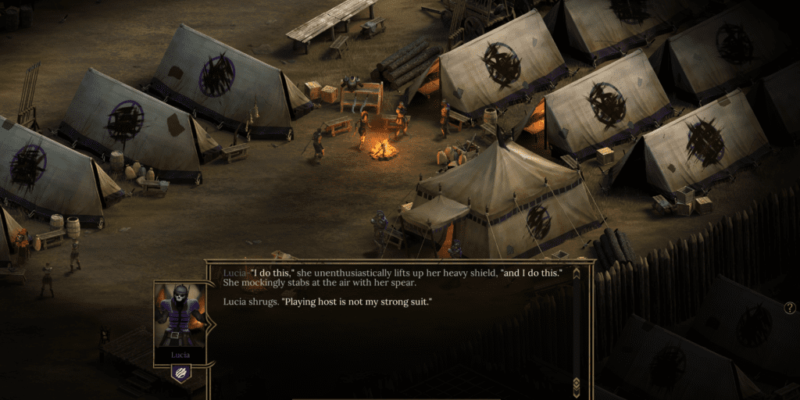 A second patch for Obsidian’s judicial bureaucracy simulator Tyranny has been released today, taking the game to version 1.02. It weighs in at about 300mb, and brings a multitude of quest and gameplay fixes with it.

The quest stuff is all a bit spoiler-heavy, so if you want to know the specifics of those changes I’d advise going to the link above and revealing the hidden patch notes. Gameplay-wise, it’s useful stuff like “Multiple crashes reported by the community should no longer occur” and “Improved asynchronous loading of files at startup.” Numerous additional audio cues have been added throughout the game too.

Here are the non-spoiler patch notes for Tyranny 1.02. Again, there’s more stuff at Obsidian’s forum, if you don’t mind spoilers.