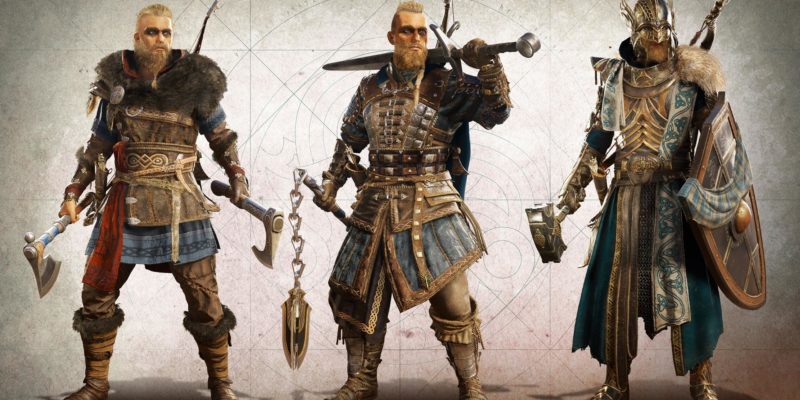 Look, we know that in the Viking age, Reebok was absolutely not a thing. The sportswear manufacturer has been around for a while, since 1895 in fact, but not that long. Even so, Ubisoft has collaborated with Reebok to create a clothing and sneaker line based on Assassin’s Creed Valhalla.

If you fancy taking regular breaks from Viking raiding to go for a quick run, Ubisoft has detailed the full product line. Three pairs of sneakers (AKA trainers here in the UK) will comprise the lineup, and each have a distinct Valhalla theme. There’s the Zig Kinetica shoe, which is inspired by “the deep black of the Nordic night” and contains a Raven symbol. Then, there’s the Classic Leather Legacy effort, which adds a dash of “emerald sea” color. Finally, the Club C Revenge shoe has Valhalla‘s twin battle ax symbol on its heel.

To match, the Assassin’s Creed Valhalla Reebok collaboration extends to clothing as well. There’s a hoodie, a cap, and a pair of socks designed to match any of the shoes. These are more of your standard gaming merch, and something Assassin’s Creed fans are more likely to actually wear. All three clothing items feature the Assassin’s creed logo, alongside various other Viking-themed icons and symbols.

Back in the game

In regards to the game itself, Ubisoft is cranking up the advertising efforts there, too. A week ago, the official cinematic TV advert released, giving us another glimpse at the beauty of Viking-era England. Like most of its kind, the clip didn’t contain much gameplay at all, but anything Valhalla shows still makes us want to go raiding.

Raiding we shall certainly do. Last month, Ubisoft also detailed its post launch plans for Assassin’s Creed Valhalla. In summer 2021, the season pass will take us to France for the famous Viking siege of Paris. Ireland is also featured in the Wrath of the Druids expansion, meaning we’ll be doing plenty of sailing and raiding after launch.

If you want some new gear to match the game, the Reebok collaboration goes live online tomorrow, November 7. If the game itself is your biggest priority, Assassin’s Creed Valhalla launches November 10.

Bloober Team’s The Medium has been delayed to January 2021