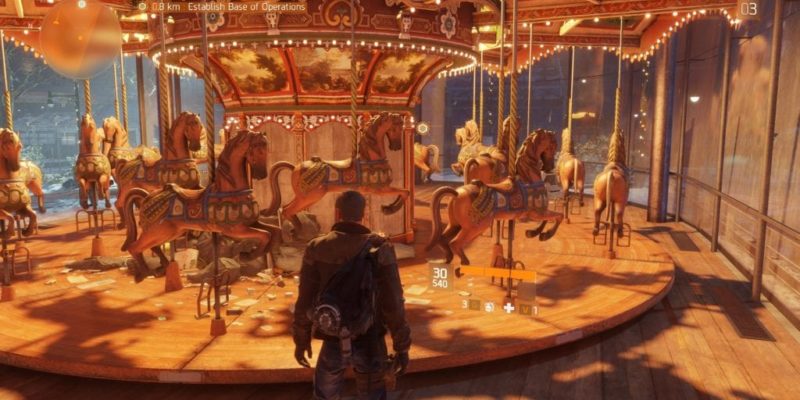 UbiSoft has released a full statement this evening regarding cheating that’s been plaguing The Division since launch.

According to the update, the development team has now added cheat detection methods to the game so cheaters beware. They will now be dishing out two week and full bans for players found to be persistent offenders.

To make sure everyone knows what’s happening, here’s the full post:

Cheating players have been an issue for a number of you in the Dark Zone, and we’ve heard this feedback loud and clear. We are strengthening our efforts to address this problem, as described below.

First, we have implemented new cheat detection methods that have allowed us to identify many more players currently using cheat engines in the game. We have already caught more cheaters in the last few days than we had in total during the previous weeks. As a result, we will be handing out the biggest wave of suspensions and bans to date over the course of the next few days.

Second, when cheaters are caught, we will now apply a suspension of 14 days on first offense (instead of the previous 3 day initial suspension). Second offense will always be a permanent ban.

We anticipate these two changes will noticeably improve your experience. New upgrades on cheat detection are underway.

What is a bug exploit?

An exploit is the active triggering and use of a bug or glitch to bypass established game rules in order to gain a significant advantage or skip progression steps otherwise necessary.

Identifying and fixing bugs before releasing new content is one of the most important parts of game development. This is also the best way to guarantee a smooth and enjoyable experience for our players. Learning from the past and your great feedback, we are currently reviewing our development and testing process to further minimize the amount and impact of these bugs going forward.

Unfortunately, we cannot simulate the experience that millions of different players will have, and how they will play the game. As a result, some bugs may make it through testing, and may be present when an update is deployed. In the event that a bug makes it into the game, and this bug can be used by players to gain an advantage, we need to be able to react and fix it, but also dissuade players from exploiting this bug until it is fixed. This is why moving forward we will adopt a stronger stance against players abusing exploits.

Our first step is to give you clearer and more concrete visibility. Should new bugs be discovered, we will quickly confirm if these are considered exploits. All known exploits will be clearly listed in a public forum thread and across our various communication platforms. We want all players to be informed. This will ensure that those caught after an exploit was confirmed are aware of the consequences and actions that can be taken against them.

Second, sanctions will be implemented for players who repeatedly abuse exploits and will vary depending on the severity of the abuse, as well as the history of the player. Possible sanctions include character rollbacks, account suspensions and permanent bans. Those who encounter bugs during the normal course of play have absolutely nothing to worry about.

As mentioned earlier, providing a high-quality experience is our priority. Fixing game bugs is one aspect of it, and we are improving our processes to address that. Dissuading players from impairing others’ gameplay by violating the rules of the game is another aspect. We also want to give you better visibility and transparency. We are fully committed to providing an enjoyable and fair environment for all our players, and will take all steps necessary to achieve this goal.

See you in game!