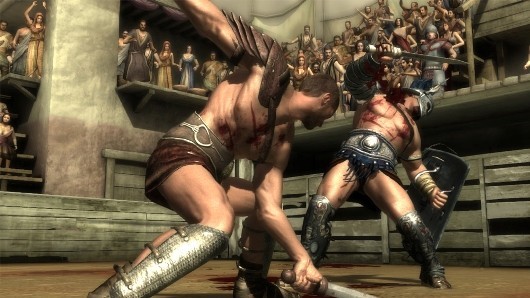 If you’re a fan of naked chests (male and female), then there’s a strong chance you’ve watched one or more seasons of the Starz show Spartacus. Should this interest coincide with videogames, then you may just be in luck. Ubisoft has just announced that Spartacus Legends will be coming to “your favourite console” (that’s nice and vague, thanks Ubisoft) in early 2013.

The game is promising some “primeval gladiator moments”, with a bunch of weapons and skills available so you can customise your gladiator into a one-man tournament winning champion. Offline and online multiplayer will be included too, so you can challenge your friends to brutal fights to the death. What are friends for, after all?

If you don’t fancy building up your own gladiator, you can play as Spartacus or Crixus from the series. Liam McIntyre, the chap who took over as Spartacus after the death of original lead Andy Whitfeld, will be lending his voice and image to the title.

If you happen to be lurking around the San Diego Comic-Con between 12-15 July, you can play the game for yourself at the Starz Media booth.