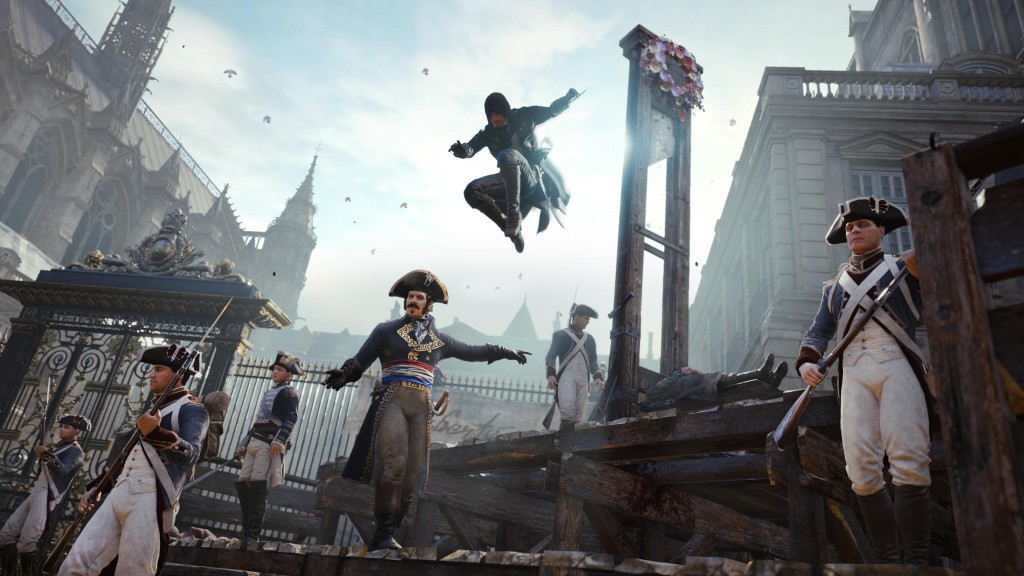 With no reviews available until the game was released, alarm bells were ringing.

This week one of the hottest topics has been the lack of reviews before the release of Assassin’s Creed Unity. We didn’t receive PC code until two days after release and we posted about the problem earlier this week.

When a game doesn’t arrive on time, or is sent over post release, we’re always a little suspicious as to why the publisher is holding back the code. When if comes to AAA titles, any publisher will be keen to get the fans into the shops for a purchase before any impressions or reviews appear just as a precaution.

The delay of the Assassin’s Creed Unity review code has backfired this week and Ubisoft responded to criticism on the BBC when questioned about the reason for holding back review code. A Ubisoft spokesperson commented:

“The nature of games themselves and the way they are being reviewed is changing, as evidenced by games like Assassin’s Creed Unity, Destiny and The Crew – games that have significant online components

“Having the online elements available and having populated worlds is essential to creating a representative and complete experience for reviewers.

“Achieving this prior to launch is incredibly complex, which is why some games are being reviewed much closer – or as was the case with Destiny, even after – the game launches.

“We are working to adapt our services and communications with consumers accordingly, both by changing the way we work with reviewers and by offering customers open betas or other early access to some games, all so that they have the information they need and want.”

The argument of having to have online components active for reviewing purposes doesn’t really cut it because that’s not the main issue with Assassin’s Creed Unity, it’s the game’s bugs and performance that’s been the main criticism.

If Ubisoft had released an early access version, as has been suggested in the comment, perhaps they would have identified the performance issues before the game hit the shops. It’s something worth thinking about for the future and I’m sure most PC gamers would welcome this.

It’s also worth noting that a reviewer will more than likely look at the online component of a game after the single player is completed. This leads me to think Ubisoft knew the game was in pretty bad shape. There would be no reason to hold back on code as reviewers would be aware that any online play was not active for review and therefore could not be reviewed. If a review was posted before the single player was completed and multiplayer was not fully tested, the reviewer would not being doing their job.

Do you agree with with the above statement from Ubisoft?