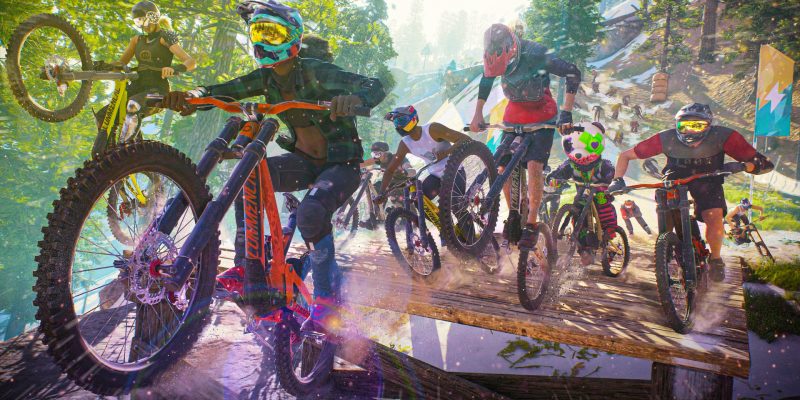 There’s no doubt that this E3 isn’t like the ones in the past. The all-digital format has allowed developers and publishers to showcase their projects from the comfort of home or wherever they are in the world. Ubisoft showcased its games in the works with a pre-show followed up by Ubisoft Forward. It was during the main show that it revealed more about its upcoming extreme sports thrill ride. The release date was also revealed with Riders Republic launching on September 2 this year.

Riders Republic now has a release date following a small delay earlier this year. However, that small time in incubation might have allowed the team to flesh out more of the game’s modes. It looks like there will be a training area to refine your skills. But, the gameplay shown off in the trailer also showed a sprawling open world to select different environments whether on a snowboard or mountain bike. In total, you’ll be able to snowboard, ski, bike, and glide through the air with a flying wingsuit.

If it’s snow you want, small snow skatepark-style areas will have kickers and rails to ride. It’s there where you can grind to obtain stars to unlock new gear in the game. The Riders Ridge location was also revealed, which will act as a hub for all the modes.

One of the big standouts in the trailer were the mass races. These will have hordes of players along for the ride as everyone comes barreling down for a sprint to the finish. Other modes include a team-driven trick bonanza called Tricks Battle in a 6v6 match. Think of it like the Tony Hawk’s Pro Skater graffiti mode. Again, it’s all about grinding to get wins and unlock more content throughout the world of Riders Republic.

As mentioned, Riders Republic has a release date of September 2, 2021. You can visit the website and register for future betas.