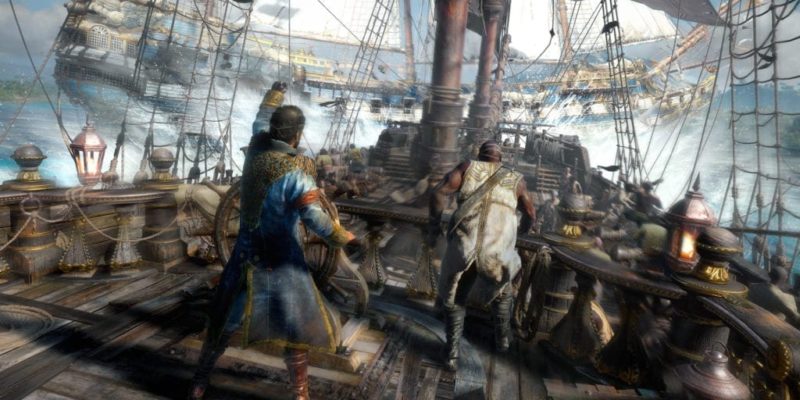 Announced a few years back, the pirate-themed action title Skull & Bones has been delayed until at least 2020. Ubisoft made the announcement during its 2018-2019 fiscal report, which stated the game will not be releasing before March 2020. While that doesn’t mean the title is now on track for a Spring 2020 release, it does indicate we’ll need to wait almost another full year before taking to the high seas.

This isn’t the first time the game has been docked (that’s a little bit of seafaring humor). For the past few years, Ubisoft has announced a delay of one kind or another. First, it was “to give itself more time to develop” the title, and now it’s simply to make room for four other triple-A titles releasing this year. Ghost Recon Breakpoint is one of those, and the potentially-happening Splinter Cell is likely another.

As for how Skull & Bones will play when it does eventually release, we don’t really know. The original idea seemed to be an off-shoot of the sailing features from Assassin’s Creed, just with an emphasis on multiplayer battles. Seeing as how even Assassin’s Creed doesn’t put much focus on its water-based vehicles, will Skull & Bones retain much of what many considered Black Flag‘s defining feature? Will Ubisoft rework the game into a single-player title with less multiplayer dedicated game modes?

All we have is speculation, which goes double for what new games Ubisoft will be releasing this year. Is the rumored Watch Dogs 3 a thing? That could happen, seeing as how Assassin’s Creed is taking a year off. Will they deliver some other Tom Clancy installment that isn’t Splinter Cell or Ghost Recon? Heck, maybe Rayman could make a surprise return. This fiscal report brings up a lot more questions than it answers, to be honest.

Meet the Toreador Clan in Vampire: The Masquerade – Bloodlines 2