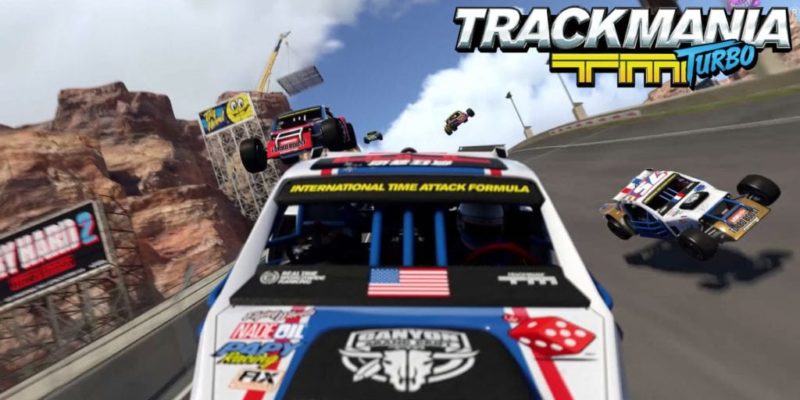 Further to our story about the lack of a PC open beta for Trackmania Turbo, Ubisoft have sent us a statement explaining their decision. It suggests Nadeo and Ubi are both confident about the server infrastructure on PC, so that area won’t require the same sort of stress testing.

There’s also confirmation that the PC version will have a “free trial” available from release day (22 March in the US, 24 March in Europe); so while players won’t get to dive in early on our platform, there will at least still be a way to sample the game.

Here’s the statement from Ubisoft’s spokesperson:

“As Trackmania is historically a franchise that has been built on PC, we wanted to focus special attention on our infrastructures on consoles to ensure the best possible experience for all players at launch. The objective of this Open Beta is to stress test these infrastructures with a large number of players right before launch to ensure the smoothest launch possible.

PC players will be able to discover the game through a free trial that will be available once the game has launched on March 22 in North America and March 24 in Europe.”

By Jake Su43 mins ago
Industry