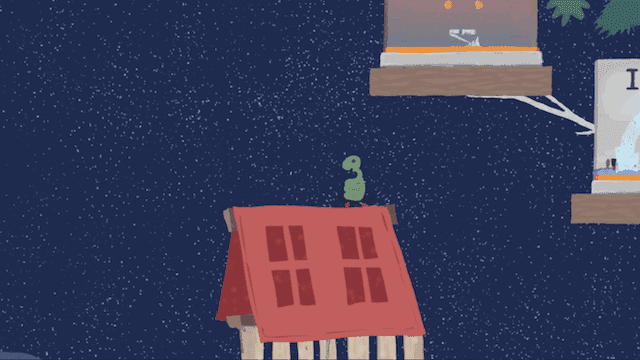 Clever Endeavour Games is about to slither a new update into its hit game Ultimate Chicken Horse. The developer detailed this update today, which is set to arrive on March 12. They have a few surprises in store for it — including a snake that can apparently ride a skateboard.

Snake is the latest character joining the party. With the help of his board, he is able to get around a stage with ease. That makes him a great opponent against other characters.

In addition, the update will include two new levels. The first is The Ballroom, a perfect spot for a skirmish with its hanging, light-up chandeliers. Then there’s Space, a truly weird stage with a gigantic UFO and floating tennis balls. You’ll surely have fun with that one.

Ultimate Chicken Horse will see four new blocks join the party as well. There’s the flamethrower, the one-way gate, the cannon, and the beehive. You can mix these items up over the course of the game and throw your buddies for a loop. If you’re interested, make sure to check out how each one of them works. (Oh, and try not to anger the bees too much.)

What else is in store for this party game?

In addition, Clever Endeavour Games noted that Ultimate Chicken Horse will be getting some tweaks. These include a few small fixes to improve the game’s overall performance.

To unlock the items within the game, players simply need to collect unlock boxes over the course of each stage. They’re easy to spot, marked by a “?” sign. As for the new blocks, they’ll be available for use right from the get-go.

Ultimate Chicken Horse‘s latest trailer is above, showing this new update in action. If you haven’t picked up the game yet, you can still add it to your Steam library.