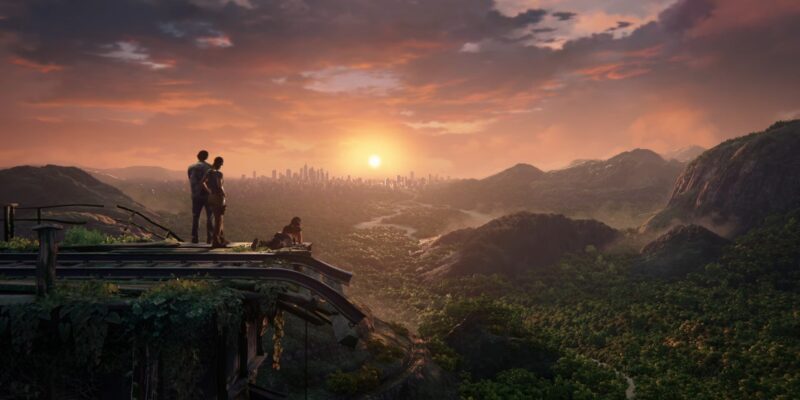 Uncharted 4: A Thief's End and Uncharted: The Lost Legacy are heading to PC soon.

When Sony let slip that Uncharted 4 was coming to PC, it was being more coy than we realized. During the PlayStation Showcase 2021 earlier today, the company revealed Uncharted: Legacy of Thieves Collection, coming to PC in 2022. The collection is exactly as you think: both Uncharted 4: A Thief’s End and Uncharted: The Lost Legacy, remastered and coming to Steam and the Epic Games Store.

While I’m sure we would have happily taken Uncharted 4, having the also great spin-off is an awesome bonus. A Thief’s End affectively wraps up the adventures of Nathan Drake. The Lost Legacy, however, chronicles a short story starring Chloe Frazer and Nadine Ross as they travel to India. Both games are highly regarded, and by that I mean they kick ass. It’s good to see our old friend Nathan finally hop off PlayStation on the search for the golden framerate of the ancients, or something like that.

Uncharted 4: A Thief’s End and Uncharted: The Lost Legacy came out in 2016 and 2017, respectively. The fourth game in the series, A Thief’s End saw a retired Nathan Drake, living out his days playing Crash Bandicoot with his wife, Elena. Bored of sitting around, he leaps back into the thick of things when his estranged brother Sam comes around, harping on about pirate treasure. The Lost Legacy is a standalone expansion, of sorts, but has nothing to do with Nate. Instead, Cloe and Nadine pair up to hunt down the tusk of Ganesh. The Lost Legacy is a shorter game than Uncharted 4, but uses the same engine and gameplay features, such as driving, that its cousin introduced.

One last adventure, or two

It is unusual for Sony to greenlight the final Uncharted games, as opposed to the entire franchise. But I suppose we should be grateful when it comes to the company. Sony has been warming up to the PC as of late, bringing games like Days Gone and Horizon: Zero Dawn over. However, it still champions a “console first” approach to its business. Perhaps if these PC ventures prove successful, Sony will grace us with some more games once called exclusive. Maybe God of War: Ragnarok? Come on, Sony. Let’s talk.

Uncharted: Legacy of Thieves Collection heads to PC via Steam and the Epic Games Store in 2022. According to the PlayStation Blog, the collection will release onto the PS5 first, early in 2022, and the PC version will come out “shortly after.”

Star Wars: Knights of the Old Republic Remake is real, and is coming to PC