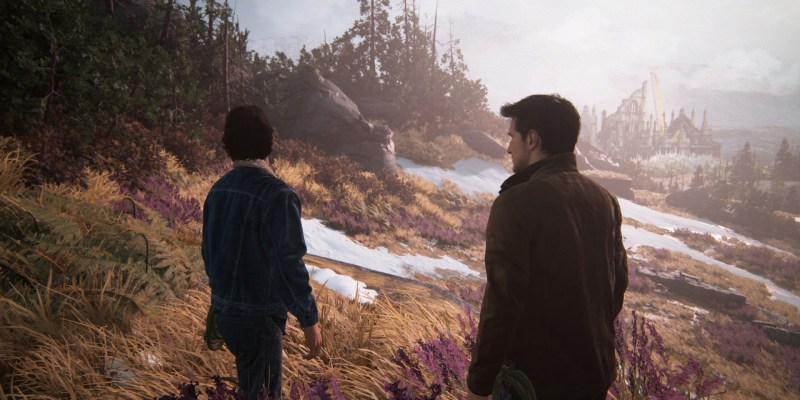 Uncharted: Legacy of Thieves Collection is finally here, bringing with it some top-notch visuals that show just how stunning Naughty Dog’s games are. I hope you have a lot of hard drive space, as the download is absolutely massive despite containing a 6-year-old game and its expansion. The initial download is 90 GB and weighs in at 120 GB once installed. These are some serious full-install-of-Call-of-Duty numbers, aren’t they? If you’ve got slow internet and you’re dead set on jumping in, you have my condolences. You might want to watch the Snyder cut of Justice League in the meantime. I’m just kidding. You probably don’t want to do that.

If you’re hoping that Uncharted: Legacy of Thieves Collection runs well, it absolutely does. There are instances that drag the framerate down, such as the opening of Lost Legacy due to the city having so many characters and buildings onscreen at once. With a 3090 FE and 2600x (yes, old processor, we get it) the framerate would drop to 60 during these busy sections. The part in Uncharted 4 where Nate, Sam, and Sully are at the black market auction in Italy has similar performance. But aside from that? I tended to have 80 fps and up. As there are smaller, underground areas, I would have over 100 fps in those.

Regardless, I saw few dips. The collection is pretty much exactly what I wanted out of a port of these games. I did have a single crash during Lost Legacy, however. Of course, the games autosave frequently, so this wasn’t much of a big deal and it was really just the one time. I can’t say enough just how amazing the game looks with max graphics and high framerates, though. It’s very easy to appreciate Naughty Dog’s technical mastery here and climbing around in the series’ gorgeous locales is really something. I’ve gone ahead and taken screenshots of all the games menus, in case you wanted to see those. It’s worth noting that there’s no ray tracing. It appears that you have to have HDR turned on via Windows before the HDR option will even appear in the Display tab. 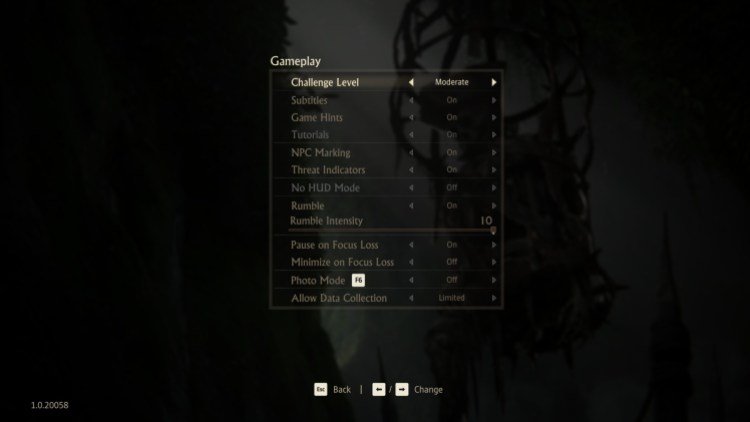 As you can see on the very bottom, there’s no way to completely turn data collection off. You either choose full or limited. If you don’t want Sony grabbing your data, then you may want to avoid the collection. I’m pretty sure the other ports have the same feature, but it’s annoying all the same — unless you just play with your internet disabled (wink, wink). 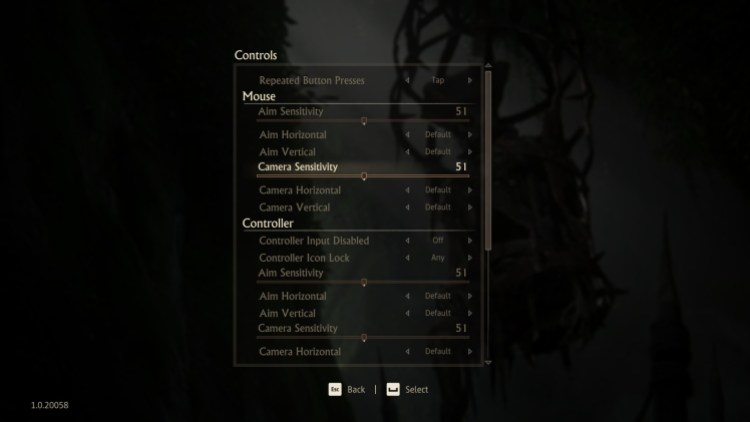 Uncharted: Legacy of Thieves Collection has the amount of mouse and keyboard support you’d expect of a high-quality port. You can easily fine-tune your sensitivities without issue. The only thing is that I couldn’t find a way to change the reticle into a dot, so you’ll have to make due with the big circles the games tend to provide. 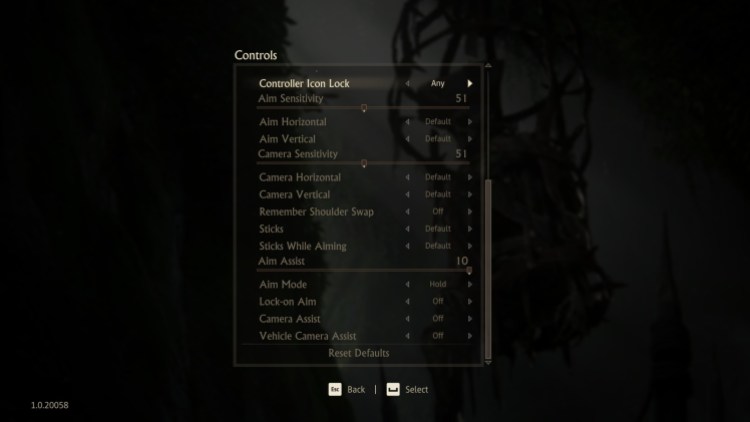 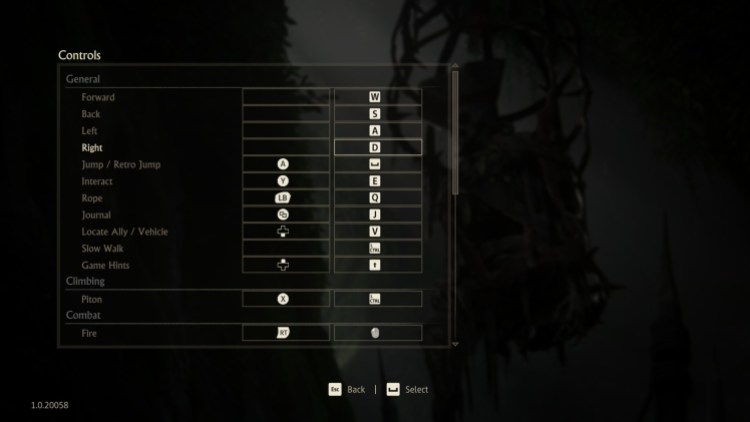 We’ve got fully rebindable controls for the ol’ keyboard. And that’s good, because I’m not in love with the default controls here: space bar climbs, shift rolls and puts you in cover. Simple enough, but it just doesn’t feel right to me. Honestly, Uncharted: Legacy of Thieves Collection feels better to me with a controller. However, I do often find myself moving my right hand off of my controller and onto my mouse to aim instead of using the right analog stick. But that naturally leaves me unable to take cover while shooting. I’m probably gonna remap that. 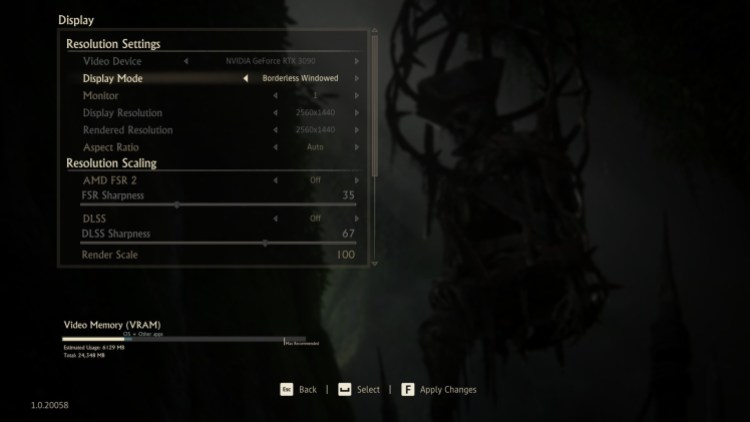 For display options, we’ve got borderless and windowed. Surprisingly, there’s no fullscreen option. You’ve also got a choice between FSR and DLSS, so everybody should be happy. Well, with the options, at least, but not in general. It’s been another one of those years, hasn’t it? Your choices show you how much VRAM you’re using. 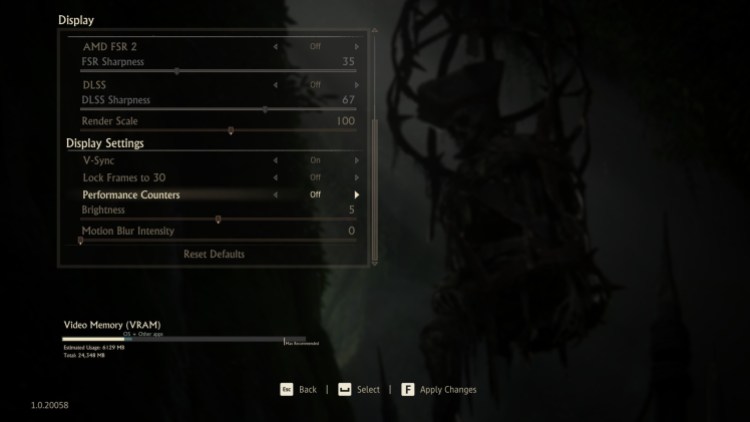 You can lock frames to 30 via this section, but just reading that makes me grimace. We only got the games in Uncharted: Legacy of Thieves Collection off of the PS4 this year and people are going to put it back to 30 fps? For shame. You can either unlock your framerate or lock it at 30 fps; there are no other options for 60 fps, 120 fps, etc. If you want to cap the game at 60, you’ll need to do it via the Nvidia panel or some other piece of software. The HDR option should show up below Motion Blur Intensity if you have it activated, but even then it’s apparently a slider that won’t grant true HDR. 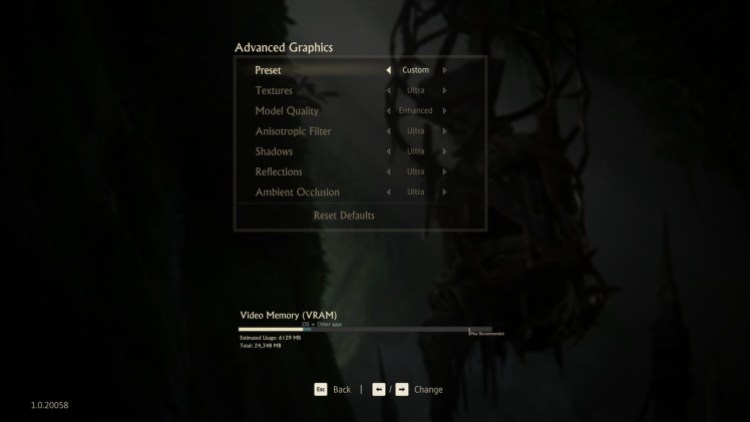 The collection brings fewer advanced graphics options than I was expecting, honestly. Textures, models, and shadows are the big ones excluded from the menu. But you can also slap on the anisotropic filter and ambient occlusion. If you were hoping for a giant slate of ridiculous PC-exclusive options, well, think again. The games undeniably look phenomenal anyway. 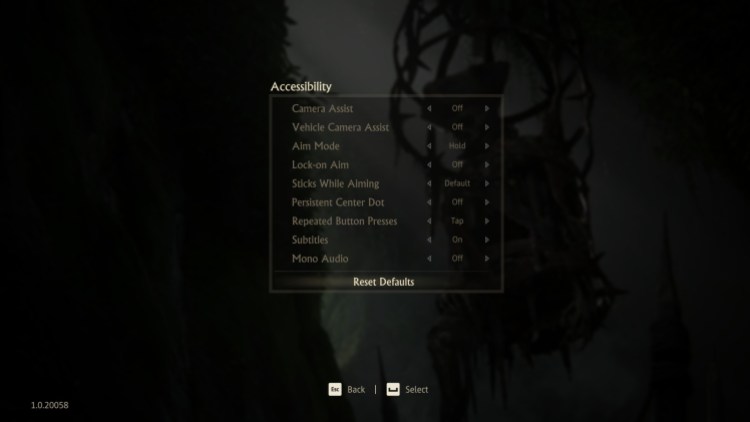 You can have a persistent center dot on the screen, but it doesn’t show up when you’re aiming. You can’t use it to get a tiny little dot for your pistol shots, so don’t even bother trying. The dot straight-up vanishes while you’re aiming. Tough break, kid. Also note that despite Uncharted 4‘s lightning potentially causing seizures, there’s no option to turn it off or reduce flashing. If you’re photosensitive you should steer clear of this collection.

And that breaks down Uncharted: Legacy of Thieves Collection on PC. Once again, a very respectable port that’s on par with or possibly even better than God of War‘s. It’s an absolute treat to see these games running how they were meant to after all these years. Almost brings a tear to the eye. But not really.

There are no plans for a Cyberpunk: Edgerunners season 2