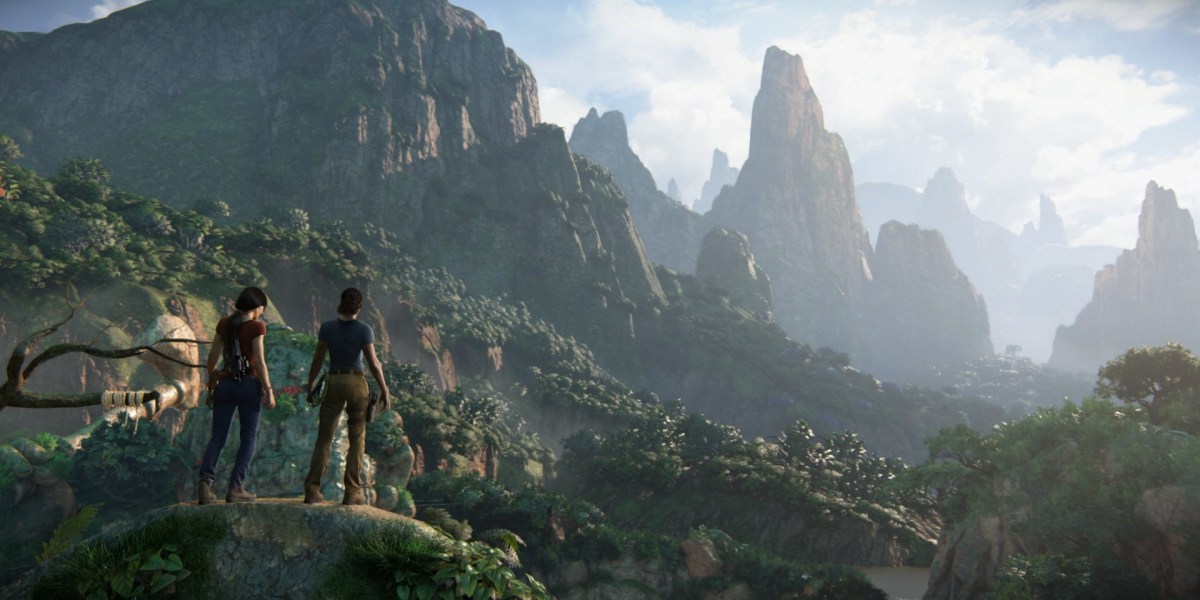 If you want to be technical, there have been a few Naughty Dog games on PC already with the remake of the original Crash Bandicoot trilogy. Of course, those were put together by Vicarious Visions, so big emphasis on the technical aspect. With Uncharted: Legacy of Thieves Collection, the PC platform has finally been graced by Naughty Dog’s presence. This collection contains what I consider to be the best of the Uncharted games along with its enjoyable, yet less impressive expansion. The ports are excellent and the games look better than ever, making this a worthwhile introduction to Nathan Drake and company. As long as you’re not photosensitive.

Obviously, previous games in the Uncharted series haven’t made it to PC, so it’s a bit weird to start off with what basically amounts to the franchise’s swan song. Uncharted 4 easily has the best narrative presentation of the entire series, as directed by the duo behind The Last of Us. Granted, the story and many of its characters won’t mean as much to you if this is your first outing, but the game stands well on its own. Nathan Drake is a retired treasure hunter who was separated from his brother Sam years prior.

But Sam shows up once again, telling Nate that his life is in danger. If the two of them don’t successfully locate the pirate treasure that was the cause of their separation years before, his life is forfeit. The story in Uncharted 4 is fantastic and filled with drama and pathos. The pacing is also top-notch.

The Lost Legacy, on the other hand, follows Chloe Frazer, a major character from previous games, as she attempts to track down an Indian artifact her father sought out. The expansion’s story isn’t nearly as gripping and it mostly feels like a somewhat shorter compilation of all the typical series beats. 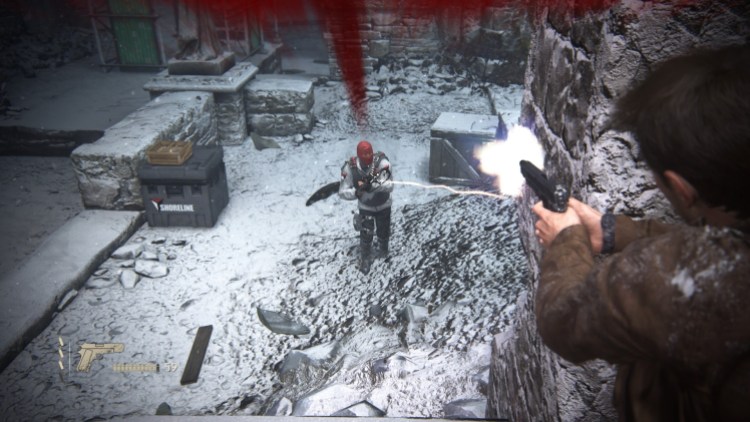 Climb the things, shoot the guys

If you’ve never played an Uncharted game, they follow very similar structures. You go through a series of variable set pieces mostly focused on climbing sequences, puzzles, and cover-based shoot-outs. Uncharted 4 shook up the formula by adding stealth as a frequent option, larger areas, vehicles, a grappling hook, and platforming while sliding. The Lost Legacy also incorporates all of these things, which makes these games feel more interesting than their predecessors from a gameplay perspective. They’re still not particularly deep experiences, though. The series is very much like a major studio blockbuster movie in game form.

Despite Uncharted 4 releasing in 2016, the graphics for both titles are phenomenal. Performance is also more than satisfactory, as it’s often not that hard to get 100 fps. It’s not a stretch to say that it’s hard to find better-looking games. Having mouse support also makes the shooting that much more enjoyable, even if the broader reticles can make aiming precisely a bit tougher than you might expect. Overall, though, these games still play better with a controller, as the shooting is only one part of the experience. I would often just take my right hand off my controller and put it on my mouse when I inevitably had to fire off some rounds.

But many of the shootouts in Uncharted: Legacy of Thieves Collection are purely optional. A good number of them offer you a choice between lighting up your enemies or using stealth to sneak by. I prefer sneaking to Gears of War, so I usually tried to go in quietly. Nate and Chloe can silently take down enemies who are unaware of them, so you can pick foes off one by one. In certain scenarios, you don’t even have to bother with getting rid of the enemies at all, as you can just make a beeline for the exit. But the stealth is very simple and doesn’t allow for much leeway. 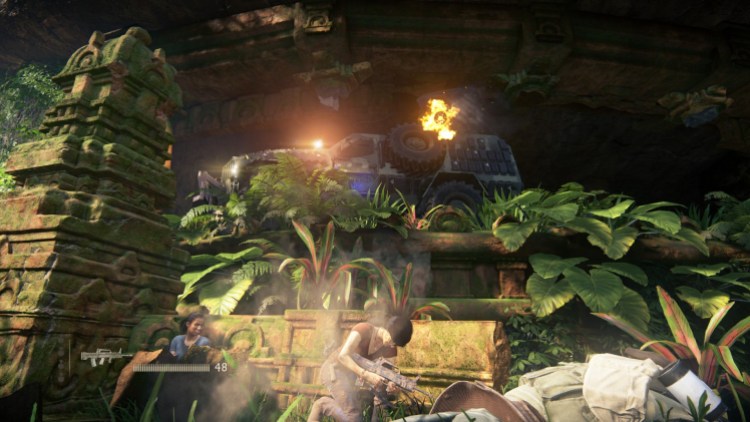 As Uncharted: Legacy of Thieves Collection contains blockbuster-type games, there isn’t an awful lot of depth here. You can explore environments for treasures, but you’re mostly going through a linear series of events one after another to get to the next plot point. Both games do have sections that are more open that let you drive around in a Jeep. The Lost Legacy has an entire chapter where you’re free to tackle locations in a small open world in any order you want, including optional puzzles that reward you with a bracelet that detects treasure.

Uncharted 4 takes about 15 hours, while The Lost Legacy lasts five to seven, depending on if you finish the aforementioned side quest chain in the open chapter or not. They’re both great games, but The Lost Legacy definitely feels a bit perfunctory compared to Uncharted 4, as that game’s directors didn’t return. It’s typical of Naughty Dog’s high level of quality, but it hits a lot of familiar notes, including the game’s exhilarating train finale. Uncharted 4‘s events are much more unique and the more serious tone and deeper themes absolutely make for a more impactful experience.

But there’s a major issue to note. Uncharted 4 begins in media res with a boat chase during a storm. The lightning flashes in this sequence have caused seizures for some. This sequence comes back up in chapter 13. Suffice it to say, if you’re even remotely photosensitive, you should be wary when playing Uncharted 4 — or avoid it altogether. I’m not epileptic, but I’m currently riding out a multi-day migraine from the lightning. I’m hoping this will get alleviated with an extra feature in the accessibility menu, but the game has been this way for six years, so it isn’t looking likely that the problem will be addressed. 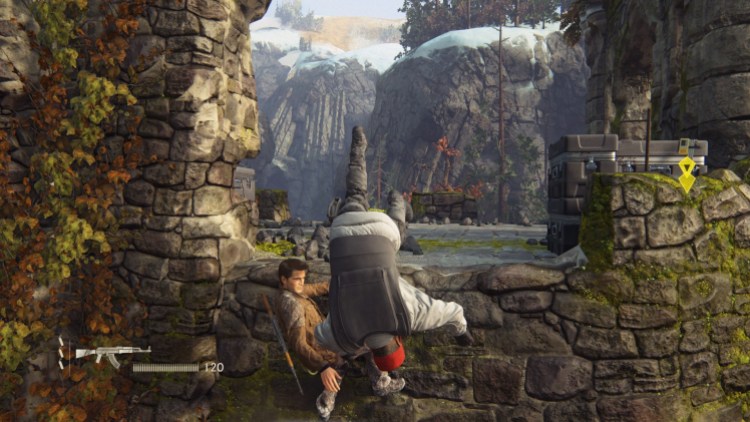 The Lost Legacy thankfully features nothing as problematic. All in all, Uncharted: Legacy of Thieves Collection is a great introduction to the series, featuring over 20 hours of adventures and some of the best graphics in the medium. The games won’t mean as much to you if you haven’t played any of the first three games, but exploring ruins and swinging over chasms in order to get to a treasure before some rich lunatic (yes, this applies to pretty much every game in the series) is as much of a blast as it ever was. Let’s hope we can see the rest of Drake’s adventures on PC one of these days.

Uncharted: Legacy of Thieves Collection doesn't quite hit as hard if you've played the others, but it's still well worth the trip if you're new or aching for a revisit. Just watch out for that lightning.