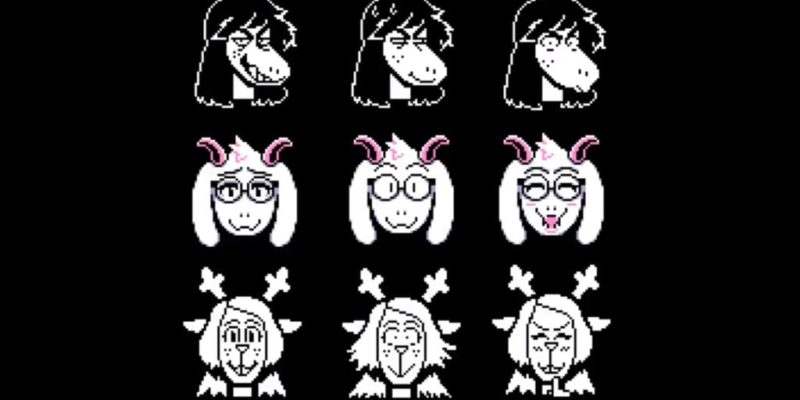 It’s been just shy under a year since Toby Fox released Deltarune. A possible prologue to an Undertale sequel, Deltarune (an anagram of Undertale) was a brief, but seriously good look at what could be next for fans of the original game. The brief adventure was quite the cheeky surprise by the developer. Disguised as a survey program, Deltarune had everything fans would want in a Undertale sequel, from colorful pixel art to fun, new characters. But it has been a while since Fox shared news on the game’s development. That is, until yesterday, when he took to Twitter to talk shop and share some new music.

Development on Deltarune has been positive, Fox wrote. In a series of Tweets, the developer wrote that despite some hurdles, he feels confident that progress has been going well. But that doesn’t mean the game is close to release. On the contrary, he plans to “take [his] time.”

The design of the actual game and the specifics of what happen are going really well. I have a lot of confidence in the game that is currently written in my notes. At least, I think people that enjoy the things that I make, will enjoy it. That's all I'm ever aiming for.

In a followup Tweet, he talks about the challenges he’s faced. And although development has been going steadily, he’s in no rush.

“There are other aspects that are facing some hurdles, but they’ll definitely get overcome,” Fox wrote on Twitter. “Trust me when I say that, although I want to take my time making an excellent game, I also want to get the game into peoples’ hands as quickly as possible. Seriously.”

Alongside the short development update, Fox also shared some new Deltarune music. The first he posted came with the tagline “Welcome to the CITY.” It has an intersection, and a cute dog in one of those toy cars from my childhood. Well, isn’t that nice?

Fox posted two more songs alongside the city tune. First is a song called Lost Girl (Noelle), while the second is another variation of the aforementioned tune. Both are considerably Undertale-ish, and quite lovely if I do say so myself.

Devil’s Hunt review: Don’t make a deal with the devil