Otherside Entertainment are creating the spiritual successor to the classic Underworld II.

Paul Neurath and studio Othersidc Entertainment, who’s goal is to reboot classic game franchises, have revealed that the classic Ultima Underworld series is making a return with Underworld Ascendant.

The studio includes some of team behind the original classic franchise which opened up the world of first person RPGs. Neurath says that their goal is to “make the franchise more vital than ever” but it’s still early days. However, they do have an early prototype already up and running on PC.

The good news is for fans of the series is that the reboot should feel very familiar. Neurath says that this new title “will retain the distinctive fantasy RPG gameplay of the originals” but will also inlcude “new innovations”.

If this is going to happen they’re going to need cash and that means Kickstarter. There’s been no mention on how much they’re looking for just yet, but development will involve participation from the community backing the game. Neurath adds:

“But this can only happen with your help. As an indie studio, we are looking to our fans to fund a significant portion of the development through our upcoming Kickstarter campaign, which begins on February 4th. We aren’t shy about our ambitions to make a great game, but that takes serious resources and effort.”.

It looks like there’s some real talent behind this project too with team members coming from  Looking Glass Studios,  Irrational Games, and Warren Spector is also joining as a consultant.

If you are too young to remember what Underworld II looked like, it was more than 20 years ago after all, then check the shot below. It doesn’t look much by today’s standards but I can vouch for the fact it was superb at the time. 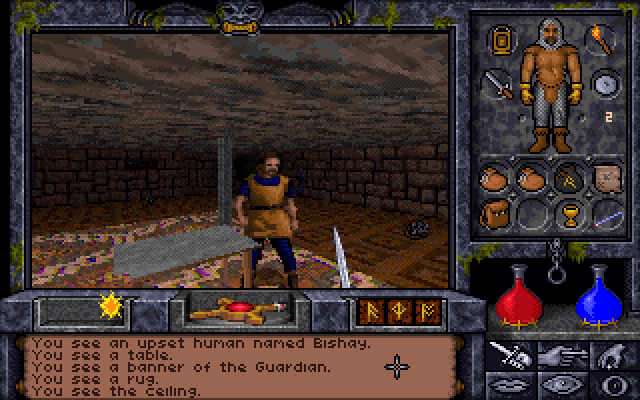 The new game will look better than this. Hopefully.

A website for Underworld Ascendant has now appeared which comes with its very own old-school soundtrack and there’s only been some art released so far.

Thanks Jason over on our Facebook page for the tip.

Oculus to scale down DirectX 9 support in future SDKs