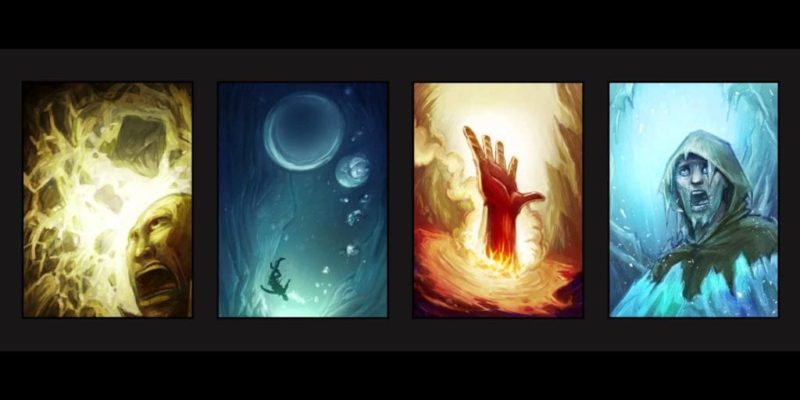 Underworld Ascendant is looking really good anyway, but one of the primary ways of convincing me something is looking good is to talk about emergent play.

This latest video – “The Dynamic Changing Underworld” – is all about that sort of emergent play, and creative solutions. It’s also about spiders, because sigh.

The video focuses on two things: faction interactions, and a specific example of something emergent you could do. The factions all have their own likes and dislikes, so doing something like damming a river might really make the dwarves happy (because they’ve got more dry land to colonise) while pissing off the shamblers (because they like moist, wet terrain).

Then there’s the specific interactions. Let’s say you’re exploring a spider lair in Underworld Ascendant because OF COURSE THERE ARE SPIDERS, but they’re immune to fire, and the only spell you have left is a single fireball spell. Is there a way to get rid of a huge number of spiders with one fireball by manipulating the environment? Yes! Will it cause problems of its own? Yes! And you can see all of this for yourself in the below video, assuming you can tolerate lots of little giant spiders, one seriously huge giant spider, and some terrifying concept art of spiders. Because spiders. Because games.

There’s a lot of discussion about this sort of thing in our recent interview with OtherSide Entertainment’s Paul Neurath, which you should totally read (or listen to) if any of this sounds at all interesting. After that, you should probably go and look at the Underworld Ascendant Kickstarter.

The Escapists bust out a launch trailer

Smite gets a patch notes video for Season 2