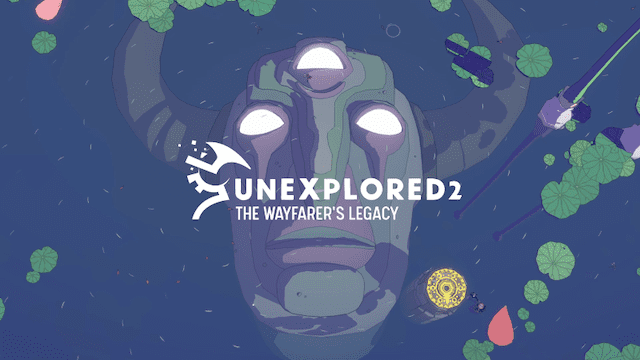 Per the game’s Fig page, Big Sugar and Ludomotion have announced a huge new update added to Unexplored 2: The Wayfarer’s Legacy. The update is free to download now, and anyone that contributed to the game’s Fig fundraising can check it out.

The trailer below highlights some of the new content. But in general, players can encounter a number of new Sprites, as well as more dangerous creatures and fun new terrain to explore.

First off, Unexplored 2 now has new dangers to overcome. These include enemies such as boars, spiders (including poison, “digger,” “phase,” and electric), screaming skulls, and more.

Sprites are also discoverable throughout this world, and you’re able to catch them in containers during your journey. There are five available with the update, including Strong Root, Lightning, Flame, Awe, and Rock. Collect ‘em all!

With Terrain, Ludomotion has added a new type of fluid called Oddreek, which generates a weird smell. Getting any on you could get you in trouble with boards and weird nose-like plants.

There are also more features available within ruins, with easier-to-find doors and switches in the world. Just be careful — a few flame traps are included as well. Four new Flora types are additionally on hand, including Rotor Blooms, Chameodore, Waerpods, and Screaming Thistle.

The team improved Unexplored 2‘s combat engine to “make fighting a little easier” when you come across foes. They won’t attack you all at once this time, making survival more possible.


The full list of updates is available at Fig. There’s a lot of changes to take in, but they should make the game easier to play in general. If you don’t have it added to your collection yet, that page should provide you details on how to pick it up.

Unexplored 2: The Wayfarer’s Legacy will release sometime in 2020.

Amazon could introduce a game streaming service in 2020