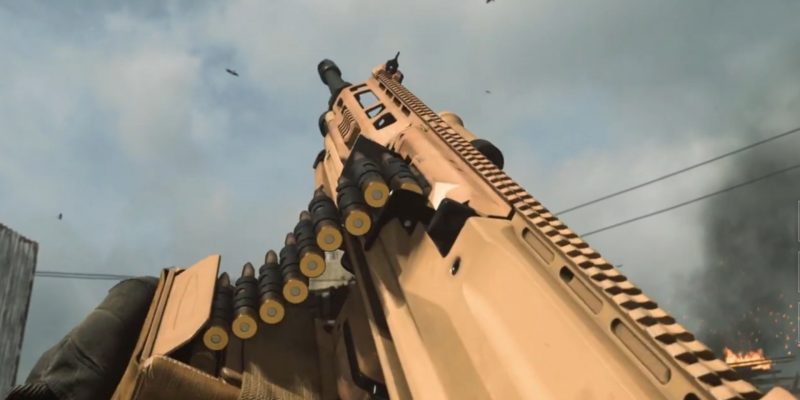 Over the last few weeks, Warzone players have figured out that the next season’s weapons can be unlocked early. Most players are focused on the Sykov and CX-9. But we now know there is a third weapon coming to Warzone, the RAAL MG.

It’s worth your time to unlock the RAAL MG for a couple of reasons. For starters, the current challenges are easier than what we’re used to. It could just be that Raven Software is showing mercy. But it’s also not out of the question that the challenge could become harder when the RAAL arrives for real. Whatever the case, unlocking it now means you won’t have to wait around to try out different builds when it does drop.

Getting the RAAL MG

We’ve known about the Sykov and CX-9 for a while, but the RAAL MG is a newer finding. This upcoming LMG seems to be based on the Sig Sauer MG 338. The MG 338 is a relatively light LMG that is currently being tested by the US military. Its stand-out feature is that it chambers a 338 Norma Mag. That’s a similar caliber to the custom ammunition already available on the SPR-208. I’d guess it will fall somewhere between the Holger-26 and M91 as a well-rounded, but hard-hitting LMG.

To unlock the RAAL MG in Warzone, you’ll need to secure five kills with LMGs in seven different matches. Furthermore, all of those kills need to be secured with a scout optic equipped. Any of the 3x to 4x ACOG sights will count for this challenge. You don’t need to be aiming with the optic when getting the kills, but I don’t exactly recommend hip-firing with an LMG either. They don’t tend to have a particularly tight hipfire spread. That is unless you plan to play hardcore where doing so with a 5Mw Laser Sight equipped is a viable strategy. 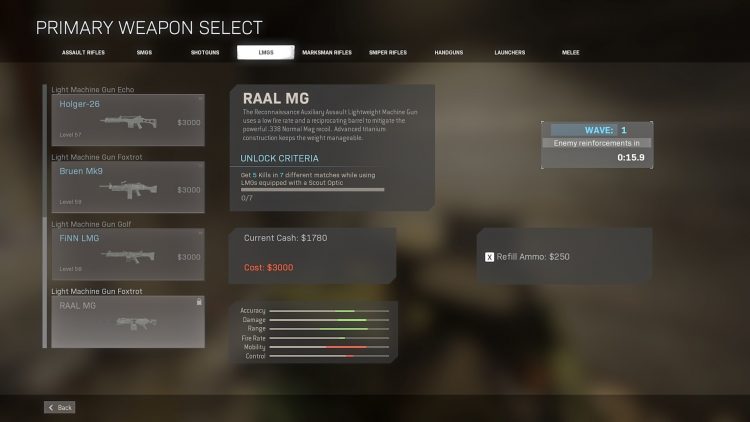 For most players though, it’s going to be easier to just use one of the best LMGs. Honestly, the challenge is so generic that just about any of Modern Warfare‘s seven current LMGs should work fine. But if you want to make this as easy as possible, either the PKM, Bruen, or FINN are probably your best choices. All of these guns have competitive time to kill ratings and are easy enough to use. Many Warzone players probably already have the Bruen leveled up too, as it was once meta. A quick warning though, some users have reported that the challenge is bugged for them. For whatever reason, unlike the Sykov and CX-9, not everyone seems to be able to unlock the RAAL MG. Therefore, I’d recommend playing one game, getting your five kills, and then checking in Survival mode to see if the progress counted.

As with all of Modern Warfare‘s gun unlock challenges, you don’t need to finish a game in order to gain progress. Once you’ve secured your five kills, feel free to quit out and search for a new lobby. You’ll know you’re finished when the new gun unlock symbol appears next to the LMG category in your “Create a Class” menu. Hopefully, we’ll see the RAAL MG arrive in Season 2 of Warzone alongside the other two leaked guns.