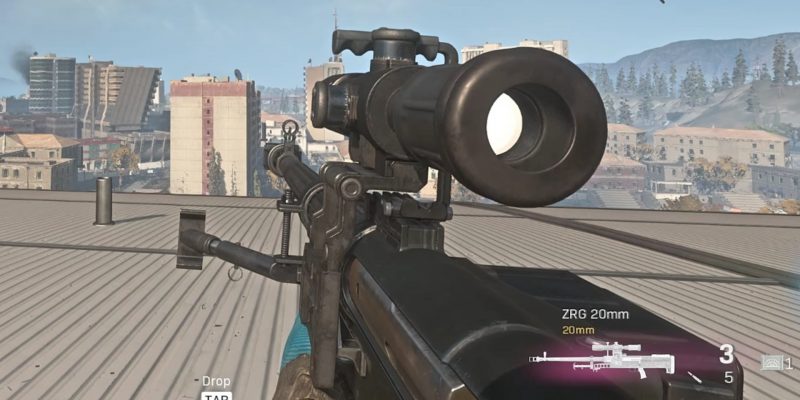 Continuing the theme of past seasons, Treyarch has once again released a new mid-season gun. For Season Two, it’s a new sniper rifle that has been added to Call of Duty: Black Ops Cold War, the ZRG 20mm. The ZRG is unlike any other gun in Cold War. It has some of the most impressive damage output ever seen in a Call of Duty game but suffers from its extremely poor handling characteristics.

Regardless, thanks to its ability to almost always secure a one-shot kill the ZRG 20mm is well worth unlocking. Especially on slower game modes like Search & Destroy, it is probably the best sniper in Cold War.

Unlike many of the previous mid-season weapon drops, the ZRG is relatively easy to unlock. This is a nice change as mindlessly grinding for new weapons isn’t ideal. Hopefully, this is a direction that Treyarch sticks with moving forward. Given that snipers are optimized for long-range encounters, most players should find this relatively easy to do. Although any sniper will work, the LW3 – Tundra is slightly better than its competitors for earning these medals. It has a higher base bullet velocity than the other two as well as less overall bullet drop. If you opt to complete this challenge in Warzone then the HDR is also a great option.

The best game modes to complete this challenge in are Fireteam: Dirty Bomb and Plunder. The former is a large-scale objective mode in Cold War. Meanwhile, Plunder is the best option for Warzone-only players as the fast spawns make getting two fast longshot kills easy enough. Once you’ve completed the ZRG 20mm challenge in Cold War, you cannot leave the lobby early. Leaving games before they end will prevent progress from being made towards the challenge. However, in Warzone and Plunder, you can leave games as soon as you see that second longshot medal appear.