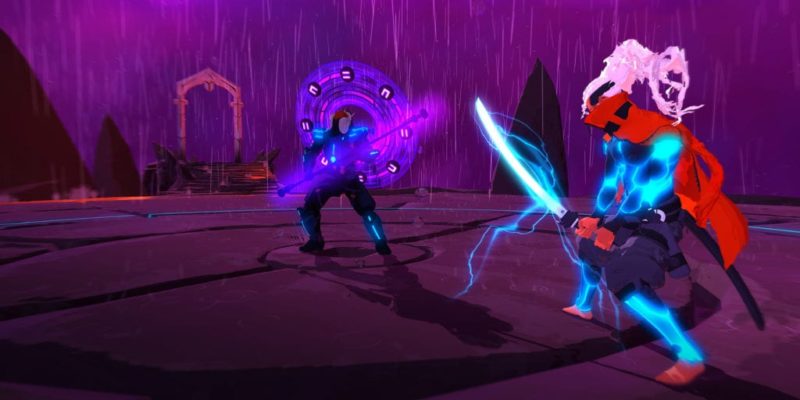 Our subscribers have, a few times, mentioned that they’d actually like to hear more about some of the games we play but don’t review. Our policy of finishing games before writing a review means that we have to be very careful about what we spend a dozen hours with… but that doesn’t mean I don’t check out a large variety of other games.

So, Unreviewed, a possibly regular column where I (or possibly we) will talk, in short, about some of the games that we haven’t played enough to actually review, or which we played far too late to actually review. Today, that means Crush Your Enemies, Zombie Night Terror, Slain: Back From Hell, Kingdom Rush Frontiers, and Furi. 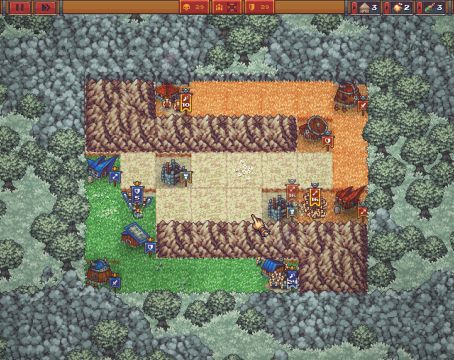 Don’t be fooled by the simplicity: this still requires an awful lot of quick thought.

Crush Your Enemies is a heavily simplified RTS. Terrain is divided up into squares, and squares have to be captured before you can freely move over them. You can plonk troops into villages to slowly push out some extra men, or send them off to various types of barracks for training as specialised troops, or station them in watchtowers to have them rain down arrows, or simply send them off as a marauding band to conquer territory and wreck your enemy’s day.

For all its simplicity and humour there’s a lot to do at once, which leaves it feeling a wee bit fiddly when playing against the AI: moving troops isn’t a case of simply clicking, but deciding how many of the stack you want to march away. This leaves a fair few levels feeling a bit like puzzles in which you need to figure out the correct approach in order to achieve glorious success, and then hope the interface cooperates with your hurried orders.

That said, there’s more to it than I’ve played: I stopped early on in the second campaign, which is where actual resource collection and (sort of) base building started to appear. Even so, while I had a bit of fun with it, it’s not something I expect to go back to anytime soon. My enemies will remain uncrushed, for now. 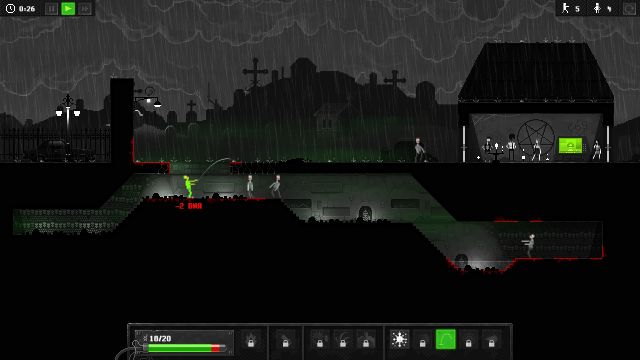 Since these are short-form mini-discussion, I feel pretty comfortable making boring “X crossed with Y” statements to sum these games up. If Crush Your Enemies is the Z of my memories crossed with Galcon Fusion, then Zombie Night Terror is Lemmings crossed with… uh… zombies.

Your horde of zombies shambles forth, and to help them accomplish whatever the goal might be (zombify a bunch of people, perhaps, or have a certain number of zombies escape) you can guide them in limited ways. You can mutate them into zombies that can climb walls, or jump; you can set up blockers, or make them sprint, or blow them up to demolish walls and floors. Levels tend to have multiple paths through and multiple different types of enemy – from fleeing civilians to riot police – and you need to consider all of these things to succeed.

I’m not a huge fan of what little randomness there is (sometimes, my zombies will leap upon a club-wielding human immediately; other times, he’ll kill four of them before they manage it) but that sort of stuff can usually be avoided by altering my strategy. Less good is the difficulty in selecting a particular zombie, or timing certain elements, but the ability to pause mitigates a lot of this. It’s definitely more puzzle game than anything else, but it’s a puzzle game with plenty of verve and style.

I’m halfway through the game’s four campaigns, and I will be playing this one more. It’s an enjoyable, stylish little time-sink with a nifty take on the “guide hapless idiots” formula of Lemmings. With lots of murder.

Slain: Back From Hell 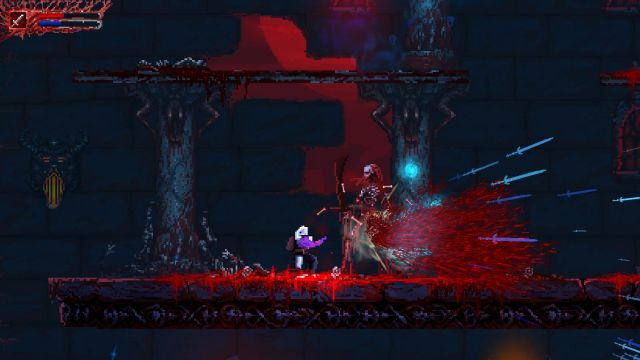 Wait, is that skeleton bleeding?

Slain was not a good game. It looked like a good game – a gory, hardcore, hack-and-slasher with a metal soundtrack and gorgeous pixel art – but appearances can be deceiving, and its fine idea was let down by broken mechanics, bugs, UI issues, and really bad controls.

Slain: Back From Hell is a fixed re-release, and from what little I’ve played, it actually does appear to be a good game. The controls work, timing blocks and attacks is a joy, movement and jumping feels natural, and… well, general gameplay doesn’t feel like an uphill struggle. And it has a UI now.

It’s still stupendously difficult, but it’s now stupendously difficult in a good way. There are instant-kill pits and traps, and enemies that’ll knock you into them, and big foes with attack patterns you’ll need to learn in order to effectively fight them without losing half of your meagre health pool – and that’s a good thing. In this sense it’s a little reminiscent of earlier Castlevania or Mega Man titles, or (sigh) Dark Souls, but without the punishment of lives or losing Souls. Regular checkpoints remove a lot of the frustration and provide little moments of “YES I HAVE DONE IT” right before another despairing sob of “oh no what’s this bullshit”.

Again, yes, I will be playing more of this. Probably not enough to review it, at least not any time soon, but I’m pretty pleased based on the first two or three levels. A lot of whether or not it’s “good” depends on how the difficulty scales and adjusts, and whether or not it has any massive bullshit sections. Then again, I quite liked I Wanna Be The Guy, so maybe I’m not the best judge of that. 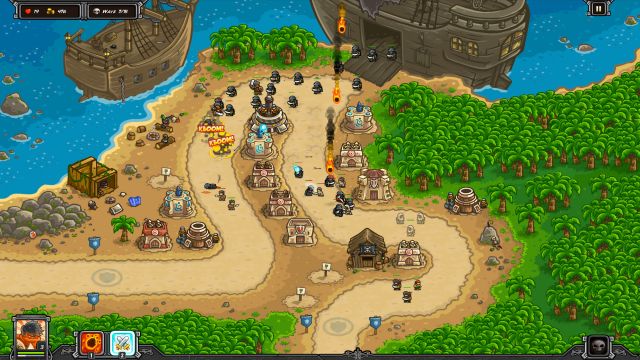 The Earthquake tower is a personal fave.

Kingdom Rush is a fine, fine tower defense game. Monsters travel along paths, and you build towers along the side of the paths to shoot them, while placing soldiers in the road and dropping meteors from on high, and using your choice of hero to inflict yet more damage. Kingdom Rush Frontiers is, largely, more of the same.

It feels pretty much the same, in fact; if you haven’t played Kingdom Rush recently, you could be forgiven for thinking it’s a level pack for the game with a load of new heroes. There are differences, though: new tower upgrades, manual hero upgrading, mercenary camps. some really lovely/horrible little quirks in individual levels, and so on.

Some works, some doesn’t. I’m not too keen on the manual hero upgrading system, if only because it tends to take some tweaking to customise them optimally for different levels; it’s a step beyond Kingdom Rush‘s “pick the hero you want to use” into “and make sure you’ve levelled the appropriate stats.” Likewise, if you’re not expecting some of those quirks, they can completely ruin your level attempt almost instantly. Thanks, level with a new path suddenly appearing nowhere near any of my towers!

But sod it. It’s still one of the prettiest, sharpest, and smartest tower defence games on the market. I don’t know whether I’d rate it higher than its excellent predecessor, but the Kingdom Rush series can happily stand alongside Defense Grid, Plants vs Zombies, and Dungeon Warfare as goddamn brilliant little tower-defenders. This is just the beginning, too, with a bunch of new heroes and levels on the way. 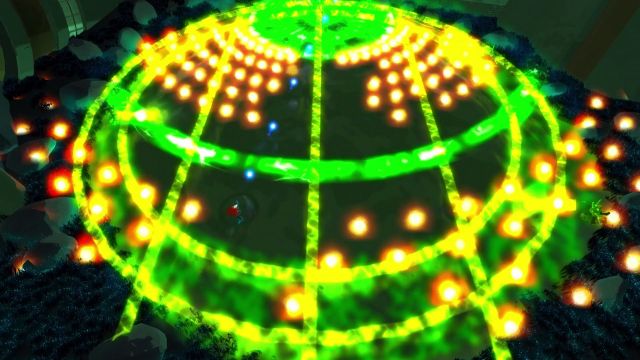 Good fucking luck. At least you can appreciate the glowing neon and pulsing music while you die.

Alright, this is an odd one, because I have finished Furi… but I haven’t played it on PC.

I love Furi, although from the conversations I’ve had with most other people I know who’ve tried it, my championing of it essentially has me wearing a party hat in a dark room while everyone outside swears and throws bottles at me. I know a couple of people who love it, and I know a fair few more who really dislike it.

I can understand the dislike, too. It’s a weird game – a hybrid of bullet-hell shooter, brawler, quick-time events, and memorisation. It’s essentially a series of boss fights tied together by slow walks through gorgeous environments, which I found soothing and enjoyable, and others found boring and pretentious. It’s got very Afro Samurai-esque characters, a plot that is anything but spelled out, and a delicious uncertainty and moral ambiguity. I mean, you’re a prisoner who cannot die and is tortured over and over… and yet the game gives you the sneaking suspicion, every now and then, that you really are the bad guy.

It’s routinely frustrating, and the first couple of bosses are, with one exception, the two dullest and most irritating in the entire game. It’s got a soundtrack that wouldn’t sound out of place in Hotline Miami (hello, Carpenter Brut).

It also makes you feel like a goddamn superhero when you perfectly parry a series of blows, counter-attack, dodge a bullet hell pattern while firing at the boss, and end the phase with a flawless melee combo of your own. On the other hand, if you don’t like learning boss patterns, dodging bullet hell attacks, reacting very quickly to attacks in order to successfully block and parry… well, you’re going to hate Furi.

But I don’t. I bloody love it. I love it enough that I’ll probably buy it on PC sooner rather than later, in fact. That said, I’m afraid I can’t speak to the quality of the PC version; I don’t know how it controls or how buggy it is or if it has lots of tweakables. I can only tell you that I love the damn game, but I wouldn’t be surprised if you don’t.

Sniper Ghost Warrior 3 gets a new trailer and release date