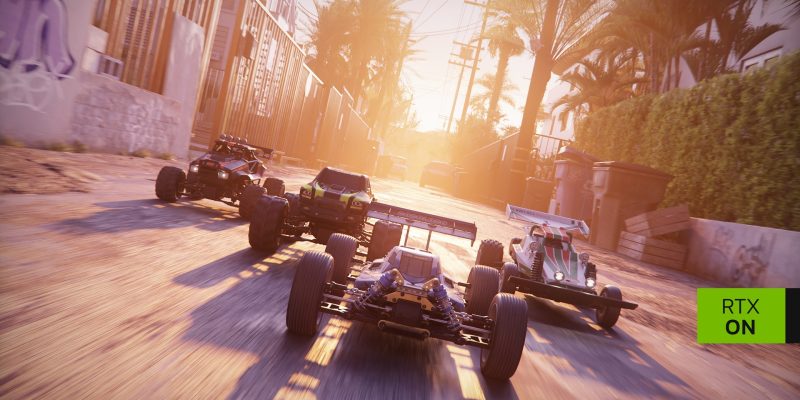 Nvidia is throwing a bone to all upcoming GeForce RTX 40-Series card owners with a free tech demo for Nvidia Racer RTX. Designed to show off the immense power of the new GeForce RTX cards, this small new title sports “real time ray tracing, DLSS 3, and PhysX.” As Nvidia puts it, Racer RTX features “the most realistically rendered RC cars ever.”

The near 4-minute long reveal trailer gives us our first look at the variety of different richly-detailed scenes in the demo. In it, we see a bedroom, backyard, and neighborhood, all with copious amounts of beautifully rendered textures and insanely accurate lighting, shadowing, and reflections. Practically every visible object contains realistic imperfections, such as scratches and scuffs on the tires of the vehicles.

As the saying goes, seeing is believing. Shortly into the trailer you can see how well these meticulously designed cars zipping around the very realistic homemade tracks. The homacge to classic racers like Re-Volt is clear.

Re-Volt is a cult classic 3D racer from the late ’90s that similarly had players navigating RC cars through various real-world environments. It was considered a true gem of its time and was praised for its visual fidelity. Now, over two decades later, we can see just far that fidelity can go with a similar concept being powered by modern technology.

In Nvidia RTX Racer, players will be able to fully explore the title’s beautiful “sandbox” environments, and freely interact with all the objects that are scattered about. There are nearly 2,000 objects that Nvidia’s artists handmade by making use of the new NVIDIA Omniverse, “a platform for 3D content creation and collaboration.”

This tech demo not only demonstrates the power of the architecture of the RTX 40 Series cards but also the tools that Nvidia has made for developers to help streamline their workflow. 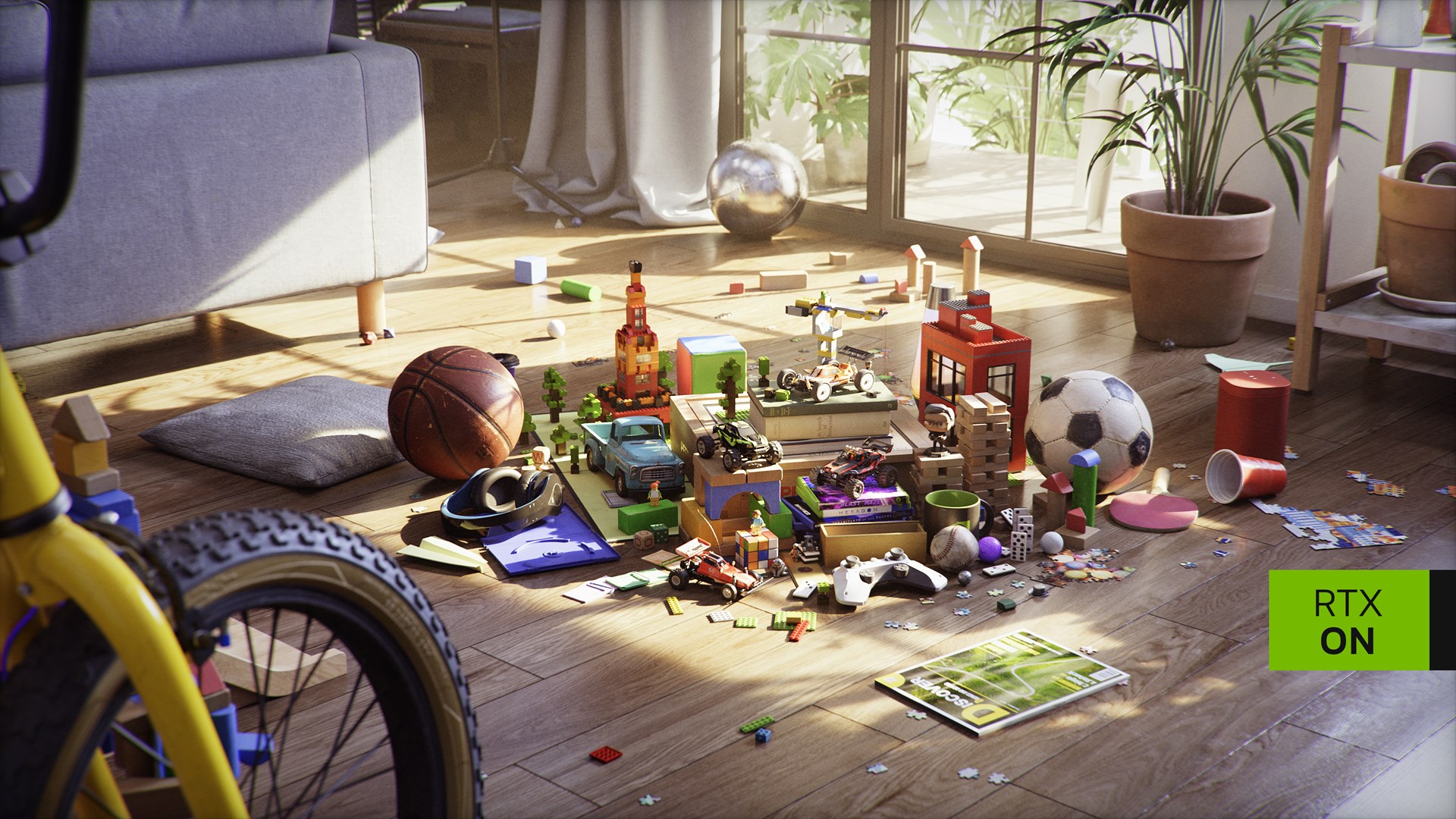 Nvidia RTX Racer will run at a full 4K/60 FPS on the RTX 40 Series cards. It will also demonstrate the power of the new Optical Multi Frame Generation tech of Nvidia DLSS 3 — yet another new feature of the RTX 40 Series.

Calling this is a “tech demo” is as literal as it comes. Realistic lighting, accurate shadows, authentic reflections, cloth physics, fluid simulations, and various other materials and calculations are all present in Nvidia RTX Racer. With this, the company is adamant about showing just how far the new cards can go with rendering “photorealistic” scenes on the fly. In fact, Nvidia goes as far as to call all of the results of the tech that powers this little project “the most accurate representation of reality ever simulated in real time on a PC.”

Considering the amount of visually stunning titles that have released in recent years, this is quite a bold claim coming from the company. More of the technical tidbits can be found on Nvidia’s write-up of RTX Racer over on the official Nvidia website.

Upcoming owners of the new GeForce RTX 40 Series cards will be able to download and play Nvidia Racer RTX this November.

Vampire Survivors price will increase before launch, but not too much