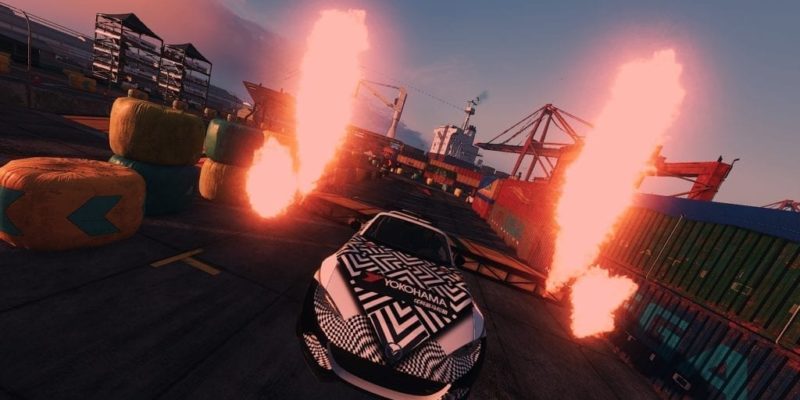 Regular street and circuit racing is cool and all, but off-road racing really is a whole different beast. These types of races are usually quite harsh, taking a toll on both driver and machine. That’s exactly how it feels trudging through the mud and dirt of the tracks in V-Rally 4. After a 15-year hiatus, the series has returned, and it’s come back with a vengeance.

I must note that I’ve never actually played any of the previous entries in the series. I was only about five years old when the last entry was released. But despite having no foreknowledge of the series, jumping into this new version wasn’t an issue at all. You’re out on the track within a few moments of starting the game up. Thus you’re almost immediately faced with coming to grips with this rough-and-tough off-road racer. The handling model annoyed me initially, as my car felt too slippery and I found the track far too cramped. But after trying some more events and with the help of some of the built-in assists, it wasn’t long before I was zooming and booming my way through the various worldwide locales that V-Rally 4 has to offer.

V-Rally 4 spreads its racing action across five different disciplines, each offering its own ‘flavor’ of off-roading: Rally, V-Rallycross, Buggy, Hillclimb, and Extreme-Khana. Each of these disciplines also has a selection of cars designed specifically for you to use in these types of races.

Rally races involve you speeding from one end of a cramped, windy trail to another. Often times, these tracks can be pretty brutal. With the constant pressure of the timer, it makes for an exhilarating experience. V-Rally Cross may sound similar, but it plays quite differently. These races take place on closed-circuit tracks, which feature a mixture of off-road and paved sections and are filled to the brim with tight turns. V-Rally Cross cars feel faster and more nimble than their regular Rally counterparts, but I prefer the more adventure-esque style of the Rally races. 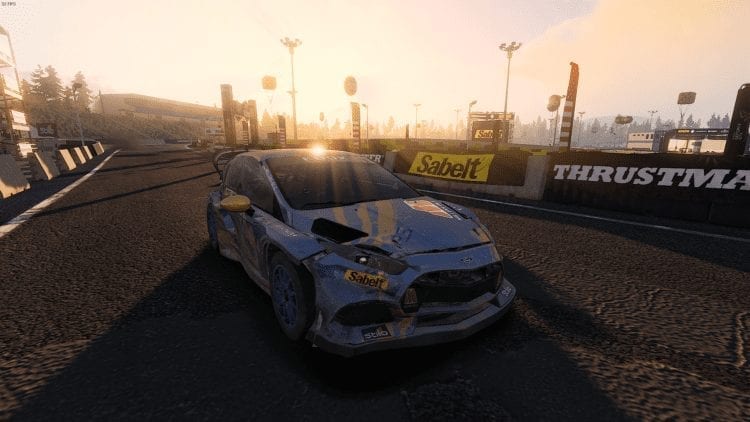 Each five of the racing disciplines offers their own unique flavor of off-road racing, which keeps things fun and interesting.

Hillclimb and Extreme-Khana races feel similar in the way that both of these disciplines appear to have the fastest cars in the game, especially the Hillclimb vehicles. Hillclimb features tracks that take place in mountainous regions. Similar to Rally races, it’s a point A to point B style of race done in a time trial format. But, as the name suggests, these tracks involve you making an ascent up twisty mountain roads. Some courses can also be mostly downhill. Either way, this is the only mode that has races exclusively on paved courses.

Extreme-Khana races mix things up by having some tracks off-road and others on pavement. These tracks are exceptionally twisty, as they focus on pushing the turning mechanics of drift-heavy cars. Thus, these tracks have the sharpest and deepest turns out of all, leaving you to make good acquaintance with the handbrake.

I’ve left the Buggy races for last, as I found them to be the most fun and infuriating all the same time. I consider this discipline to be the roughest and toughest out of the entire selection. Most of the tracks require tricky maneuvers to navigate and most have huge jumps. These factors play to the strengths of the suspension-heavy buggy vehicles. The AI also seems rather aggressive, as I found myself getting nailed by it more often than not. It doesn’t help that trackside hazards are aplenty, too. One wrong move can lead to you falling to the back of the pack and ultimately never gaining your ground back. Believe me, I hit the restart button many times when it came to these races.

On that note, now’s a good time to mention how cutthroat V-Rally 4’s career mode can be. Dubbed the ‘V-Rally Mode’, this is where you can buy vehicles for all the different disciplines and take part in different events spread out across various locations across the globe. Where the “cutthroat” part comes in is how these races are handled. Your list of available races will constantly change depending on how many in-game days have passed (a day passes each time you finish a race). 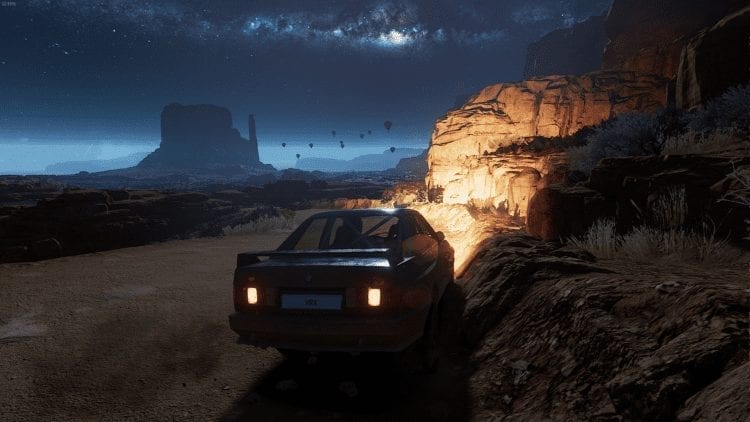 Most races in V-Rally 4 are rough-and-tough. But, the penalties for quitting should stop you from giving up too easily.

No Room For Error

Should you submit to an event but then, later on, decide to quit for whatever reason, you cannot go back and try that specific event again. On top of that, some of these events require an upfront payment to enter. So if you do pay, you’ll lose that money if you quit. One fee that you cannot avoid at all are crew costs. You’re constantly having to pay for your vehicle crew and manager (who finds events for you). These employees bill you a weekly salary, on top of the maintenance costs that you’ll incur everytime you race.

In events with multiple races, whatever damage your vehicle accumulates in the previous race carries over to the other. As such, you’ll have to spend money fixing specific parts of your vehicle (if you choose) before the next race. Skipping this can save you money, but it still comes at the cost of reduced vehicle performance. Thus, you’re always coming across some type of consequence in the Career mode. The best advice is to drive your heart out and make sure every race counts. Otherwise, that ever-changing bank balance will deplete rather quickly.

The Career mode also features a livery editor, although it’s the weakest of any modern racer that I’ve played. The tools are easy-to-use, but the selection of shapes and decals is incredibly limited, and the editing system is as intuitive as the likes of games like Forza Horizon 3, 4 and Motorsport 7. It almost feels like they threw it in as an afterthought. Having mentioned liveries, the amount of pre-made ones are rather low. Thus, quite often you’ll see an AI vehicle sporting the exact same paint job as your car, which makes things look cheap.

On a related note, the vehicle parts upgrading system is a bit quirky. You can only unlock certain upgrades by hiring specific, qualified crew members. Unlocking new parts also requires specific amounts of in-game days to pass. Thus, customization in V-Rally 4 is not at all as straightforward as most other racers; it’s simply just average.

Another gripe I have with Career mode is that it’s honestly hard to tell if you’re making any real progress. While I’ve completed several races across all of the different disciplines, it seems like the game just generates new events without much rhyme or reason. Whether you win or lose, your selection of events constantly changes. There are even achievements for completing 500 races. So it really does seem like this mode is technically meant to last forever, at least until you’ve bought and upgraded every single one of the 50 cars. There are also online events, which are constantly shifting. They play similarly to the normal ones, though you cannot restart these at all. The game also posts your times for these races to an online leaderboard. 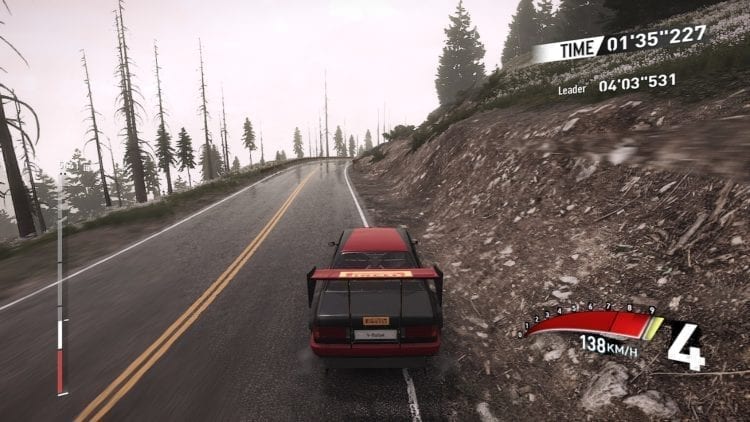 I’m lost as to how I should be tracking my career progress. But the seemingly infinite line-up of races have kept me coming back for more.

That said, one area of V-Rally 4 that I’m more than impressed with is its presentation. By all means, the graphics simply look gorgeous. Every environment has an astonishing amount of detail, despite how you’re usually moving far too quickly to appreciate it. This is especially true of city environments like Tokyo and Detroit. The amount of detail work put into these blew me away. Yet, you simply whizz past them. It almost makes me wish there was a free-roam mode, just so all the hard work of the scenery designers wouldn’t go to waste.

The lighting and particle effects are also quite nice and very realistic. I especially love the look of the smoke and dirt as it’s kicked up by the tires, and the way lights and shadows realistically interact with the particles. Another nice touch is that dirt will gradually accumulate over your vehicle as you trudge along the track. You can even wash this off when splashing through some water.

The only area of V-Rally 4’s visuals that disappointed me is one that can be changed: graphical oddities. Rather frequently, very bright spots of colored light and glitchy boxes would appear over specific parts of the track and along the edges of my screen. Sometimes even the whole lighting system would malfunction, thus resulting in most of the screen going dark. At first, I genuinely thought my laptop’s GPU was overheating, but this is a problem that is currently exclusive to just V-Rally 4. A patch can hopefully take care of it, though.

What isn’t glitched out are the sounds. The sound design team deserves a pat on the back, as they’ve done an excellent job. I adore the mean roar of all the engines of each vehicle. The sound even realistically changes depending on which camera mode you’re in. Whether internal or external, the sound work is great and blends in nicely with the rest of the impressive aesthetic. It may have taken V-Rally 4 nearly two decades to come back into the limelight, but this entry truly does look like a well-made, modern title.

If it wasn’t clear already, V-Rally 4 has charmed me enough to mostly overlook its aforementioned quirks and glitches. I’ve still been having a lot of fun throughout all of the different disciplines, even making it hard for me to select a ‘favorite’. They all feel like their own little game in a way, despite being a part of the same package. Thus, I’d recommend picking V-Rally 4 up for any fan of a sim-arcade off-road racer. Even if those graphical issues aren’t addressed, there’s still a solid chance I’ll be playing this game for a good amount of time to come. 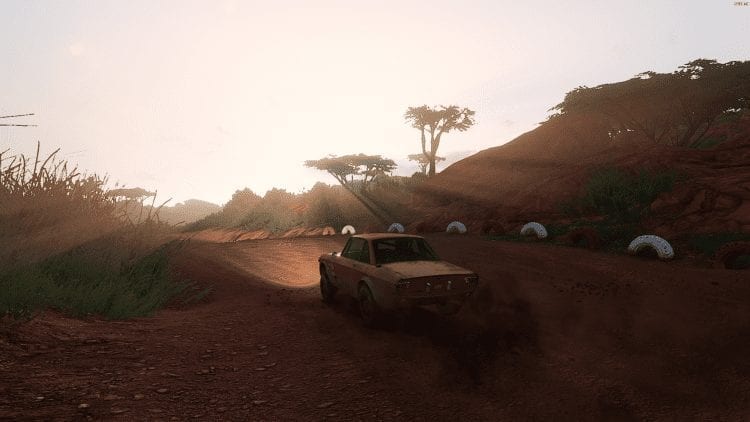 V-Rally 4 features a lot of exhilarating moments that make it one of the most engaging racers I've ever played. A decent selection of disciplines and beautiful graphics make this a good pick-up for any casual off-road racing fan.

You Can Cheese The Riven Boss Fight In Destiny 2: Forsaken’s Last Wish Raid 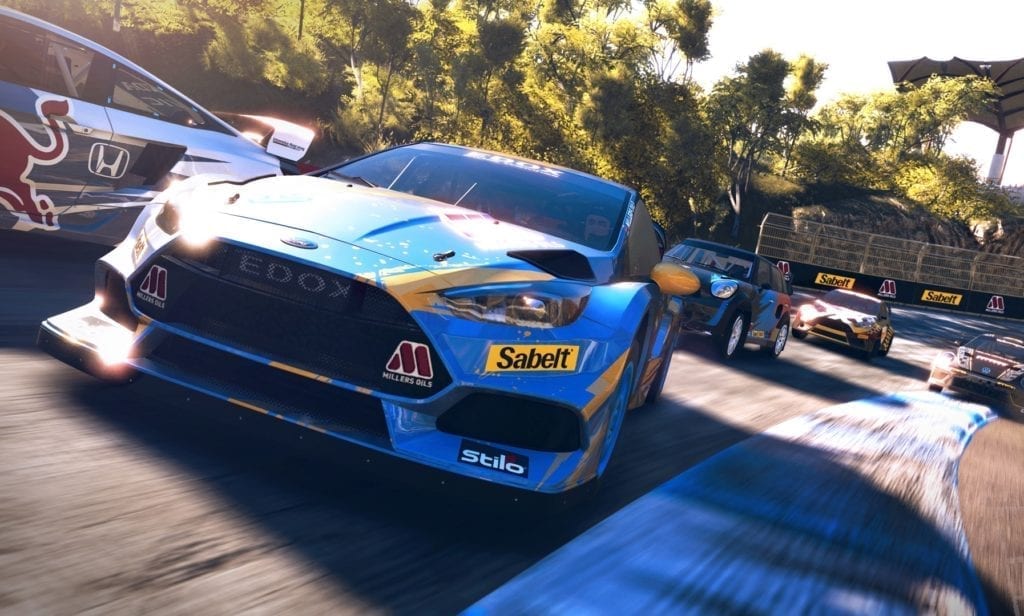 Drift up a storm in V-Rally 4's Extreme-Khana mode 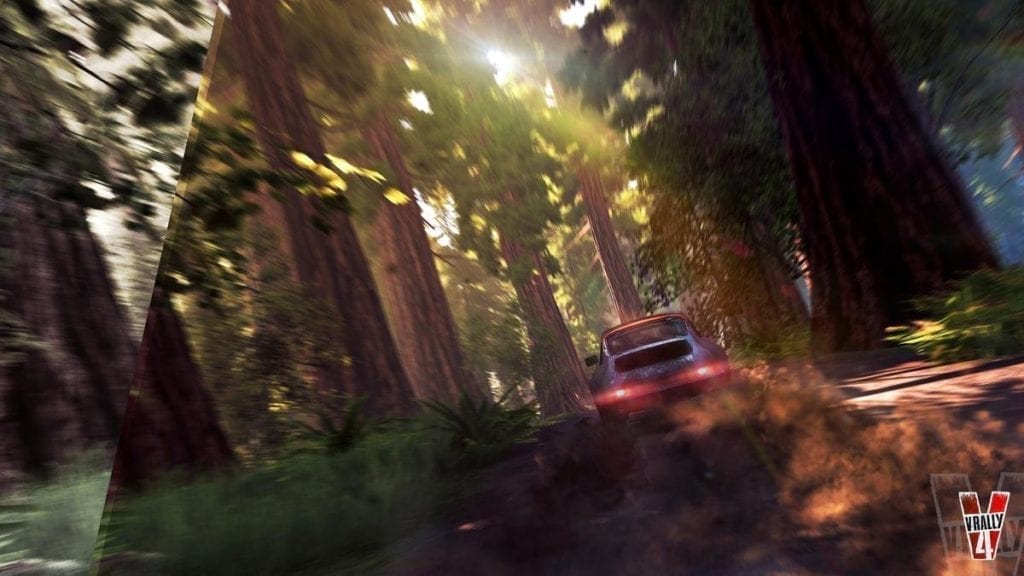