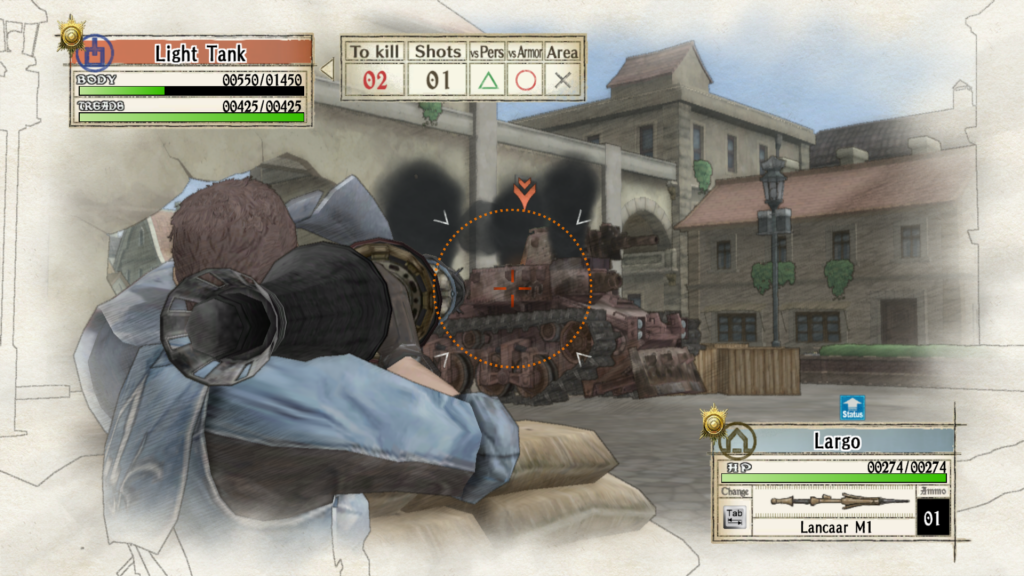 Of course, the tanks won’t move at all if you shoot them.

SEGA’s PC port of Valkyria Chronicles was already pretty solid, but a new patch has removed a couple of the minor issues. This announcement post outlines the changes and fixes that have been made.

Valkyria Chronicles can potentially run at 120fps if you have the right PC for it, but this caused some problems with tanks being unable to get up hills. Tanks should apparently move around fine now.

Low mouse sensitivity (particularly on the overhead map) was one of the few minor concerns I had with the port, so that fix is welcome too.

During my time with the game I didn’t run into the audio balance problem or any crashes, but those sound like potentially annoying problems so hopefully they’re banished for good as well.

The Valkyria Chronicles patch should auto-download and apply itself to the game through Steam. SEGA has revealed that sales of the game surpassed all of their expectations, so we may be able to look forward to more PC releases from the company back-catalogue.