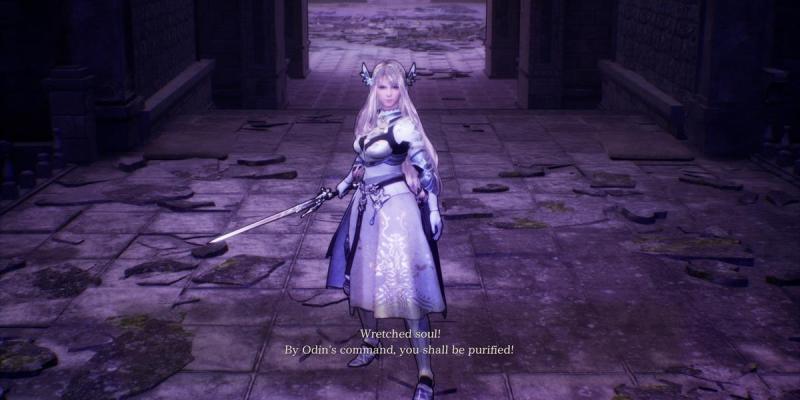 Valkyrie Elysium received a lukewarm reception when it launched on PS4 and PS5 in September. The game is now also available on PC, bringing with it hours of hack-and-slash action. Set in the same universe as the previous games in the Valkyrie series, this one changes things up and is a full-on action game where players take the Valkyrie Maria through a series of maps alongside the summonable Einherjar. Despite the less-than-flattering reviews the game received a little over a month ago, it still has plenty to offer fans of 3rd person action games that want to explore the series’ mythological setting while upgrading various weapons. But the question stands – is Valkyrie Elysium worth it on PC?

It’s a little funny that Valkyrie Elysium is releasing on PC when people are still enamored with God of War: Ragnarok, as this game also has a Norse setting set amidst Ragnarok. Here, Ragnarok has already happened and Odin is weakened after battling the wolf. That’s where the Valkyrie Maria comes in, as he sends her off to purify corrupted souls and increase his power. The story isn’t the focus here, which is fine by me, as I don’t care much for Norse mythology. You can choose to listen to dialogue in the original Japanese or a full English dub.

To put it bluntly, Valkyrie Elysium is not a good-looking game. It’s very clear that it started life as a PlayStation 4 title and it has many of the telltale visual aspects of earlier Unreal Engine 4 Games. Everything appears cheaply cel-shaded and the draw distance is especially low, even though the PC version lets you pick your setting for that. Despite being an Unreal 4 game, the frame rate is capped at a max of 60 fps, despite the fact that games in the engine will all run at high frame rates. Thankfully, you can set your own cap with Universal Unreal Engine 4 Unlocker. 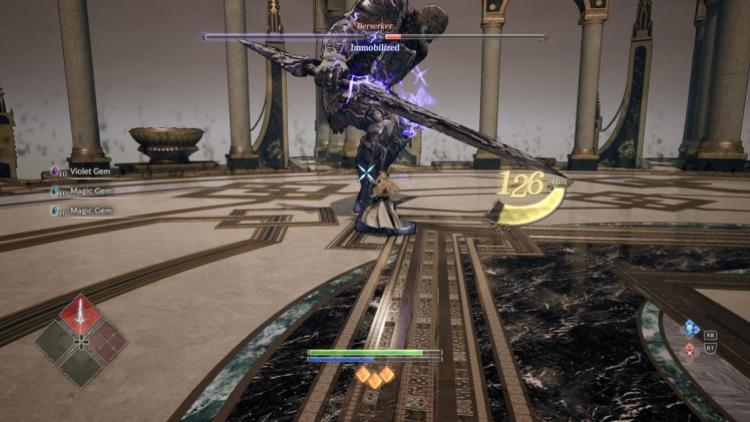 Despite the obvious technological issues, I quite like Valkyrie Elysium. You’ll choose from main quests and side quests via a map in the game’s hub. These quests are set in various levels that you can explore to find flowers that share lore when interacted with, as well as chests containing usable items and scrolls that unlock the use of magic spells. You can only play as Maria in the main game, but you’ll unlock Einherjar as the game progresses. These can be summoned as long as you have the magic to do so.

Summoned Einherjar will attack enemies alongside Maria, but they also grant her attacks elemental damage. Different enemies are weak to different elements. She can also have multiple weapon types on her person at once, which you can freely switch between, that specific enemies are also weak to. You can use this to stack damage by summoning the right Einherjar and using the appropriate weapon, which is pretty satisfying. Combat is weighty and responsive. Maria’s attack combos are flashy and fun to use, making use of a combo system similar to the Musou games, where you’ll change your attacks by pressing the strong attack button amidst the default attack combo.

Maria can block and dodge enemy strikes. She can’t cancel any of her animations, but they still feel fairly useful for avoiding damage. There are also equippable magic spells that can hit enemy weaknesses. You’ll constantly receive materials that can be used to upgrade Maria’s capabilities and improve her weapons as well. The maps levels take place in are decently large and there are places to explore off of the mission-critical path. At the end of each mission, you’re graded with a bonus for higher ranks.

While I understand that the game’s lackluster visuals don’t make for the most enticing presentation, I’m having enough fun with the combat and exploration that I think Valkyrie Elysium is worth it. There’s also a mode with another playable character, plus an additional mode on top of that, which will give players a reason to stick around. If you like action RPGs, don’t let the middling review scores lead you to believe that there’s nothing for the game to offer, as the action is deep and satisfying enough to keep anyone looking for a solid combat-based game busy for a couple dozen hours or so. 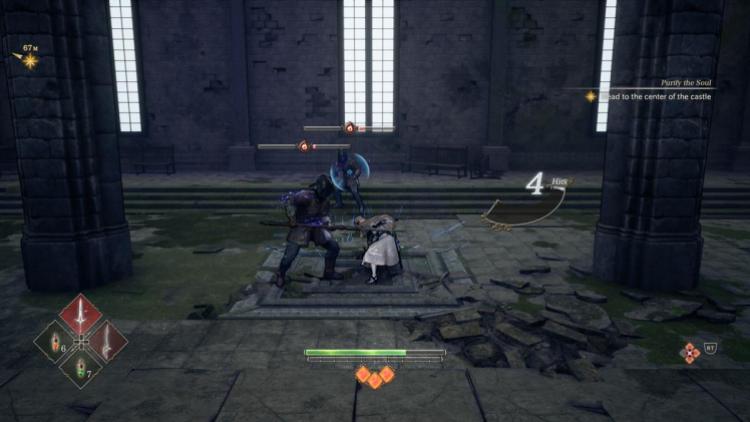 How to uncap the framerate on PC for Valkyrie Elysium