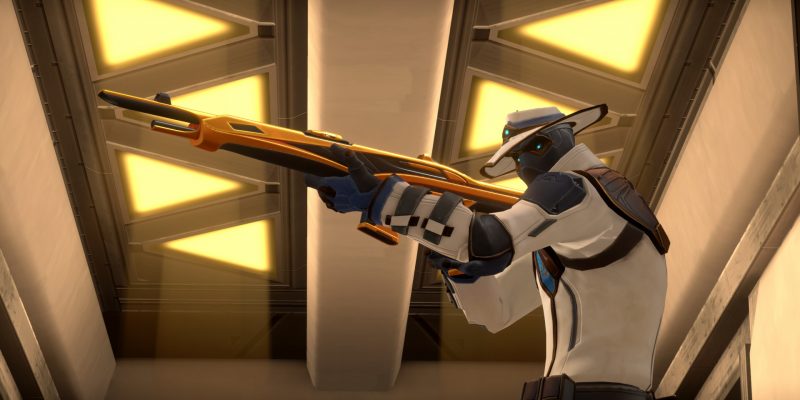 Even the best games can be ruined online by toxic players. From day one, Riot Games has been determined to stomp down on negative behavior in Valorant. We recently heard from the team dedicated to combating cheating, but now the Social and Player Dynamics team has revealed its plan to detect players going AFK in a Valorant matches and deliver a suitable penalties. The same applies to chat-based offenses.

The update to behavior detection and penalties should be added to the game in patch 2.04. So, not the next patch, but the one after that. The team is eager to improve the social side of the Valorant ecosystem. However, they do acknowledge that this is just the beginning and that there is a lot still to do.

Don’t step away from the keyboard

One of the most frustrating ways to lose a competitive match in Valorant is by one of your teammates going AFK. Unless you’re significantly better than the enemy team, you cannot win a 4v5. The Valorant team believes the coming update should drastically reduce the number of AFK players you encounter in-game and pre-game.

The first improvement to AFK detection in Valorant involves the closing of loopholes from the old system. The improvements to the detection system will encompass more types of disruptive and non-participatory play.

Here’s the good part. The new system will no longer dish out penalties in the same way. Instead, the behavior of your account will be tracked over time. If your internet occasionally cuts out and you drop out of a game, your Valorant AFK penalty will be minimal, if anything. However, players that constantly drop out of games, are about to have a very bad time.

Check out the list of potential punishments for AFKing below. 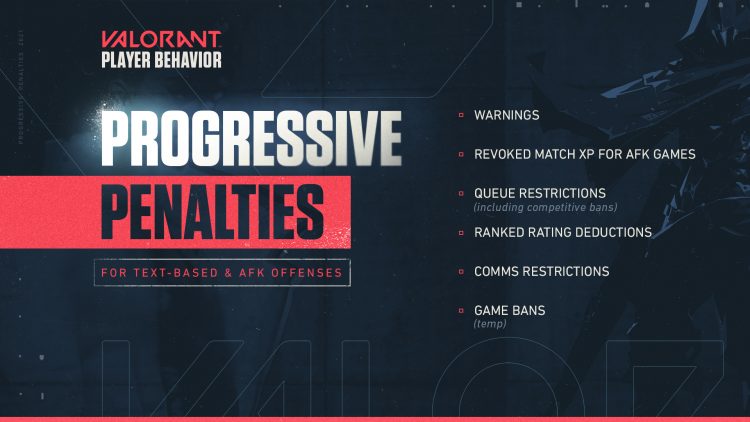 Fight with your weapons, not your words

Riot is coming down hard on chat-related offenses. Violence, threats, and targeted harassment will not be tolerated in Valorant and could result in bans from the game. The team suggests avoiding insult trading in-game, because you’ll get flagged along with the person who started the fight. Rather, use the systems in place to report or mute toxic players.

As of patch 2.04 (hopefully), Valorant will support text moderation for over 11 languages. The team has also developed a more nuanced system to detect toxic chat. As with AFK penalties, repeated offenses will result in more severe punishment.

Penalties for Valorant chat-based offenses can include warnings, communication bans, extended communication bans, ranked queue bans, game bans, and even extended game bans. That last one is a euphemism. Repeated offenders could even have their accounts permanently banned from Valorant if for not cleaning up their acts. 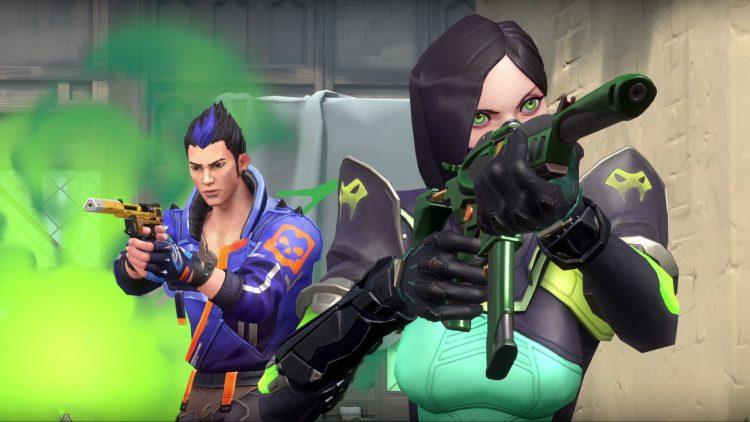 A little bit further down the road, hopefully with patch 2.05, Riot will add reporter feedback to Valorant. So, you’ll be able to see your reports working by getting a notification when action has been taken against a player. Another feature in development involves getting the abusive text chat detection and penalties system to work for voice chat.

To finish on a positive note, the Valorant team also revealed that it wants to apply the detection system to positive behavior. In the future, players could be rewarded for their pro-social play.