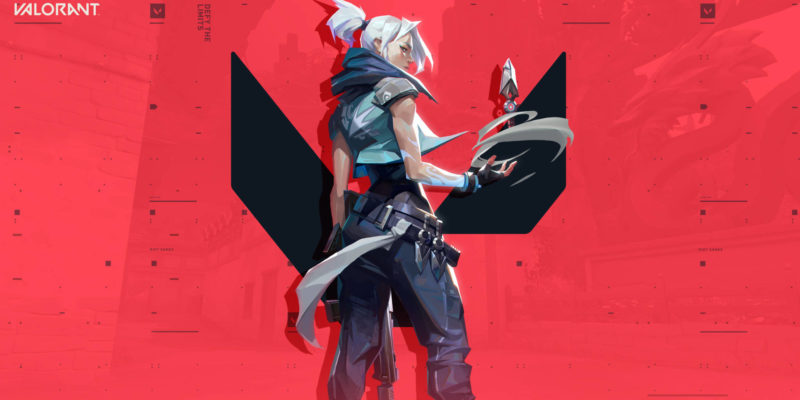 Jett is the embodiment of the wind. She flits around the map without a care, changing positions so rapidly that no one can keep up with her. She can blast onto bombsites and hold angles from unexpected locations; the undisputed queen of mobility. Plus, she’s got some of the best voice lines in the game. This Valorant Jett guide will give you a bunch of tips to breeze through games and be as evasive as the wind.

Jett already has a reputation as a solo character. While she’s an excellent duelist, her abilities don’t really assist her team. If you’re going to pick the wind runner, your team will probably expect a lot from you on the scoreboard to make up for your lack of utility.

Try to keep up – Tailwind

Jett’s ability to reposition so rapidly is unmatched in Valorant. Her Signature ability, Tailwind, is what allows her to play boldly and position a bit more aggressively than many of the other agents. If you’re caught in a tough spot, use Tailwind to retreat or burst across an exposed corridor.

When holding an angle, make sure you know where you are going to reposition if you’re under pressure. I always like to keep a door to my side or some solid cover behind me. So, if I miss my shot or spray and enemies are pushing me, I know exactly what direction I want to propel to make my retreat.

Fire and move to prevent a counter shot.

If you’re pushing into a room or a bombsite with your team, you can use Tailwind to burst past the angle you expect the enemy to be holding. You then force the enemy to make a choice, turn and shoot you or continue holding the angle your team is about to peek. Either way, your team can capitalize.

Just don’t forget that it takes Jett a moment to get her weapon out after using Tailwind, so try to end your dash in a location not exposed to enemy gunfire.

Cloudburst is excellent at closing off corridors and angles. It’s incredibly fun to curve them around corners and over walls. But what I like best about them is how quickly you can cast them. This allows you to drop them mid-fight to confuse enemies. You can use Jett’s Updraft ability to rise above the clouds and — while floating — execute them.

In my Valorant agent guide for Sova, I had a tip about using markers on the map to aim his Recon Bolt. You can do the same thing with Jett’s Cloudburst. Mark the location on the map you want to land the cloud, then close your map and use the marker to aim line up your ability. You can see the Cloudburst traveling on the minimap, so use this to know when to curve it down.

Cloudburst will stick to any surface it hits. So, you can launch it into walls rather than the floor to give yourself a narrow gap to peek under. Ideally, your enemy won’t be able to see below the cloud because they are too close to it. 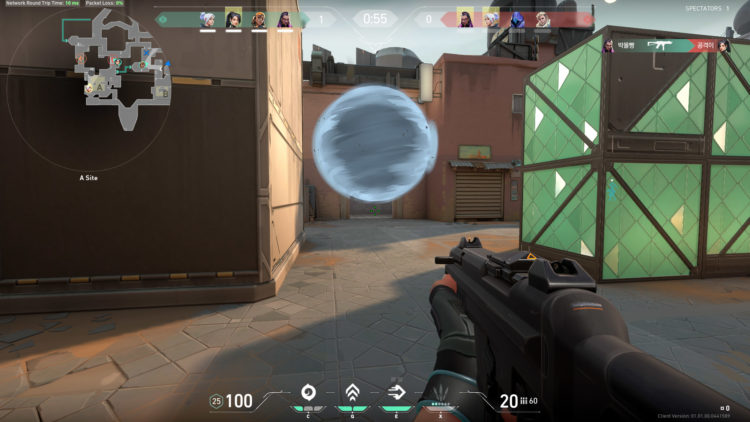 I’ll have a clear shot on any enemy that steps into that doorway, but they won’t be able to see me.

When you kill and enemy with Jett but more are pushing you, you can quickly shoot out a Cloudburst to cover your retreat. Enemies will be very hesitant to push through a cloud of smoke when they have no idea how many of your team are waiting for them on the other side.

I heard multiple footsteps and made a hasty retreat.

Jett’s ability to get into unexpected places is unmatched. I could fill this Valorant Jett guide with places to lie in wait for your enemies. Instead, I’ll just give you this tip, always be on the lookout for elevated positions Updraft can get you to. When players peek angles, they rarely look up because they’re trying to keep their crosshair at head height. Just make sure you constantly mix up your positioning because predictability will get you killed.

This Brimstone didn’t even look up.

There’s something else to think about when you’re taking up these surprising elevated positions. You need to consider where you will retreat to if multiple enemies peek you and you can only get one. I like to stand as close to the back edge of the object I’m on as possible, that way a few quick steps backward will drop me to safety.

Enemies had been holding this spot a lot during the game. Peeking the unexpected angle with Updraft caught the Sage by surprise.

Updraft isn’t only good on defense. You can use it to peek angles from elevated and unexpected positions while attacking, too.

Once a fight breaks out and bullets start flying, a good thing to do with Jett is to think vertically. Most agents are only thinking about the level they are on. But Jett can be dueling on the ground and a second later be raining bullets from on top of an object.

You go up, they go down.

Jett’s Ultimate synergizes incredibly with her movement abilities because the knives you shoot are always 100% accurate. Whenever using Blade Storm, you want to be aiming for the headshot because they are an instant kill – as opposed to the 50 damage dealt by hits to the body.

At least I looked good while losing.

If your team needs to save or partial save, you can forgo buying a gun and use Jett’s Ultimate instead. When you encounter an enemy, you can kill them and claim their weapon (or claim it for an ally since you still have Blade Storm).

Using Blade Storm basically gives you another weapon at your disposal until you use all the knives or the round ends. So, you can swap to your other weapons if you like and then pull out the flying knives again later.

That’s everything I’ve got for you about the agile agent. Next time you’re in a Valorant match, remember some of the Jett tips from this guide. Hopefully, you’ll be zipping around your opponents and dominating the scoreboard.

If you’d like tips on the other Valorant agents or general tips to help you improve your gameplay, check out our Valorant guides and features hub. Good luck out there.

Resident Evil Village is the next in the series, and has werewolves apparently [Update]