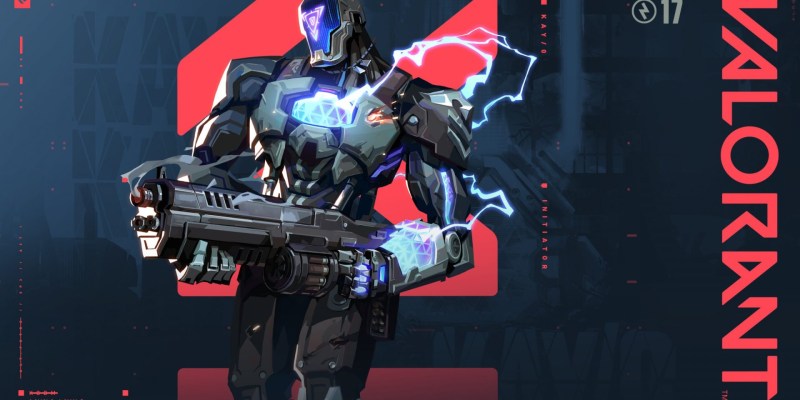 With the briefest of teasers at Summer Game Fest, Riot Games revealed the new Valorant agent. I was fortunate to get a hands-on preview with the robotic Radiant killer KAY/O and get in some gameplay before he entered Valorant. Our new agent plays the role of initiator. And he does it so well. With his arsenal of abilities, I think the robot could even fulfill the role of a duelist. Here are my thoughts on KAY/O from my preview in Valorant.

The first thing I noticed about KAY/O is that his abilities deploy very smoothly; it just feels nice and easy to use them. You won’t have any problem quickly pulling out any of the robot’s utility to make on-the-fly plays.

My immediate impression is that KAY/O isn’t quite the personality of Pathfinder from Apex Legends or Claptrap from Borderlands. His voice lines are a little predictable. However, I suspect he’ll come to life when interacting with the other agents. One line I heard that I absolutely loved was “Activating kill mode. That’s a joke. Kill mode is default.”

Gameplay-wise, KAY/O’s Signature ability is unique in Valorant. The dagger creates a spherical field that suppresses the abilities of enemy agents. I was testing the agent by myself, and I can confirm that you can’t suppress yourself. I suspect you won’t be able to suppress allies, either.

The ability has a 40-second cooldown, meaning you can use it multiple times per round. And the area of effect of the dagger’s suppression is massive – a lot bigger than I thought it would be. As an example, you can suppress almost the entire B site on Bind and Ascent. If you look at the minimap, you can see the exact area that suppression hits.

ZERO/point is an incredibly powerful tool to use when pushing a bomb site. It gives your team a window to overwhelm the enemy. Plus, it goes through walls. So, if you can hide the flight of the dagger from enemies, they’ll be hit with the suppression without any warning.

The ability should be incredibly strong on defense, as well as offense. If the enemy team is rushing onto a bombsite you’re defending, hitting them with suppression will give them second thoughts. That alone will cause chaos among their ranks, causing some to retreat while others continue pushing.

But even more importantly, it will prevent the enemy team from using their flashes and other entry abilities. When you see a flash from the enemy team or they smoke off some angles, get ready to whip that dagger into the onrushing horde. 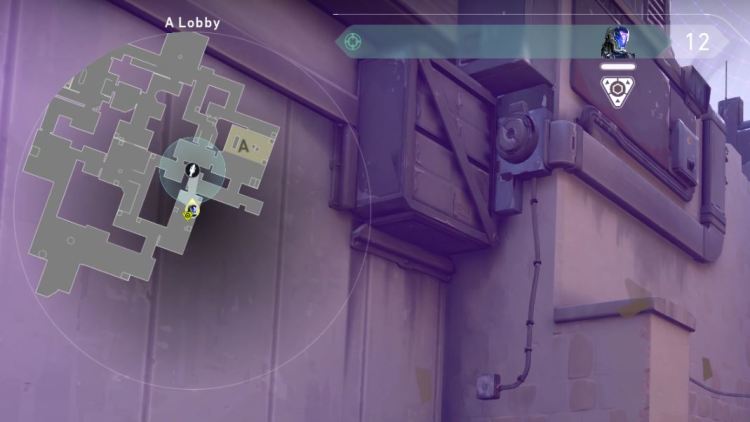 You can see the dagger’s radius on the minimap.

The suppression dagger is a useful tool for retaking sites too. Since you’re essentially attacking at that point, you can use it to create windows where your team has the advantage of ability usage.

The best thing about KAY/O’s flash is that it can be thrown far on a long fuse or dropped close with a short fuse time. The long fuse time is 1.6 seconds, while the short fuse is just 1 second. The flash grenade doesn’t bounce very much, but because of the different throwing methods, you don’t need it to.

There are a few neat tricks you can employ with FLASH/drive. You can throw a longer flash into the ground near you, causing any enemies looking your way to turn or hide. Then immediately after you throw it, drop a short fuse flash in the same spot. You will often catch enemies turning back to face you or re-peeking the angle as the second flash goes off.

Another trick that is good to try with KAY/O’s flash is to drop the short fuse around a corner and then immediately step out in front of it. You’ll get flashed very briefly, but enemies will either get the full effect or they’ll turn away. Either way, you get some free shots on players who can’t see you.

FLASH/drive is a very good cover to throw out ZERO/point. If you toss a flash onto a site or around a corner and immediately follow it up with a suppression dagger, enemies aren’t going to know what hit them.

In terms of flexibility and ease of use, I think this is one of the best flashes in Valorant. But they don’t come cheap at 250 Credits a pop. That’s 50 more than Phoenix’s Curveball, Reyna’s Leer, Breach’s Flashpoint, and Yoru’s Blindside.

FRAG/ment is KAY/O’s damage-dealing grenade. It bounces off walls but sticks to the first horizontal surface it touches. You can also right-click to lob FRAG/ment underhand. But I’m not sure that’s going to be particularly useful.

The grenade does 20 damage per pulse at its center and around half that at the edge. FRAG/ment pulses four times, so it’s not going to kill anyone. However, it will remove a decent chunk of health. It’ll be a good tool to flush enemies from cover.

It’ll also be good for post-plant lineups. But you’ll need to coordinate with someone or be close enough to peek the spike because, as mentioned, an enemy at full health won’t need to stop defusing to survive the damage.

The grenades damage is spherical. So, you can hit enemies (or allies) that are standing above and below the point FRAG/ment hits. However, unlike Killjoy’s grenades, the damage doesn’t go through solid objects.

FRAG/ment is probably KAY/O’s most uninteresting ability. It’s a nice addition to the robot’s kit and it’s certainly useful but it doesn’t offer much in the way of creative plays. However, one interesting thing I noticed about it is that the pulses make a lot of noise. You can use these to mask your footsteps without the need to walk as you’re rotating or moving onto a site.

KAY/O’s Ultimate ability causes the robot to pulse with suppressing energy, shoot faster, and go into a downed mode instead of dying when his health reaches zero. Again, this sounds a lot like an ability a duelist would like.

The downed mode means that you can be entering a bomb site on the frontline and trading with enemies, but then you get to come back to life if your teammate can revive you.

The duration of NULL/cmd is 12 seconds – plenty of time to deal some damage. As for the suppressing pulses, they’re about the same size as the footstep audio ring on the minimap. That’s larger than all the bomb sites. Basically, using KAY/O’s Ultimate to push a site will prevent any enemies from using their abilities. That’s a massive advantage, and it will be interesting to see if it suppresses allies too.

Agents that pair well with KAY/O

I was hoping ZERO/point would bring an end to the post-plant meta. But I suspect it’s going to be a devastating addition to the team compositions that excel at planting the spike and using abilities to prevent defusing.

As for individual agents that KAY/O will pair well with, I think Sova is an excellent one. He’s another initiator, but, as I mentioned, KAY/O can be played more like a duelist anyway. Sova partners well with KAY/O because of this Recon Bolt. You can use it to find out exactly where enemies are, then hit them with ZERO/point to prevent ability use.

Similarly, Cypher’s Trapwire will tell you where an enemy is, and you can guarantee the suppression dagger will hit. Spycam is also excellent for tracking enemy movement. Cypher can tell you exactly where to throw the dagger for maximum effect.

Another great pairing with KAY/O is Yoru. He can use his Dimensional Drift to run across an entire site invisibly and point out where enemies are. KAY/O can use his entire kit to hit strategic targets and allow your team to take the site.

With his versatile kit, powerful ultimate, and unique ability suppressing skills, I think KAY/O will see a lot of gameplay in Valorant.

Along with the new agent and my opportunity to preview KAY/O and check out what he could be like in gameplay, Riot Games also recently released all the new cosmetics coming in the Valorant Episode 3 Act I battle pass. You can check them out here.