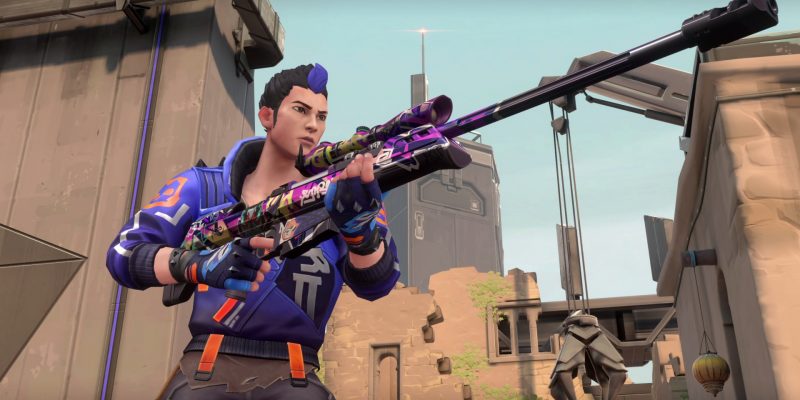 There’s always something to be excited about with Valorant. Yesterday, Riot Games revealed it is improving AFK detection and implementing a better system to pick up negative chat behavior. Today, the developer has launched a new mode for players to enjoy. The new Valorant game mode is called Escalation, and it is designed to help players practice with new weapons.

Escalation is fun, fast-paced action, and should not be taken as seriously as regular matchmaking. It is meant to be casual and is the perfect way to warm up before jumping into more competitive modes. In Valorant’s new Escalation game mode, you will be given a powerful weapon to begin with. However, your weapon is periodically replaced with less-lethal ones as the match progresses.

Escalation will only use guns and abilities from the core game. No experimental abilities like you encounter in Spike Rush. The new game mode is played as a team of five, so you still need to work together to win.

Players compete in a 5v5 team-based battle on one of the Valorant maps. The weapons you use are semi-randomized, and each consecutive weapon will usually be less powerful than the one before it. When you die, you will respawn like you would in a team deathmatch. Escalation matches last roughly eight minutes. If no team has won after 10 minutes, the match will be concluded and the team in the lead will win.

When a match begins, a random set of 12 guns and abilities are chosen. Players will need to make their way through the entire list by getting kills to win the match. A team will progress to the next weapon when they get a designated number of kills.

The player who gets the kill that reaches the designated number will be the first to get the new weapon. All other members of the team will have five seconds to grab the weapon from the shop before their weapon is automatically changed. However, if you have not killed anyone with the weapon in your hands, you will need to do so before progressing onto the next one. You also cannot skip weapons to catch up to your team. The only exception to this is the final weapon, which the whole team will receive as soon as they reach the final stage.

This sounds like a fun departure from the usual seriousness that characterizes Valorant matches. Even if the Escalation mode doesn’t interest you, there are sure to be plenty more updates for you to look forward to.

Valorant patch 2.03 makes big changes to Reyna and the Stinger