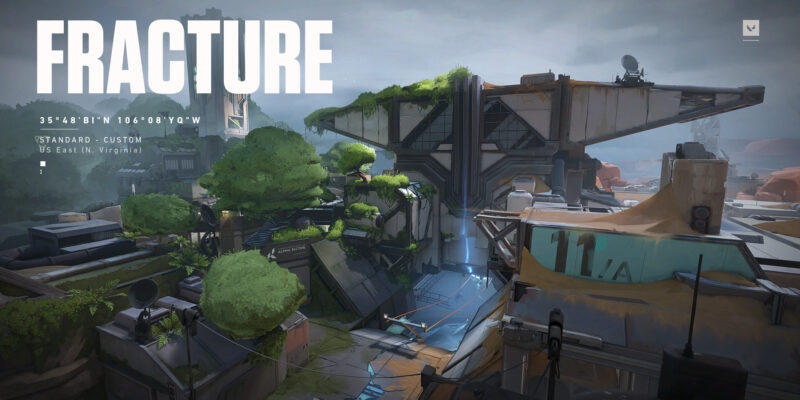 For me, a new map is more exciting than a new agent in Valorant. I’ve got a few characters I enjoy and I’m happy to play them for hours. But maps, I like to play a different one every game. Fracture is the seventh map to be added to Valorant and from my time in the preview, I can tell you it feels unlike any Riot Games has released before.

The developer already told us the basic structure of Fracture is unique. Defenders start in the center of the map, and attackers have two sides to approach from with underground zip lines connecting the two areas.

I want to paint a complete picture of Fracture and all its nooks and crannies. So, I’ll first show you the map overview. Then, we’ll take a look at the two bomb sites, and I’ll show you the various approaches for the attacking side. And finally, I’ll show you some lore tidbits I managed to find.

The map for Fracture in Valorant

If you’ve seen the teaser trailer for Fracture, you will know it is divided into two distinct sections. One is lush and green, the other is arid and sandy. The two contrasting aesthetics will help you get your bearings on Fracture very quickly. It’s easy to orientate yourself because you know that A is dry, and B is lush. More simply put, A is brown, and B is green. As you can see, the defenders have the run of the middle section of the map until the barriers come down. On the other hand, the attacking side is confined to a segment in the north and south of Fracture. As mentioned, there are zip lines connecting the two attacking starting zones. If you remove the Attacker Side Spawn and Bridge, you can clearly imagine the H-shape Riot referred to as the basic layout of the map.

There are three routes between the two bomb sites — through the Attacker Side Spawn, the Defender Side Spawn, and the Attacker Side Bridge. The A-bomb site has three entry points for defenders to keep an eye on, four if they lose B-site. The B-bomb site also has three approaches for attackers, but five if they lose A-site. My immediate impression was that B is going to be the tougher one to attack or re-take, as there are just so many places to hide. But we’ll get to that shortly.

You can see the one approaches to the A-bomb site above and the other below. The first approach, from the Attacker Side Spawn, is very narrow and has plenty of corners for defenders to hide behind. The other approach, from the Attacker Side Bridge, is a lot more interesting with the massive dish in the middle. Choosing this route gives you an elevated view of the bomb site. However, dropping down is going to be very difficult.

The key to attacking A-site is going to be coming from both directions. That way, you can reliably clear all the angles before pushing onto the site. You can also use agent abilities to help with this. 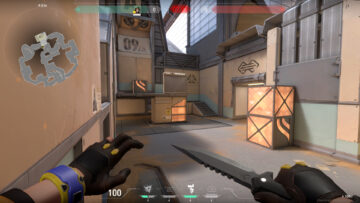 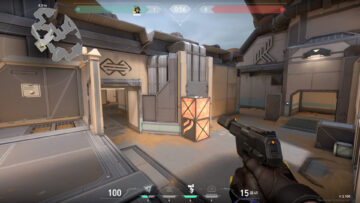 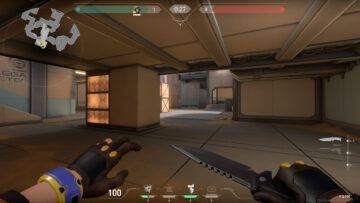 Choosing where to set up as a defender on A-site is interesting because almost all the objects can be shot through. So, they’re not reliable cover. A-rope is an excellent spot to get early vision of attackers moving from Attacker Side Spawn. Plus, you have a narrow line of sight of attackers coming from the other directions too. It’s an excellent spot for a Killjoy Turret.

The back of A-site is also a solid defensive position, and pushing up to the Dish will give attackers problems.

As I mentioned, the lush greenery of B-site is a lot more complex. There are two main approach avenues, which you can see above and below. However, there’s an underground tunnel that attackers can move through to attack from different angles. Plus, if you can get into the Tower behind the bomb site, the defenders will have an incredibly tough time holding you off the site. A Duelist like Raze will be a strong contender to push through Tower.

Much like A-site, a lot of the cover can be wallbanged. So, it’s tough to hold on the site. However, as long as your teammates are holding A-site, defenders can get creative with their positioning in B Link and Canteen. Holding these positions also gives you an easy route to A-site if you need to rotate. 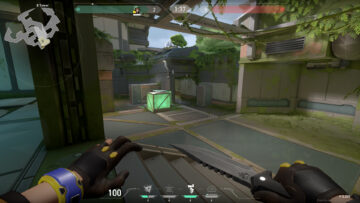 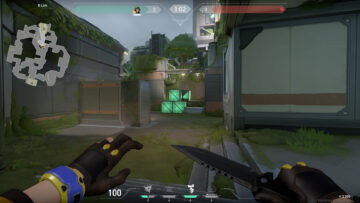 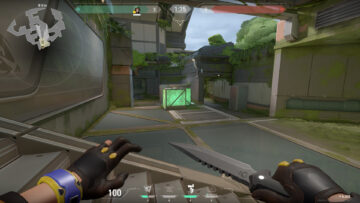 It’s not a bad strategy in general for the defending team to stay more central until the attackers commit to a site. Otherwise, someone in the Tower, someone at back site, and a third hovering in Canteen will work well too.

The interactive narrative objects that Riot mentioned are emails and a key card that can be found before the barriers drop. There are two in the Defender Side Spawn and one in the Attacker Side Bridge. These were the only three Valorant lore objects I could find during my preview of Fracture, but there may be more coming in the future. 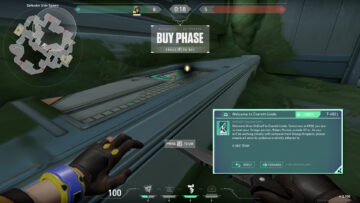 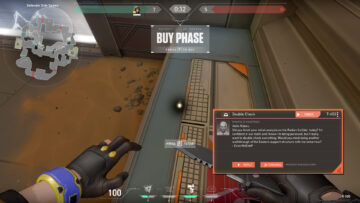 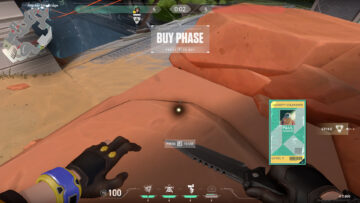 I’m not clued up enough with the lore to dig up any hidden information. But, they clearly speak to the explosion we saw in the Fracture teaser trailer. I guess Ruben’s math wasn’t as good as Oran thought.

I enjoyed my preview of Fracture and think it will quickly become one of the favorite maps in Valorant. The new map will go live on September 8 with the beginning of Episode 3 Act II.

By Andrew Farrell19 mins ago
Previews

By Martynas Klimas17 hours ago
Previews

By A.K Rahming21 hours ago
Previews