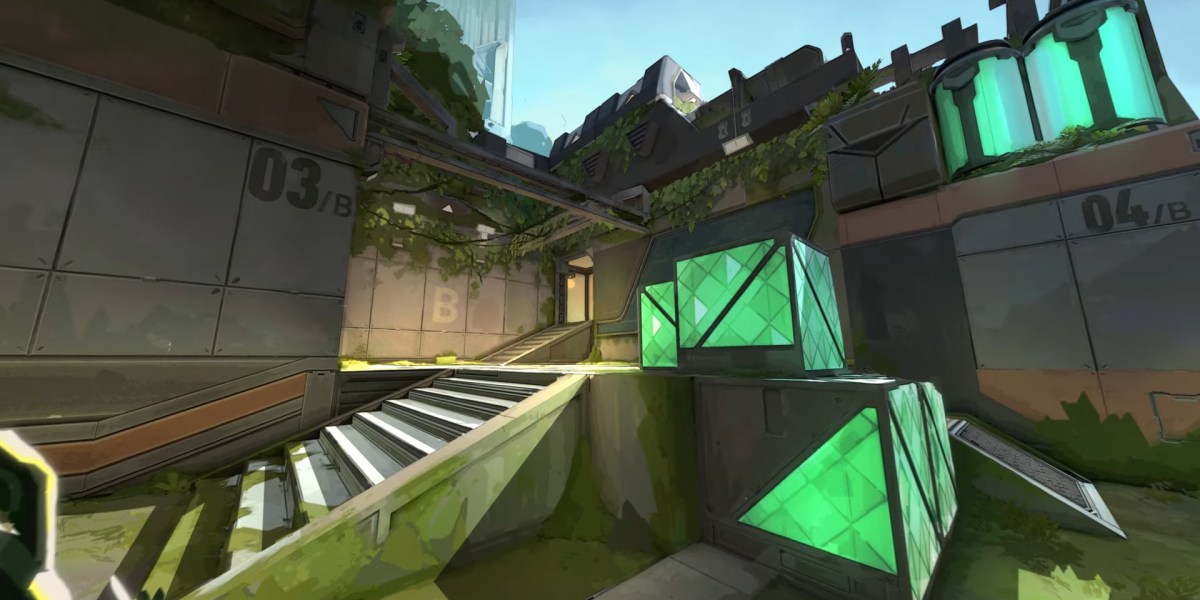 After being delayed by Riot Games for two weeks, Valorant Episode 3 Act II will finally arrive on September 8. The developer has already given us a thorough look at the upcoming battle pass. However, details about the new map have been scarce. Now, Riot has shared a teaser that shows ever so slightly more of Fracture, the seventh map coming to Valorant.

Previously, we were told that Fracture will have some unique features. For one, the defenders begin each round in the center of the H-shaped map. It also has zip lines that go under the map and allow for quick rotations. Plus, it will have interactive objects related to the game’s narrative.

While the Valorant Fracture teaser trailer doesn’t show us the layout of the map, it does show the two distinct sides, and they both look abandoned. But one is overgrown with vegetation, and the other is covered in sand and dust.

This begs the question, what caused this contrasting split? Based on the visuals of the teaser and the narrator’s comments, it seems highly likely that it had something to do with Radianite experiments. My guess is that Fracture might be straddling the breach between the two worlds of Valorant.

The Fracture teaser only leaves me wanting more about the new Valorant map. I will be previewing it over the next few days, and you’ll be able to check out my impressions on September 3. So, make sure you swing by then to get the lowdown.

There are two other things of interest in the teaser. The first is the bullet at the beginning. Is it purely a narrative element or is Riot teasing a new weapon? If they are, it looks to me like a sniper rifle. Possibly with exploding bullets.

The other intriguing element of the teaser is the narrator. There are no French agents in the game right now. So, who is he? Could he be the next agent? Or maybe I’m reading into it too much.

By Leo Gillick20 hours ago
News