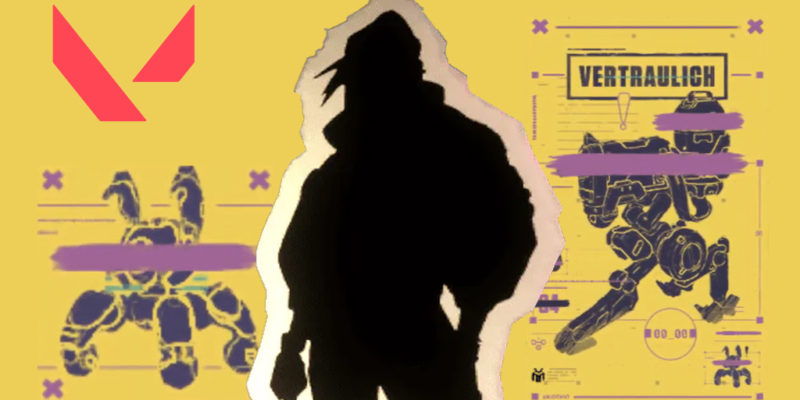 Valorant data miner floxay has just uncovered the abilities of the next agent coming to Riot Games’ hero-based tactical shooter. We’ve known for some time, also thanks to data mining, that agent 12 went by the name of Killjoy. Recently, the developers even snuck a silhouette of the agent into a store on the map Split. Now, the video mined by floxay gives us a first look at Valorant agent Killjoy’s tech-based abilities in action.

Killjoy’s name might prove to be quite literal, because some of the new agent’s abilities look like they are going to make many players very sad. Killjoy will be the third agent added to the game, following Raze and Reyna – both of which were considered overpowered at release.

In order of their appearance in the video, Killjoy’s four abilities are named Alarmbot, Turret, Nanoswarm, and Lockdown. Alarmbot and Turret are purchased abilities. Nanoswarm is the agent’s Signature ability, and Lockdown is Killjoy’s Ultimate ability.

In an amazing coincidence, the Valorant team also accidentally set a Killjoy reveal page live. It has since been taken down. However, the page revealed what Killjoy’s abilities do. 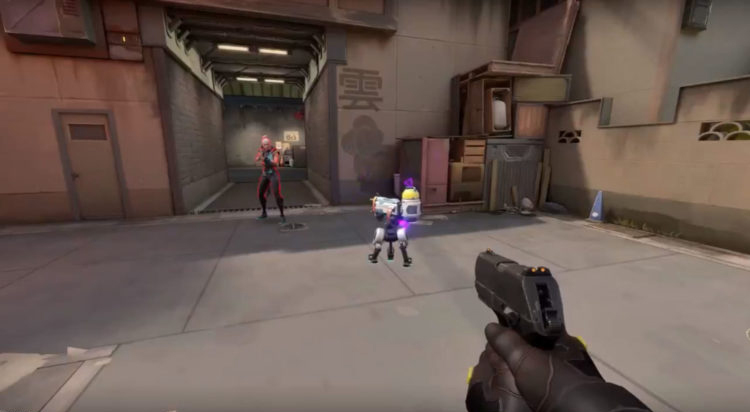 Alarmbot works in a similar way to Raze’s Boom Bot. You can deploy it to a location where it will hunt down enemies who dare to come in range. When it reaches its target, it will explode to deal damage and leave the enemy temporarily vulnerable. Vulnerable enemies take double damage. You can also recall the Alarmbot.

Turret is as straight-forward as it sounds. You deploy a turret that fires at enemies in front of it. It’s firing range is 180-degrees in one direction. Just like the Alarmbot, the turret too can be recalled.

Nanoswarm is a grenade that can be placed before a fight or tossed out when needed. What’s interesting, is that when you throw the grenade, it doesn’t explode. You need to activate it again to release the swarm of nanobots and make the enemy cry. From the video, it looks like ‘cry’ means dealing damage to the enemy. 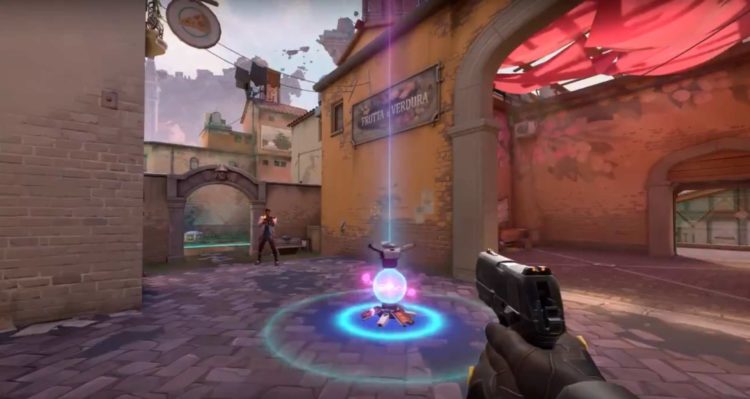 Killjoy’s Ultimate, Lockdown, will do just that to enemies caught in it. After a short wind-up, it will detain all enemies caught in the radius for eight seconds. Notably, enemies can destroy the device before it activates. From the video, it looks like enemies are slowed almost to a standstill and cannot shoot or use abilities. Lockdown will have a devastating effect on any team caught in its blast. However, the ability is going to be very tough to use. I suspect it will be best used to hold a site or stop a push.

In addition to the new Valorant agent Killjoy, more game changes are coming too. Riot Games detailed a new Act Rank system coming in the Act 2 season, which will allow players to reflect on past wins.