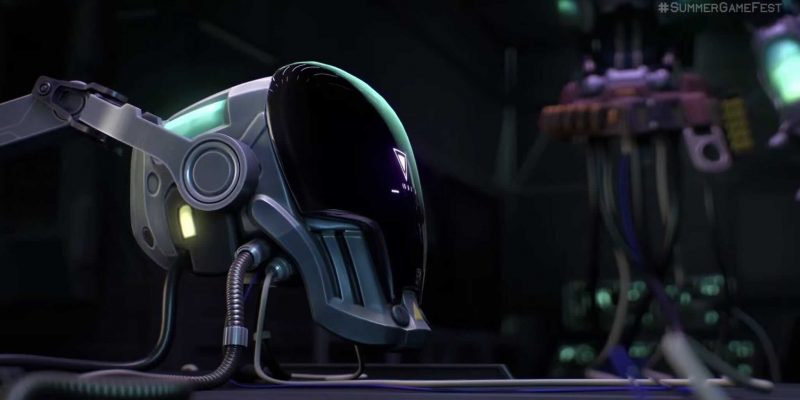 If you blinked, you may have missed the brief clip from Valorant. Not that you missed much, as the whole thing is only a single shot and six seconds of footage. The latest Valorant teaser combined with some other teasing that has been going on does give us a good idea of what the new agent is all about.

The biggest reveal from the Summer Game Fest 2021 teaser is that the next Valorant agent is most likely a robot or an android. Presumably, the torso and arm seen at the beginning of the clip belongs to agent number 16.

The headpiece seen later in the teaser is either the agent’s head or a helmet holding its brain or consciousness – if Riot goes the android route. Both are entirely plausible.

Everything we know about the new Valorant agent

I think Killjoy built the next agent coming to Riot’s tactical shooter. We know she’s a tech wiz that’s more than capable of building an advanced robot to fight enemy Radiants. Plus, just after the Summer Game Fest teaser, Killjoy “took over” the Valorant Twitter account. In one of her posts, she offered to modify Brimstone’s arm.

No Brimstone remember your screen isn’t frozen it’s just locked, and no the internet isn’t down, it’s never down. pic.twitter.com/IwmxQHGXaW

So, it’s entirely possible she could also have modified a person to become an android to save their life or simply to make them more powerful. The rest of the Killjoy tweets are about her working and having a good time. However, I think the fact that she’s suddenly become the voice of Valorant on social media strongly suggests she has close ties to the new agent.

We also know a little bit about the new agent’s abilities thanks to Valorant dataminer floxay. They recently shared some tags associated with the agent, codenamed Grenadier, which suggests its skills will suppress Radiant abilities. Some players have also seen a knife sticking out of a box on the new map, Breeze.

Here's a better look at the knife!

Judging by the setup here, this may be the ability that disables other abilities.

A throwing knife that emits an ability-suppressing bubble is a perfectly plausible possibility for a new Valorant agent. Abilities like that will also drastically change the game’s meta and result in very different types of engagements.

Valorant is currently celebrating its first anniversary and has events planned throughout June. I’m sure there will also be plenty more teasing of the next agent. Keep your eyes peeled in your matches.