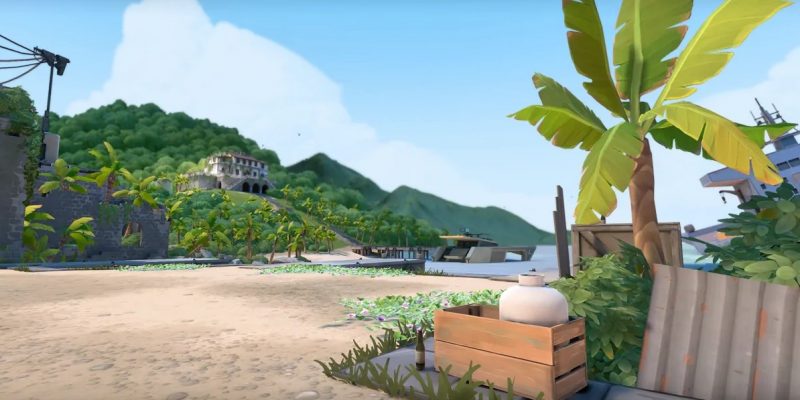 The Valorant 2.08 patch notes just dropped, and it’s all sunshine and beaches. The major addition with this update is the release of the new map known as Breeze. There are also a few social and quality of life updates worth noting. But first, to the beach.

When the new map launches, a Breeze-only Unrated queue will be added to Valorant. This queue will remain for two weeks to give players the chance to get familiar with the map. It also gives players a chance to uncover any issues Riot Games may have missed.

Perk your ears up

Valorant received a nice audio update in patch 2.06, which added Head Related Transfer Function (HRTF) to the game. This is Valorant’s version of 3D audio. However, it only affects certain audio aspects like footsteps and reloads. After feedback from the community, weapon drops have also been added to HRTF with the latest update. For the more competitive Valorant players out there, you’ll be pleased to know that coach slots have been added to Tournament Mode Custom Games with patch 2.08. The coach slot will allow you to spectate only the chosen team. You will not be able to ping the map, use Team Chat, or Voice Chat in-game. However, coaches will be able to use All Chat and Party Chat to communicate with tournament officials. They will also be able to pause the game when players are also allowed to do so.

The final social update is one for the player reporters. If you make a report against a disruptive player and Riot takes against them, you will now receive a notification informing you of that action. Players who have action taken against them for the first time will also now receive a warning and reminder of Valorant’s code of conduct.

The Valorant 2.08 patch notes also include a bunch of bug fixes for agents, modes, and Competitive matchmaking. You can check them all out on the Valorant website.