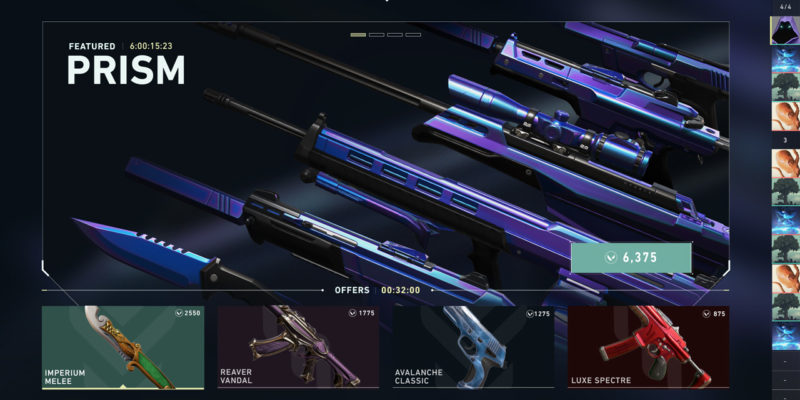 Every day brings something new to Riot Games’ hero shooter. On the back of a new closed beta patch, the Valorant team has shared more details on the game’s various cosmetic systems. This includes the store, agents contracts, and the battle pass that will release when the game fully launches.

Riot has already revealed a lot of information about Valorant skins and cosmetics. Players with access to the closed beta gave viewers a tour of the work-in-progress store almost immediately. Since then, some new weapon skins have been released. And recently, the Valorant team explained how it develops weapon skins and revealed some improvements it is making to the agent contract system. 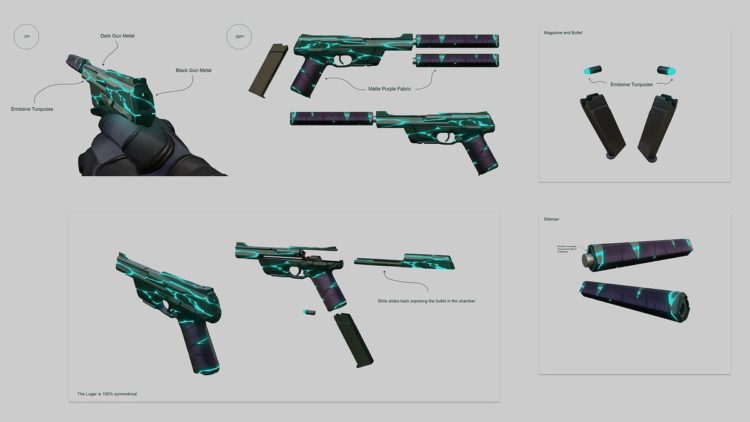 In the latest Valorant announcement, Joe Lee, the revenue lead for the game, dives deeper into the systems players can use to customize their style. He’s quick to remind players that Valorant values competitive integrity very highly. To that end, skins will never affect gameplay. If you own a fancy Vandal skin that changes the sound the weapon makes and adds fancy reload animations, those things will only change for you. For your opponents, the only thing that will change is the look of the Vandal.

Riot already revealed that players will need to use Valorant Points (VP) to acquire content from the store. These points are purchased with real, hard-earned cash. The store has two sections, Featured and Offers. Featured content rotates every two weeks, while Offers change every two to three days.

Now, the Valorant team has also unveiled a new currency coming to the game: Radianite Points. This currency will be used to evolve certain weapon skins to unlock new animations, sounds, color palettes, visual effects, and unique finishers. You’ll mainly earn Radianite Points through the battle pass, but you can also purchase them in the store.

New players will begin with an onboarding pass, which will culminate with you unlocking two characters. Once you complete that contract, you can equip the individual agent contracts. 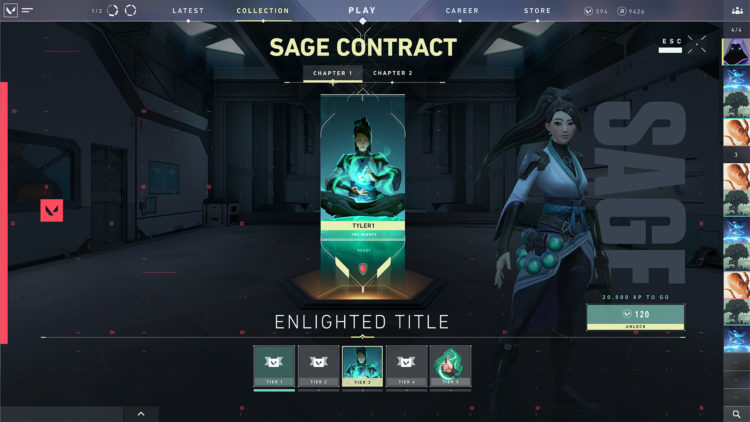 The agent contracts each have 10 tiers. The first five tiers can be purchased or earned. However, you can only earn the last five tiers through playing. Throughout the contract, you will earn cosmetics based on the agent. Plus, when you finish the final tier, you’ll also unlock a new agent.

One last note about Ranked

The recent Valorant patch added Ranked mode and Competitive matchmaking to the game. However, the team said the mode would not be activated until the competitive integrity of the latest patch is assured. Unsurprisingly, players are begging for the more competitive mode to be activated, but the Valorant team tweeted to make their plan crystal clear.

For those asking for ranked to be turned on – not today, sorry. We're evaluating on a day-by-day basis based on server stability and competitive integrity of the queues (e.g. no uncounterable exploits). Today is not that day. Will let you know tomorrow.