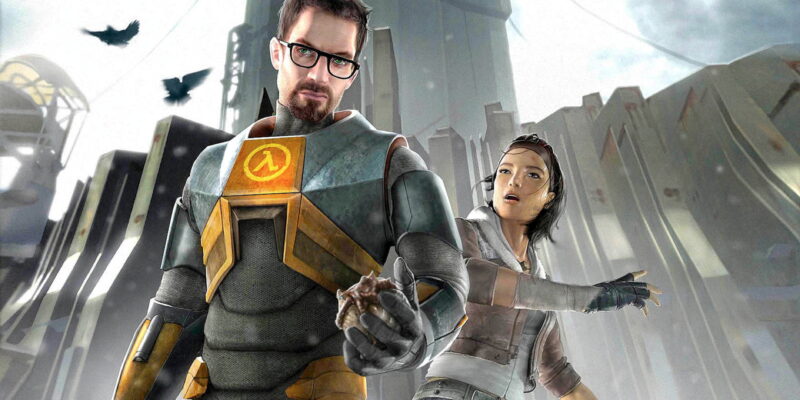 Fans of the Half-Life series have long seen Half-Life 3 and its eternal vaporware status as something of a joke. At this point, it appears safe to say that Valve does not intend on actively developing Half-Life 3 any further than it already has, at least in the foreseeable future. That did not stop fans from rekindling their hope after Valve released Half-Life: Alyx, a VR spinoff that serves as a prequel to Half-Life 2, last year. But according to a recent recent rumor, Valve still has the development of Half-Life 3 on hold — to no one’s surprise. However, this rumor did claim that Valve plans to release an RTS/FPS co-op game set in the Half-Life universe that will demonstrate the capabilities of the upcoming Steam Deck.

Tyler McVicker, a YouTube content creator who formerly went by the name Valve News Network, shared this rumor in a recently uploaded video. In this video, McVicker discusses a few projects that Valve apparently has in development, including the formerly mentioned RTS/FPS game, which goes by the codename “Citadel.” According to McVicker, Citadel will supposedly serve as a big “nostalgia fest,” and he describes it as “Left 4 Dead, Alien Swarm, an RTS and Half-Life all having a baby.”

The Source of the rumor

Apparently, Valve has “Citadel” in active development, and it could come out “within the next year-and-a-half to two years,” at least according to McVicker’s estimation. But then McVicker confirmed the opposite for Half-Life 3, saying that “any kind of traditional mouse and keyboard FPS at Valve is not taking place.”

Of course, no one should take any of the claims made in the video as gospel, and even McVicker himself reminds his viewers of this. But if Valve indeed has an RTS/FPS Half-Life game currently in the works, then it could end up becoming a major critical success much like Half-Life: Alyx did.