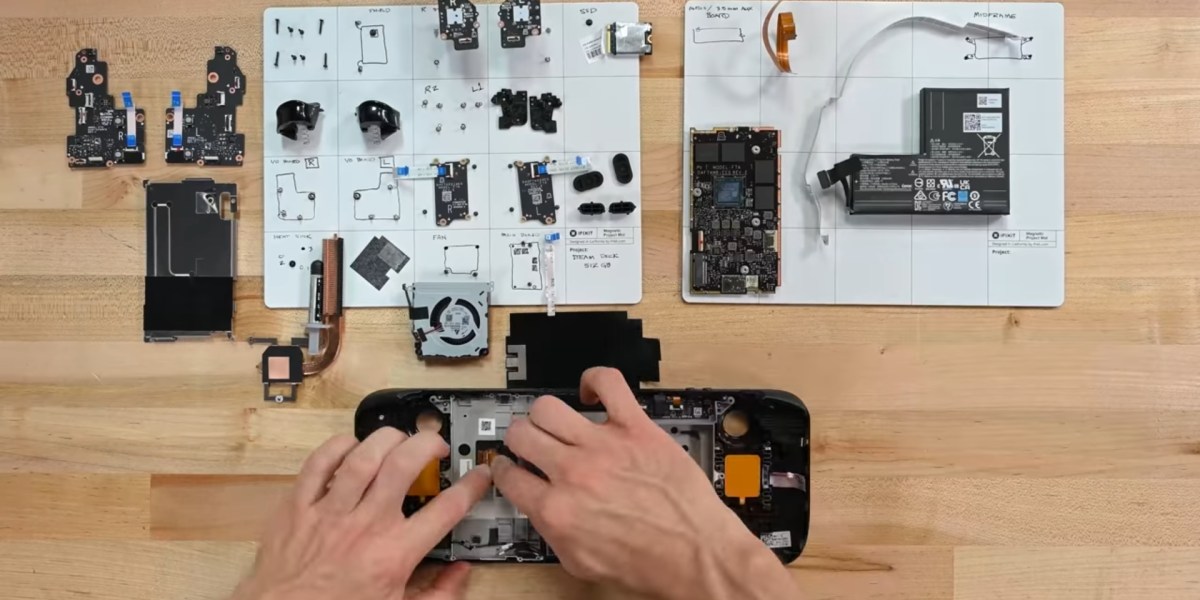 iFixit has partnered up with Valve to become an authorized seller of replacement parts for both the Steam Deck and the Valve Index. Valve has been open with various aspects of the Steam Deck, from giving various outlets plenty of time to poke around the hardware, to even releasing a CAD file on the device’s external shell. The company’s partnership with iFixit is another great step in the right direction.

It’s fair to say that iFixit is a pretty well-established brand at this point. It sells a load of different tools and parts for all kinds of tech, making it far easier for consumers to repair their own devices. Valve’s partnership with iFixit is very good news indeed, and it’ll hopefully empower Steam Deck users to fix a problem themselves, should one arise.

The details between the two companies haven’t been finalized just yet. As such, iFixit’s store does not currently have any of the Steam Deck or the Valve Index’s replacement parts listed for sale. The announcement post reads “We are still hammering out the details, and will be sharing more info on this soon.”

Steam Deck repairs should be easy

While there are not any parts in the store yet, iFixit did release a teardown video for the Steam Deck. The video highlights various aspects of the Steam Deck’s design. One of the more notable aspects is the device’s simplicity. Opening up the Steam Deck is simple, and only involves taking out eight Phillips screws and gently prying the back of the device off. It’s as simple as that, and should be manageable for almost anyone.

There are a few other things that the teardown video highlights that are good to know. First off, the thumbsticks are really easy to remove and replace, with no soldering required. Thumbsticks on handheld devices have a notorious history for eventually drifting and being a nightmare to replace, so this is very good news. All the components inside the Steam Deck are clearly labeled too. You shouldn’t have to worry about accidentally fiddling with the wrong thing. 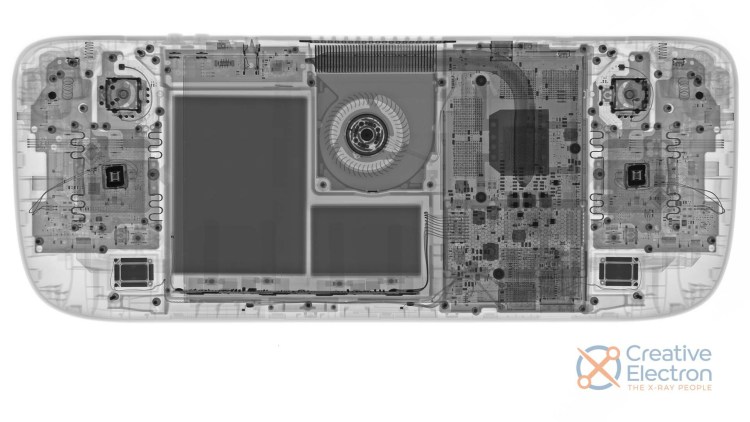 The trickiest thing to replace in the Steam Deck seems to be the battery. It’s glued in tight and getting it out seems to be a real pain. It would be easier if you could use some isopropyl alcohol to loosen the adhesive. Unfortunately, like the teardown video points out, the frame holding the battery has holes that lead to the back of the screen. Any liquid that falls through those holes could end up damaging the display, so it is not recommended. Outside that, the rest of the device is easy to disassemble and put back together.

For the most part, the Steam Deck looks easy to repair, regardless of how much experience you have with repairing other devices. Some extra knowledge wouldn’t hurt, but it’s clear that Valve wants to make the process as painless as possible. Valve’s partnership with iFixit to sell replacement Steam Deck parts is also fantastic news, as it should make getting the parts so much easier.

More details regarding replacement parts will have to wait for the Steam Deck’s launch later this month. If you plan to get one of these devices, we suggest getting caught up on coverage such as how the battery performs, just so you know what you’re getting into.

How to build the best Warzone Pacific KG M40 class

By Sam Robins55 mins ago
Guides