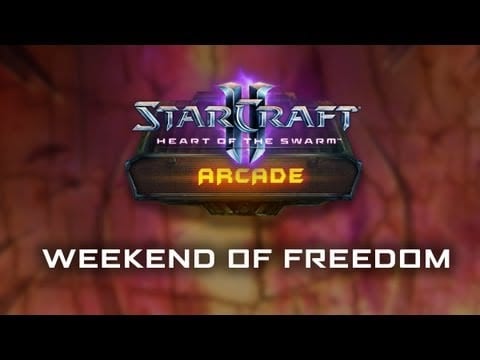 The third-party Steam Machine prices, designs and specs from the partners announced earlier today are revealed following the Valve CES conference this evening.

Prices and specs really do vary depending on the manufacturer, you could pay as little as $499 or a ridiculous $6000. Some of the pricing on the systems below have yet to be revealed but as you can see from the images and specs sent over to us by Valve this evening, it’s going to make picking a system quite difficult.

Alienware shared as little information as possible in the details we recieved. It’s a decent looking box but as it’s Alienware it probably won’t be cheap.

After today’s reveals I definitely think that the pricing variance is going to hamper the uptake of the Steam Machine. The idea of a gaming machine packed with PC power in you living room is a sound concept but not at some of the prices we have seen today. 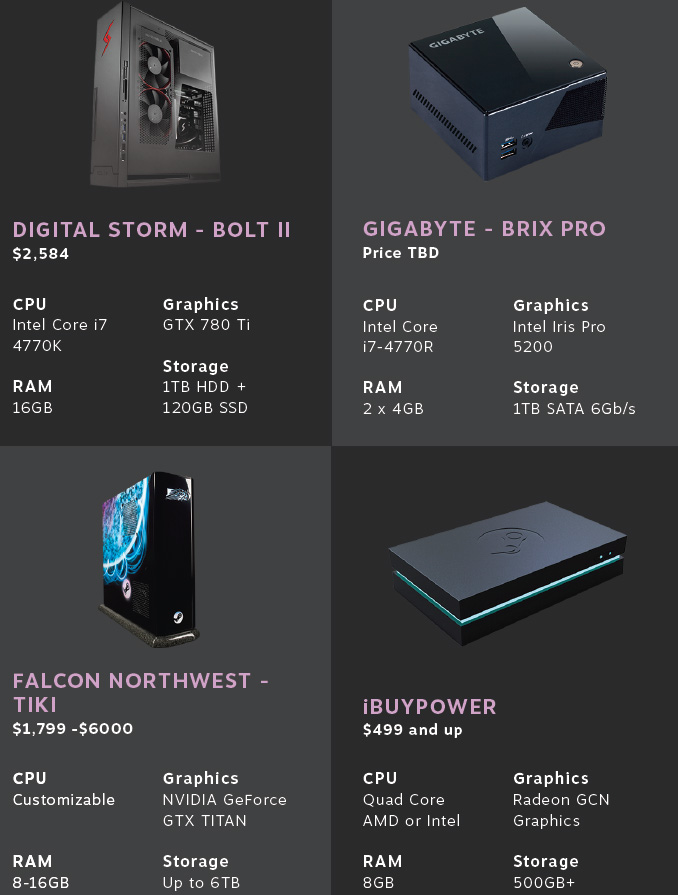 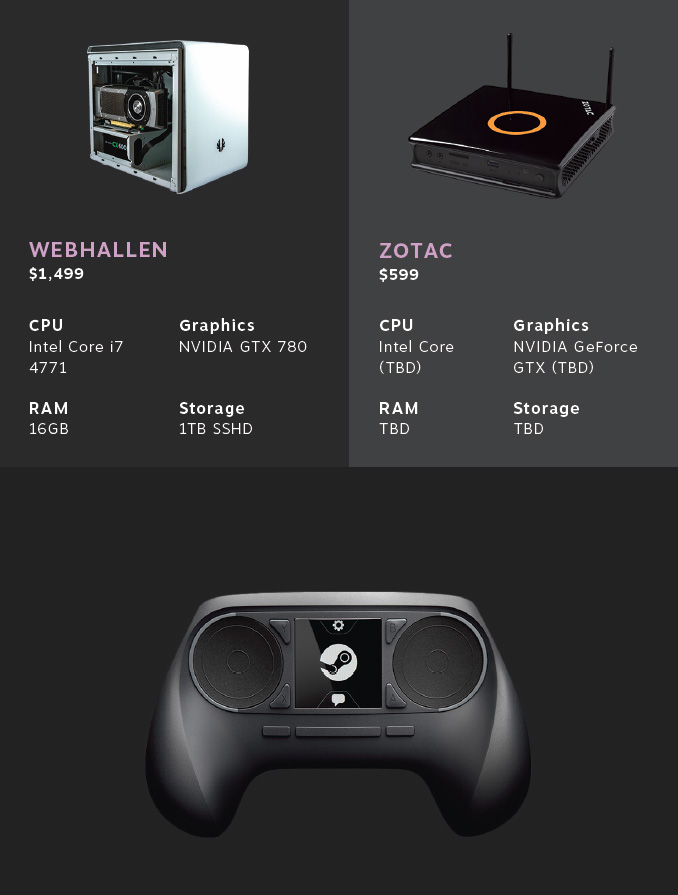 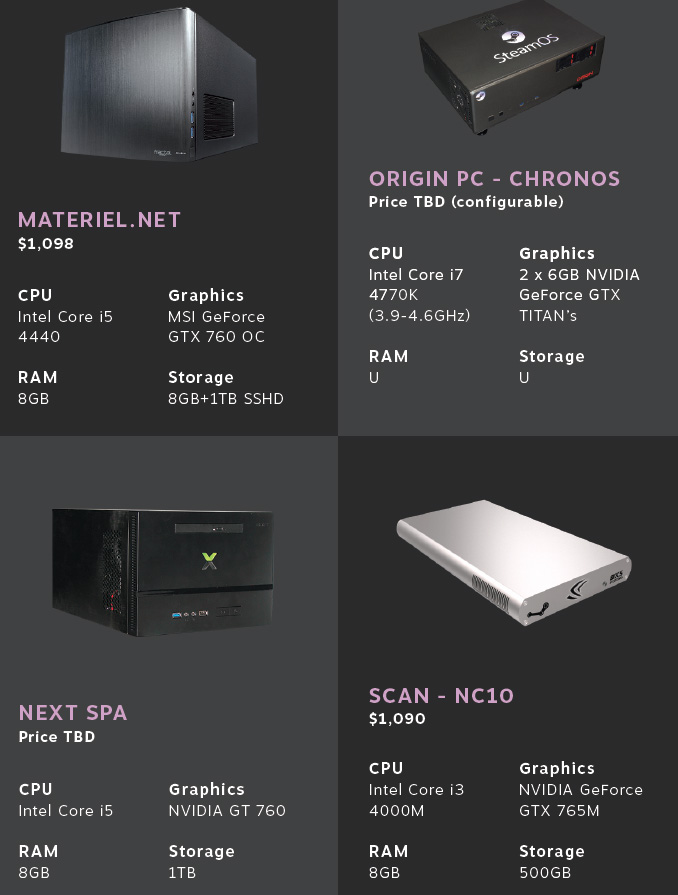 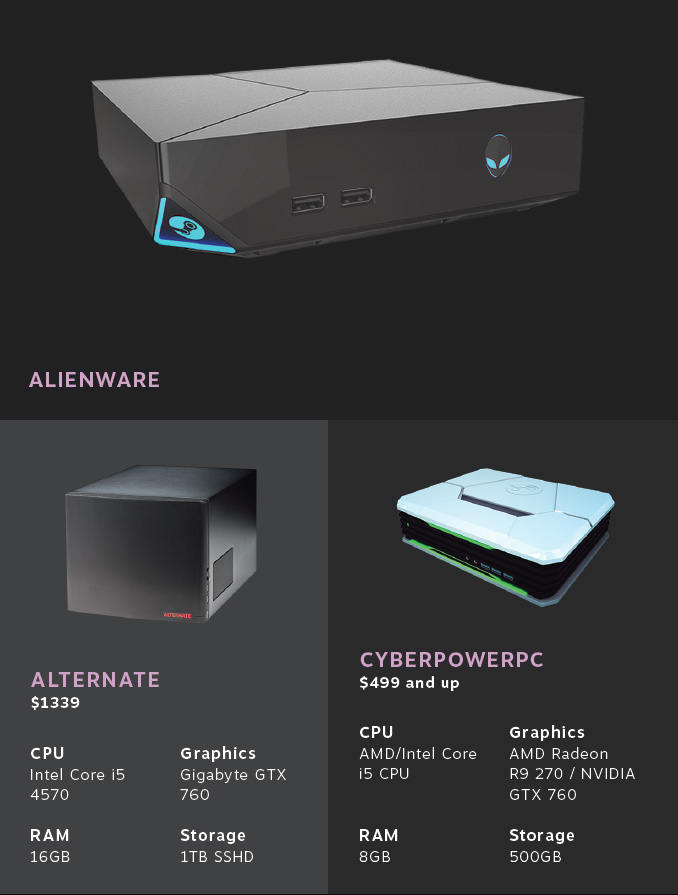 Next Hitman not cancelled