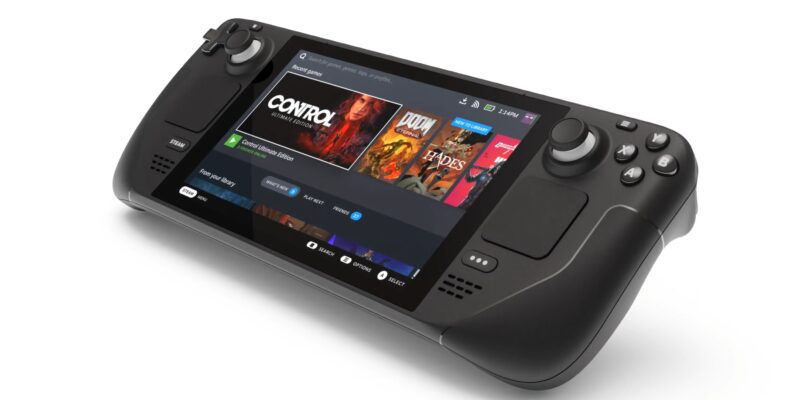 Well now, it looks like the rumors of a Valve-developed handheld device were true. Just moments ago, Valve revealed the Steam Deck (not to be confused with the Stream Deck), an “all-in-one” portable PC handheld, powered by Steam, along with specs. The company broke down everything about the device in the official website, calling it the “most gaming power you have ever held.” That power, by the way, will set you back starting at $399.99 USD when it goes on sale this December. Reservations for the device start tomorrow.

The Valve also revealed some impressive specs for the Steam Deck. It sports a 7-inch touchscreen, two mics, two speakers, four face buttons, two thumbsticks, a d-pad, two shoulder buttons, two analog triggers, four back buttons, and two track pads — one on each side. So no, Valve certainly hasn’t dropped the touchpad controls idea that gave the Steam controller little benefit. Luckily, they seem optional when paired with the physical buttons. Oh, and it comes with a headphone jack. Nice. 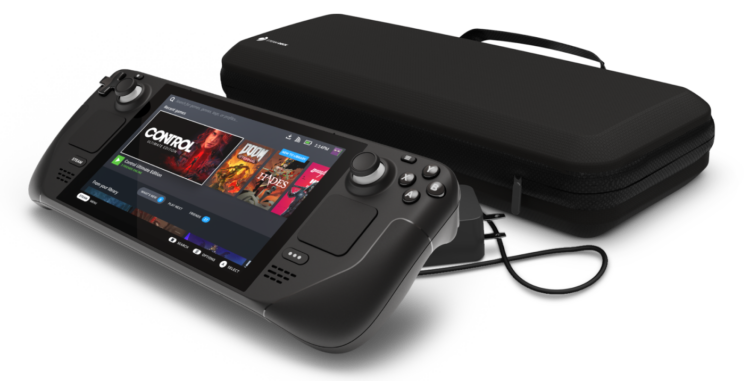 A case for handheld gaming

Each version of the Steam Deck comes with an included carrying case, but the more expensive variants have more for the price. The $529 USD model includes an “exclusive Steam Community profile bundle,” as does the $649 variant. However, the latter also comes with: “Premium anti-glare etched glass,” and an “Exclusive virtual keyboard theme.”

The Steam Deck will also have a dock, which will be sold separately (price isn’t available yet). According to the specs, the dock includes an ethernet port, outlets for DisplayPort 1.4 and HDMI 2.0, one USB-A 3.1 port, and two USB-A 2.0 ports. The dock can charge the Steam Deck, of  course.

Reservations for the Steam Deck will begin this Friday, July 16 at 1 PM ET. It’ll cost $5 USD to reserve a device, which will come available when it releases this December. Hit up the website for more information and specs.