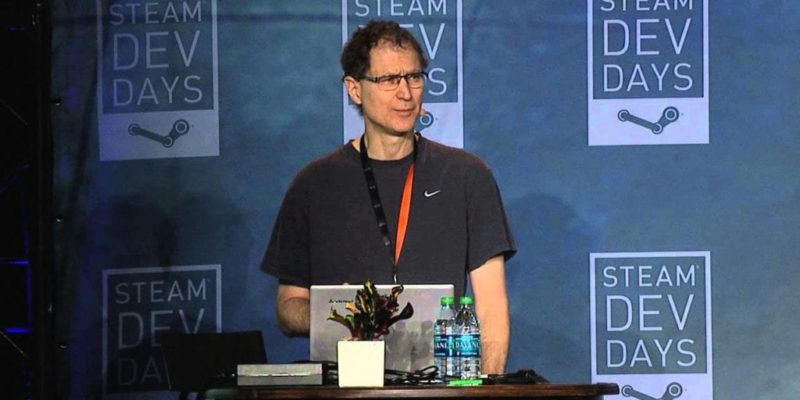 Just a couple of short days after the expensive Facebook purchase of virtual reality developers Oculus, Valve’s Michael Abrash has swapped his Valve office for an Oculus one. The team’s official site is hosting a lengthy “hello, I’m Michael Abrash” post, in which he details his history in the industry.

Understandably, he’s quite keen on this whole VR business. You should remember Abrash from his talk at the Steam Dev Days where he detailed the hardware improvements that would be required for VR to truly take off. Latency, resolution, head-tracking and all of that other important stuff. Here’s his talk, in case you missed it the first time around.

And here’s what he has to say about joining Oculus and the funding that Facebook has pumped into the company:

I’ve written before that VR wouldn’t become truly great until some company stepped up and invested the considerable capital to build the right hardware – and that it wouldn’t be clear that it made sense to spend that capital until VR was truly great. I was afraid that that Catch-22 would cause VR to fail to achieve liftoff.

That worry is now gone. Facebook’s acquisition of Oculus means that VR is going to happen in all its glory. The resources and long-term commitment that Facebook brings gives Oculus the runway it needs to solve the hard problems of VR – and some of them are hard indeed. I now fully expect to spend the rest of my career pushing VR as far ahead as I can.

It’s great to be working with John again after all these years, and with that comes a sense of deja vu. It feels like it did when I went to Id, but on steroids – this time we’re working on technology that will change not just computer gaming, but potentially how all of us interact with computers, information, and each other every day. I think it’s going to be the biggest game-changer I’ve ever seen.

Those are some optimistic words. Maybe he’s right, or maybe it’ll all end up with people looking at VR cat videos all day long. Only the future can answer that one.

Why you should play Smite