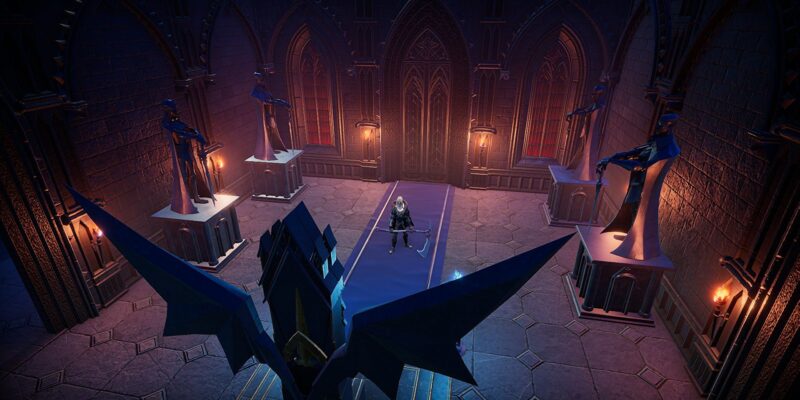 In May of this year, developer Stunlock Studios unveiled a new open-world survival game in the form of V Rising. This game adds a fun twist to the genre by placing players in the shoes of a vampire, which influences their objectives as well as the challenges they face in some interesting ways. Earlier today, Stunlock Studios uploaded a new gameplay trailer for V Rising that showcases the game’s premise and mechanics in more depth than the initial reveal trailer.

As one would expect from a survival game with a vampire as the player character, players will have to sustain themselves via blood, which they can find “in nearby settlements.” Both sunlight and garlic put the player character in significant danger, so players must avoid these areas whenever possible. Players also construct their own castle over the course of the game, and they can “invite blood-thirsty friends to join” while they wander around the world, “pillage villages, raid bandits, and wander into the territories of supernatural beasts.”

V Rising boasts quite a few multiplayer elements that players can take advantage of as they experience the game. For instance, players can “attack other players’ castles, or become a diplomat in a game of blood, power, and betrayal.” In addition, players can partake in PvP combat to “fight [their] way up the food chain and claim [their] place as the apex predator of a dark fantasy realm.”

It appears that quite a few systems will be at play in V Rising, which will likely appeal to players looking forward to a robust, deep experience. Those excited by the new V Rising trailer, and the game in general, will have to wait until Stunlock Studios provides a definitive release date. Until then, players can sign up for the upcoming beta on the game’s website.