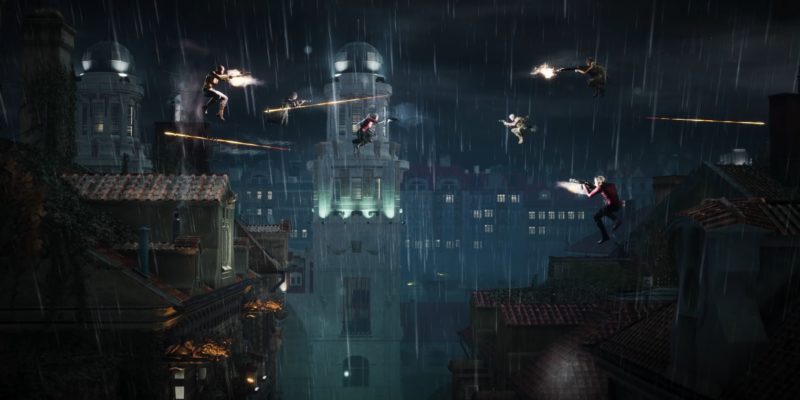 As if things were not already strange enough in 2020, it appears we will have a Vampire: The Masquerade battle royale in the future to look forward to. This will come via the newly formed Swedish studio Sharkmob. A teaser trailer was shown to announce this interesting mix of genre and setting, with a release window in the latter half of 2021. Who knew everything could be squeezed into the battle royale genre? Even vampires are getting in on the action.

Based on what we saw in the trailer, the vampires are taking to the streets to battle it out. With the abilities of leaping over rooftops, firing guns, and using explosives, the action seems to be on the minds of everyone. Nearing the end, we see an armored individual wielding a sword and shield.

It would be safe to presume that individual is hunting down the vampires. Considering the shield bears the mark of Vampire: The Masquerade‘s Second Inquisition, the other bloodsuckers are not just your primary worry in this Vampire: The Masquerade battle royale. An ever-closing circle of vampire hunters sounds neat.

The official description of the game places us in the city of Prague. With the vampire sects at war, you can either hunt solo or in teams. Players will battle other vampires and what is known as the hostile “Entity,” which is determined to rid the world of all vampires. At your disposal will be supernatural powers, weapons, and of course, blood. Hunt and fight in order to survive the night to be the last vampire standing. 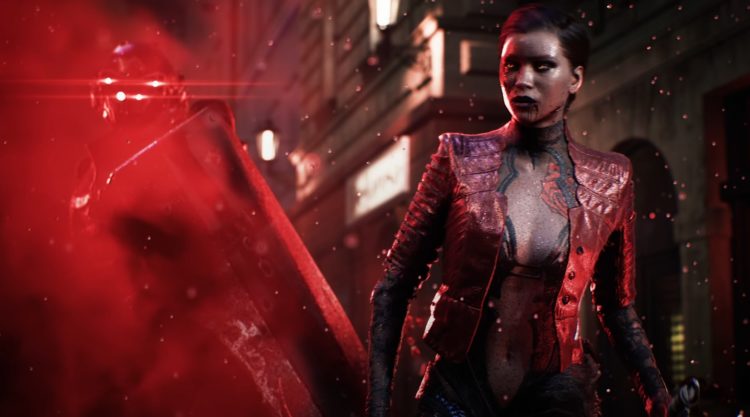 While many would see a Vampire: The Masquerade battle royale as being the antithesis of the series, it could still work. Just do not expect the deep and profound stories usually found in the mainline roleplaying classics like Bloodlines. The sequel for the cult classic has been delayed into 2021.