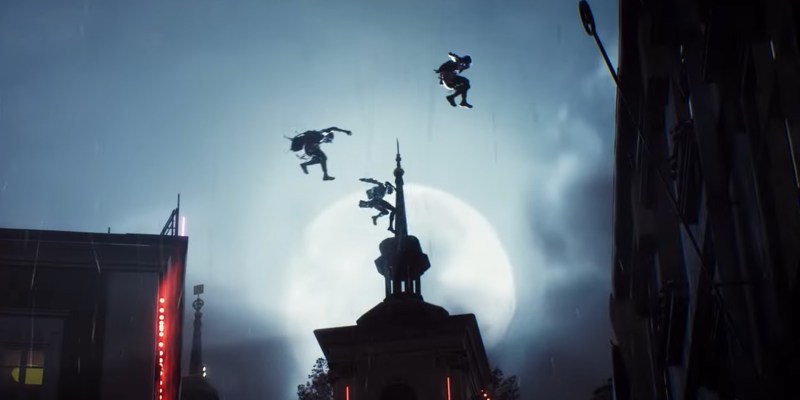 Can you imagine a bunch of vampires running around a city trying to kill one another? I sure can thanks to the new trailer that dropped for the Vampire: The Masquerade – Bloodhunt battle royale game in development. We’ve actually known about this title for a little while now, but it doesn’t hurt to remind with a new look at how things are coming along.

Vampire: The Masquerade – Bloodhunt is in development by Sharkmob and apparently on track for a release later this year. The trailer doesn’t show any gameplay, but it does attempt to set the stage for what is sure to follow. In typical World of Darkness fashion, a narrator talks about how the vampires have been around lurking in society for hundreds of years. We never once ever noticed them. Well, we have high resolution phone cameras now you assuming fiends. Prepare to get memed.

We have much to learn about the game still, but it will be a third-person experience and it appears that players will mainly take on the roles of vampires. Players will also be able to choose their clans and powers for custom playstyles. There are, however, hunters that are part of a shadowy organization called the Entity. It seems like they may be playable in some fashion as well. That means there will be guns, technology, and magic powers all causing chaos. The emphasis is clearly on the vampires though.

We have to wonder how the gameplay balancing will work out between these factions as well as how the whole battle royale aspect will work. Publisher Paradox Interactive has yet to reveal additional details like map size, player counts, and platform functionality. We do know Vampire: The Masquerade – Bloodhunt will take place in historic Prague and be free to play though, so it will be nice to check it out and give it a fair chance to impress.

Check out the Bloodhunt trailer for yourself and see what’s on the agenda for Vampire: The Masquerade. It looks like about what you should expect out of this type of game coming from this franchise. You can head over to the game’s official website to learn a little more about it and sign up for the closed alpha that’s planned for July 2.

House of Ashes gets story trailer and October release date

Elden Ring gets a gameplay trailer, release date for January 2022