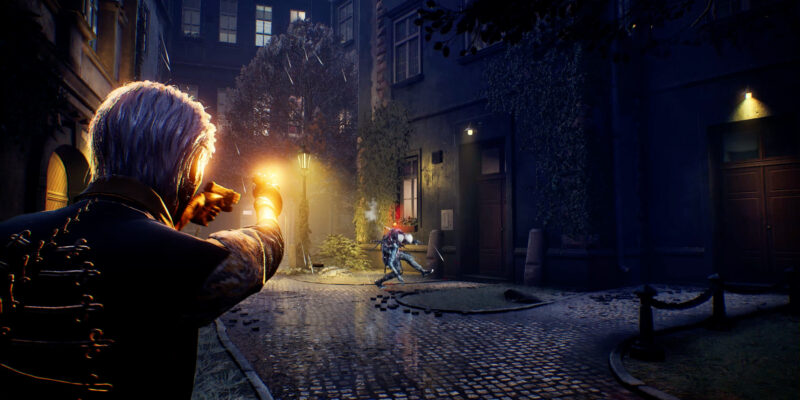 Yesterday’s PlayStation Showcase had a lot on show for both console and PC gamers. One of the titles that took to the virtual stage was the vampire battle royale set in the well-known World of Darkness, Vampire: The Masquerade – Bloodhunt. It has only just been released into Steam Early Access, but during the show, it was revealed that the game will also be released on PlayStation 5 in 2021.

This little detail tells us that a full PC release is likely to emerge before the end of the year. On the Steam Early Access page for Bloodhunt, developer Sharkmob does say that it doesn’t expect the game to be in Early Access for more than a few months.

The new Bloodhunt trailer gives you an encompassing overview of how the game plays. It shows off the three Clans and the two Archetypes in each, as well as the vampires’ abilities. You get to see a bunch of the weapons in action, along with the NPCs that hunt you down in-game. Although, in my experience, combat is a lot less smooth than the trailer lets on. Hopefully, the Early Access period helps iron out the combat kinks.

The trailer also reveals a few things not currently in Early Access. We can see areas of Prague that aren’t in the current Old Town map. There are plenty more customization options for your vampires on show too, including some bold hair color choices. There is also a pair of glasses that look a lot like Alucard’s from Hellsing. I’m into that.

Bloodhunt is a free-to-play battle royale set in the world of Vampire: The Masquerade, also known as the World of Darkness. In this world, vampires and other supernatural beings exist, but they hide in plain sight. This is known as The Masquerade.

In Bloodhunt, you need to battle 44 other vampires to be the last one standing. If you break The Masquerade by using your powers in front of a human or killing one of them, you will be revealed to the entire map. While other players are hunting you, a secret society known as the Entity will also shoot you on sight.

You can try Vampire: The Masquerade – Bloodhunt on PC right now by heading over to Steam.

Lost in Random review — Roll of the dice, take a spin of the wheel