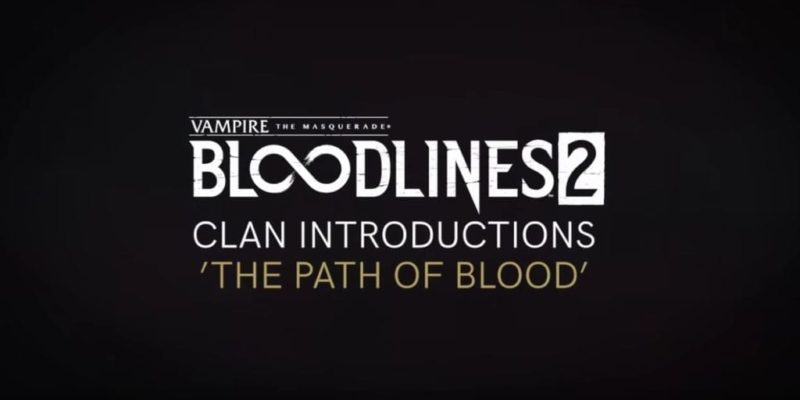 A new trailer for the upcoming game Vampire: The Masquerade – Bloodlines 2 released earlier today, showing of one of the new clans, the Tremere. This clan follows “The Path of Blood,” which seems to be the source of their blood magic abilities. Instead of pursuing material things like status in the grim Seattle underworld, the Tremere chase after true knowledge.

This comes about a week after the release of a video detailing another of Vampire: The Masquerade‘s clans, the Brujah, and about two weeks after the introduction of the Thinbloods. Check out the reveal trailer for the new clan below.

Powers Of The Tremere

The Tremere, known for their Discipline in Blood Sorcery, have access to the following abilities:

The use of these skills can lead to a “Masquerade Violation” if conducted in front of a witness. With vampires trying to remain secretive, making people explode into flaming blood or causing giant blood spikes to pop up tends to make normal humans sit up and take notice. You can imagine that this is frowned upon by vampiric society as a whole.

Paradox Interactive, developer behind Vampire: The Masquerade – Bloodlines 2, explains a little bit more about the Tremere’s role. “Tremere were not allowed in significant numbers throughout Seattle’s history, though that has changed recently.” It seems that though the Tremere are tolerated in Seattle, the other clans do not welcome them. “Still, the blood magic of the Tremere cannot be denied as a force to be respected. Whether or not the Tremere are here to stay is another matter entirely…” The game’s website indicates that there are three more clans still to be announced.

Returning To The World Of Darkness

Vampire: The Masquerade – Bloodlines 2 is the follow-up to 2004’s first Bloodlines title. Set in the World of Darkness universe, the game follows a recently-turned vampire through the dark alleys of Seattle. It focuses in large part on the political struggle between the rival clans, which is likely why Paradox has been releasing these brief videos. Players will choose which clans to side with in the upcoming struggle to control the Blood Trade.

Vampire: The Masquerade – Bloodlines 2 is planned for a release on PC, PlayStation 4, and Xbox One. It will launch sometime in Q1 2020.