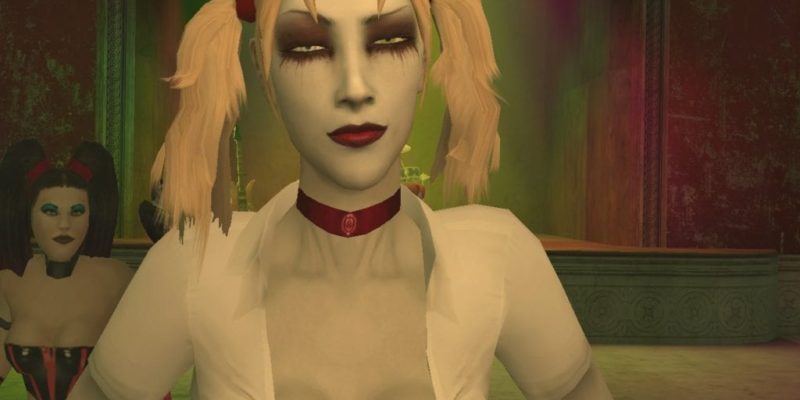 Vampire the Masquerade: Bloodlines fan remake ‘Project Vaulderie’ has been shut down, probably for good, by a cease and desist from CCP. Eve Online developer CCP are the current World of Darkness license/IP holders (at least in videogame terms); their recently cancelled MMO was set in the White Wolf created pen and paper universe.

Perhaps even more pertinent to this situation, CCP described the World of Darkness IP as “very valuable” to them. Even after the MMO was axed.

Project Vaulderie aimed to recreate the original, and much-beloved Troika RPG Vampire the Masquerade: Bloodlines in the Unity engine. The team behind it also had plans to open the game up for modding. It was a non-commercial fan project (though did accept donations.)

Today’s update post makes it clear that CCP (or their legal team, at least) were not at all happy with the unauthorised use of Bloodlines names, locations or anything else to do with the original game. Without which, of course, Project Vaulderie can’t really progress.

The development team says it had been pursuing copyright discussions with Activision, believing that the rights to Bloodlines were still under their control. However, the CCP cease and desist letter challenges that assumption, stating: “While Activision retains certain rights to the game it created, CCP continues to own all other rights associated with Vampire: The Masquerade, including the copyrights and trademarks noted above.”

This, unfortunately, is an all-too-common turn of events with fan remake projects. While CCP obviously has the right to protect its license (and has probably been pressured into doing so by an eager legal team,) the “defending” company can never come out of a situation where they’ve shut down a non-commercial labour of love looking good.

Basically, everyone loses. CCP end up looking terrible, Project Vaulderie has to cease, and nobody gets to play a Unity remake of Vampire the Masquerade: Bloodlines. Boo.