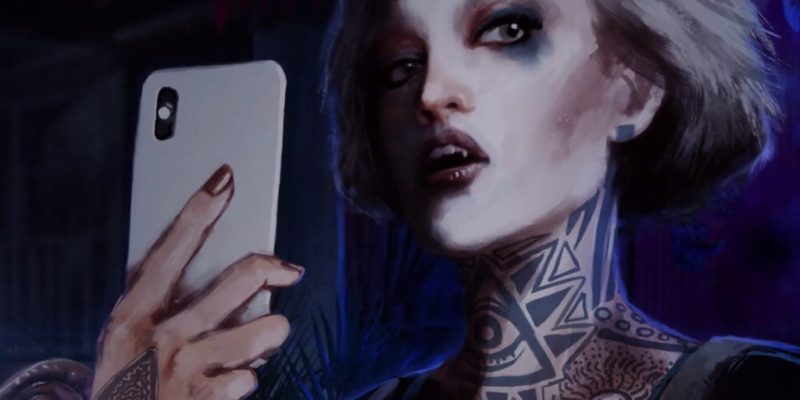 Vampire: The Masquerade – Coteries of New York is a text-based game that was previously announced for a December 4 release. Many of the “Companions” featured within it have been showcased in a series of trailers. The game’s developer, Draw Distance, made it a bit easier for you to view all of the companions by compiling them into one video. Accompanying the new trailer, an announcement was also made that Vampire: The Masquerade – Coteries of New York will see a delay. It will now release on December 11.

There are a few companions to seek out on the streets of New York, and all of their videos have been compiled into one. However, if you’d like to check them out individually, you can see D’Angelo – Nosferatu, Tamika, Agathon – Tremere, and Hope – Malkavian. It’s easy to see how each of these relationships and clans will shape how your adventure will play out. After all, each is from completely different backgrounds and locations.

“The reason behind the release delay of Coteries of New York is simple – we decided to give ourselves more time to get rid of bugs and further polish the visual side of our game. We’re doing our best to provide you with the highest quality product we can and we believe that this decision brings us closer to achieving this goal (and that, my friends, is the good part!)” – Draw Distance Development Team

Delaying both titles might raise some red flags. But, as said with Vampire: The Masquerade – Bloodlines 2, the goal is to not repeat past mistakes. In the delay announcement from Hardsuit Labs regarding the delay on Bloodlines 2, the team wrote, “On the flip side, there’s the responsibility to avoid some of the issues that plagued the first game, which was famously launched too early. Over the last few months, it became clear that to stick to our original date would risk repeating that mistake.”

Vampire: The Masquerade – Coteries of New York will now release on December 11 on PC via Steam, GOG, and worldwide through other digital distributors. There is also an Xbox One, PlayStation 4, and Switch version planned for Q1 2020. It hasn’t been noted at this time if those other platforms will receive a date or delay for their release.

Rayman Legends is free this week on Epic Games Store