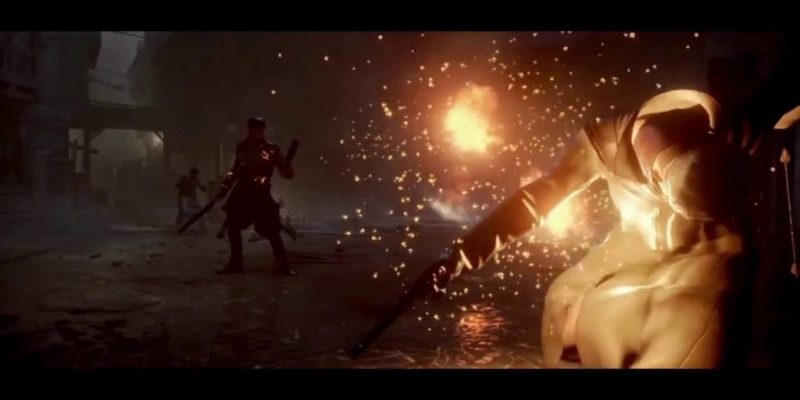 Dintnod has joined the E3 trailer fun and released a trailer for their upcoming RPG Vampyr which was announced last year.

Vampyr is an action-RPG set in 1918 London, and you take the role of Jonathan Reid, a doctor and World War I veteran coming to terms with – and seeking a cure for – his vampirism. While this trailer shows off quite a lot of the action side of things (stabbing people with giant blood pillars, for instance) Vampyr looks like it’s going to have quite a lot in common with Life is Strange in terms of having some really brutal choices to make.

For instance, combat doesn’t actually give you much experience, while feeding on the innocent does. However, killing too many people in a district can cause its infrastructure to collapse, and every life taken will cause a butterfly effect of sorts. Killing a merchant’s wife might cause the merchant to close up shop and leave London, for instance, so your decisions on who to bite might just come back to bite you.

Considering the only thing that made me interested in Vampyr before was “it’s by Dontnod”, I’m now a lot more excited to see how it turns out. Vampyr will be enthralling you in 2017.

Steam has a fake review problem