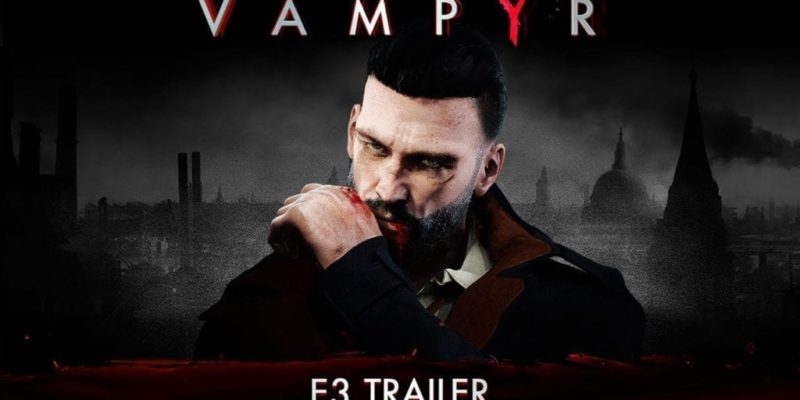 Focus Home Interactive have released their E3 trailer for Vampyr, their upcoming action-RPG. After the success of Life is Strange, Dontnod Entertainment had a license to create pretty much whatever they fancied, and what they have chosen is an Unreal Engine 4 powered vampire tale set in 1918 London. This beautifully directed trailer takes us on a tour of London and shows some of the factions involved in the game as well as giving us a taste of the general mood and themes that the game will have. Here’s the official description for the game and the new trailer –

You are Dr. Jonathan Reid, a famous surgeon home from the Great War and recently turned into a vampire against your own will. As a doctor, you have taken an oath to save lives and take care of the sick. As a vampire, you are cursed to hunt those you vowed to heal.
To survive against deadly foes roaming the streets – vampire hunters, undead Skal and other monstrosities – you will need to choose which civilians to feed on, so you can grow stronger and evolve your vampiric abilities. Use your unholy powers to manipulate and delve into the lives of those around you – but be prepared to live with the consequences of your actions. A web of interconnected citizens with unique lives and relationships react to your decisions, and killing just one may cause the downfall of an entire city district. Your actions will save or doom London.

Vampyr will launch for PC, PlayStation 4, and Xbox One later in the year.

Black The Fall to launch on 11th July