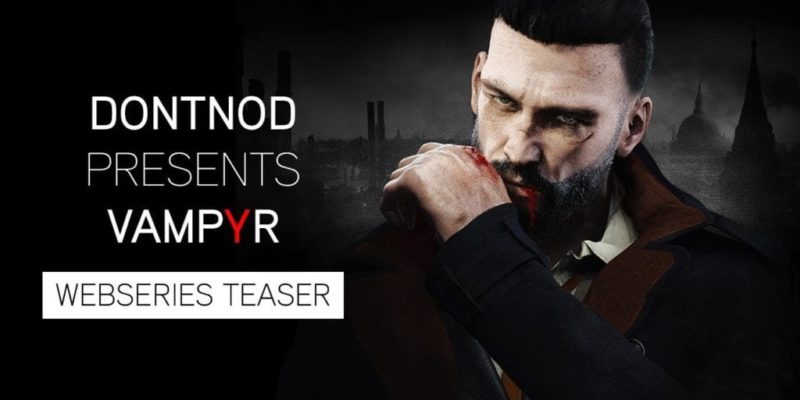 DONTNOD is set to release a four-part web series which will reveal what it takes to bring the narrative-driven RPG Vampyr to life.

Each episode will be five minutes long and will include new gameplay footage while providing an insight into the development process.  The first episode called ‘Making Monsters’ will help viewers understand the game’s protagonist Jonathan Reid as he struggles with his vampire/doctor persona. The episodes start releasing on 18 January and will release in this order.