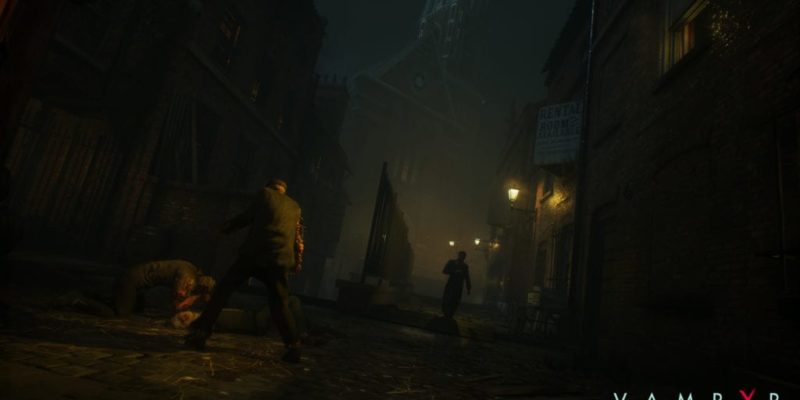 Dontnod’s (Life is Strange) upcoming post-WW1 vampire RPG is still set for release in 2017, so it’s a fair way off; but it does now have some in-game shots.

Predictably, Vampyr’s images are rather on the dark side. They look like they share a lot with the older, great Thief titles (hurrah), except with more chromatic aberration (boo). In the game, London’s population has been laid low by the Spanish Flu, hence the internal hospital shot looking a bit on the chaotic side.

Elsewhere, the streets and back-alleys are looking suitably gloomy and fog-bound.