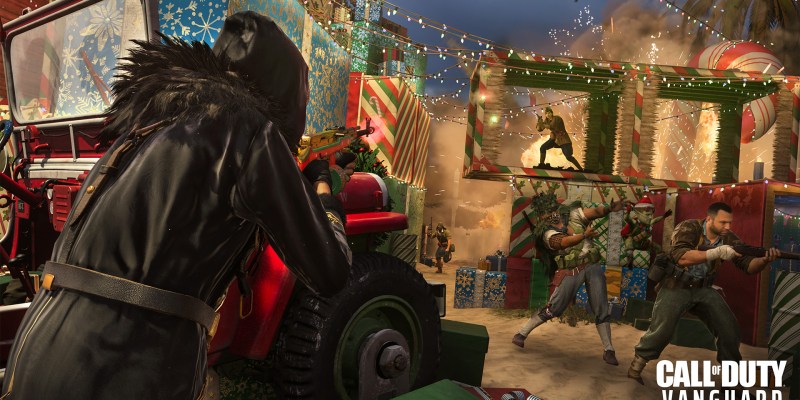 The holidays are just around the corner, and Call of Duty is joining in with the celebrations. The Vanguard and Warzone Pacific Festive Fervor Holiday Event will see the return of a popular game mode and bring some surprises along the way.

Sledgehammer Games is welcoming back a yuletide game type. The Armageddon mode, or Drop Zone to you and me, has appeared in multiple Call of Duty titles. Here, teams will fight for control of a rotating zone where care packages will drop. However, Vanguard‘s version of Drop Zone will have a twist. Points will only be scored by earning kills, and bonus points will be up for grabs with kills earned by killstreaks.

Depending on whether you are naughty or nice, you will either be greeted by the Elf Team Six or Krampus. If you take down the Elf Team Six members who are hidden around multiplayer maps, you will earn match score and kill streak progression. On the other hand, Krampus will target whoever has a low objective score, or players who camp in team deathmatch. You will want to make sure you are playing the objective to save yourself from humiliation.

A Call of Duty Christmas brings mythical creatures and gnomes

The celebrations will continue into Warzone Pacific. You will find Festive trees marked on the Caldera map, and staying in the tree’s zone will cause supply drops full of loot to appear. Krampus will also cause chaos in Caldera and Rebirth Island. His hunt is described as being more random compared to his visit in Vanguard. With that being said, he does tend to track down players who receive coal from holiday crates. If that was not enough, gnomes will also roam around Warzone Pacific. Destroying them will grant you rewards such as calling cards and double XP tokens.

Call of Duty: Vanguard and Warzone Pacific Festive Fervor is set to begin on December 16. 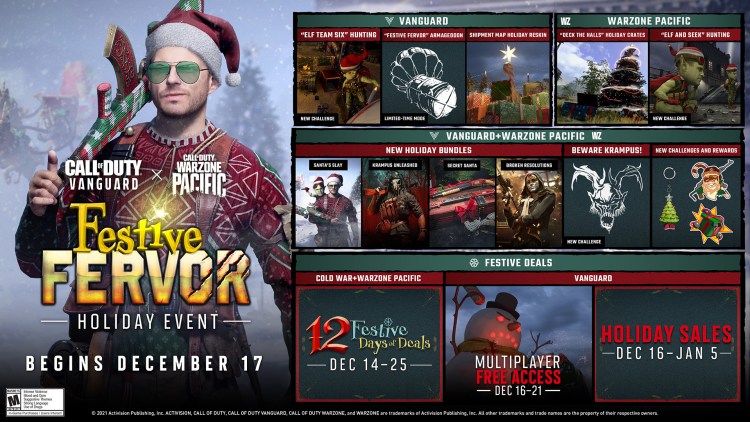 Total War Saga: Troy – Rhesus and Memnon DLC — Is it worth it?